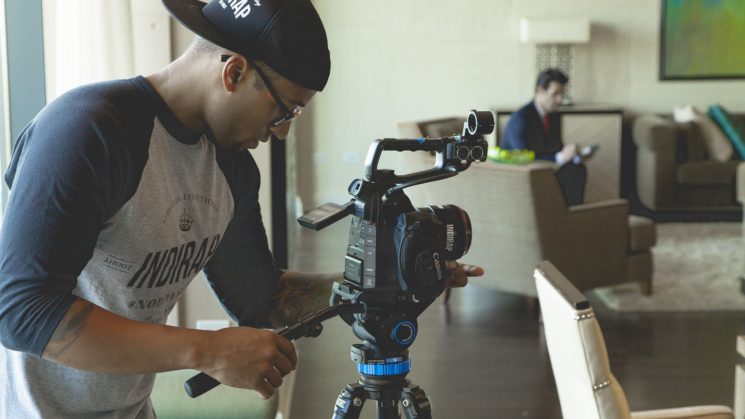 Whether it’s just for fun, or to expand their offer, many photographers decide to start shooting videos in addition to photography. But although there are similarities between shooting photos and video, there are also are differences that leave a lot of room for mistakes. If you’re a photographer just switching to video, make sure to watch this video from Teppo Haapoja and avoid five most common mistakes new videographers make.

When you start shooting video, 60fps may look smooth. It sure can look good, and it has its purpose – but it won’t give you the cinematic look of your videos. So, make sure to shoot at 24fps for, so to say, “regular” videos. If you shoot slow motion, then you should shoot at 60fps or higher. And in this article, you can learn more about frame rates and how they affect your videos.

2. Not doubling the shutter

Now, there’s another problem. When shooting in daylight or any other bright light with the shutter speed of 1/50, your shots will be overexposed. To solve this, you’ll need ND filters to cut out some light. This way you can shoot at a relatively slow shutter speed while still using a wide aperture.

To be fair, shooting handheld has its applications and we’ve seen it in plenty of movies. However, there will probably be more situations when you’ll want smooth, stable shots. In-body camera stabilization helps, but you can’t entirely rely on it.

Happo suggests using gimbals and glidecams to get smooth shots if you still don’t know tips and tricks for keeping the camera stable while shooting handheld. In my opinion, it’s better not to spend too much money on fancy gear if you’re just starting out. So, opt for a budget version or DIY it. And after all, start learning those tips and tricks so you can get smooth shots even when you’re shooting handheld.

4. Not using a flat profile

When you’re shooting raw images, you get a lot of freedom in post to edit your photos and give them the look you want. You want to give yourself this freedom when shooting video too – and this is why you should shoot in a flat picture profile. It looks dull, but it allows you to play with the footage and shape it as you like in terms of color, contrast, and color grading.

As previously mentioned, shooting raw images leaves you a lot to work with even if something gets a little off. But when shooting video, you should pay attention to setting your white balance and exposure correctly. Video doesn’t allow as much forgiveness as you have with photos, so make sure to get your exposure and white balance right in-camera.

If you’re a photographer who has switched to video, can you relate to these mistakes? Did you make them as well when you were starting out?

These five mistakes are crucial to avoid in landscape photography

Are these five mistakes holding you back in your photography career?

« The Hollyland Mars 300 is an affordable HDMI transmitter with decent performance
Retouching Toolkit 3.1 for Photoshop lets you make your own custom Photoshop panels »