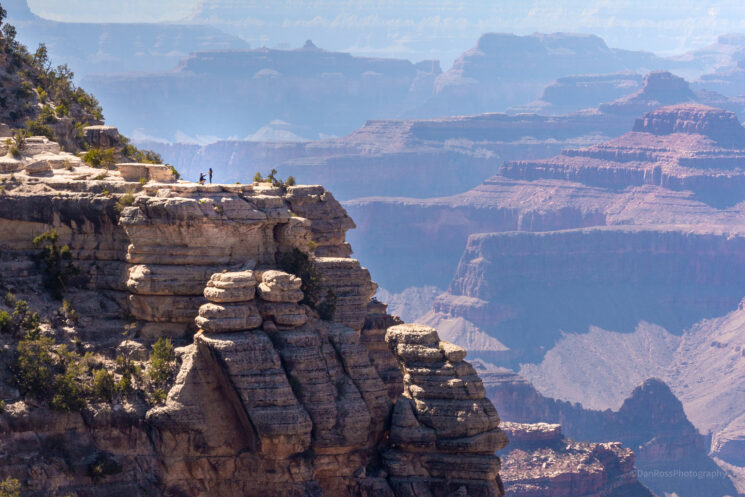 A photographer was visiting the Grand Canyon with friends last week when he happened to take a beautiful shot that included a couple getting engaged in the distance. Now he’d like help locating the couple so that he can gift them a copy of his photograph as a memento of their special moment.

“I was on a road trip with some friends when we stopped off at the south Kaibab trail on the southern Rim,” says photographer Dan Chatfield. “I was taking different shots of the landscape when I spotted some people in the distance in isolation. I thought it’d make an interesting focal point so took the shot.”

However it wasn’t until later on when Dan was processing the images that he was able to zoom in, and that’s when it dawned on him that the couple were actually proposing to one another. “I thought the shot was great and they added so much to it with that act I wanted to see if I could find them and gift them a high res copy of the photo,” Dan says. 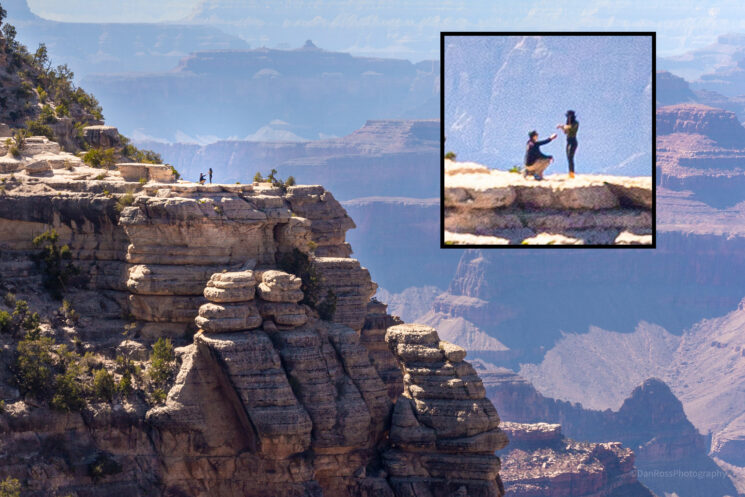 The photograph was taken on May 25th at around 3:30 pm. We assume that the couple is proposing marriage and not just tying their shoe laces as one Redditor suggested when Dan created a thread looking for help locating the couple. Another quipped that she was going to have to say ‘yes’ seeing as the guy was blocking her only safe exit away from the cliff edge!

Joking aside, this is a very sweet moment and shows the power of adding a figure into a scene. A beautiful landscape image is suddenly elevated to much more than that.

Sadly though, at the time of writing, no one has been able to positively identify the couple. “This is a photo that only really means something to me and my friends who were with me and that couple,” says Dan. “I wanted to share that. We’ve had some maybes and are waiting for confirmation but so far, despite 5 million views on that post alone we haven’t had anyone confirm it’s definitely them,” he adds.

Perhaps she didn’t say yes after all and that’s why no one has come forward. We may never know, it’s what you might call a real cliffhanger!

If you think you do recognize this couple then you can contact Dan via his Instagram. DIYP wish Dan the best of luck in his search and to the couple themselves.

« This is how ARRI tests the durability of its high end pro cinema cameras
Is Photoshop ruining photography or is it actually helping it? »