Tone Curve is one of the essential tools in photo editing. However, it may not be easy to understand how it actually works. This video shows exactly this – what logic stands behind the Tone Curve, how they work, and what you should and shouldn’t do with them. If you are new to Tone Curve and not exactly sure how it works, you’ll have it explained in just a few minutes. There are some useful tips for learning and exploring this tool further.

I have to admit, Tone Curve was the tool I dreaded for a long time. It’s always been pretty illogical and non-intuitive to me. Still, this is the tool you can use for all sorts of tonal adjustments, and even apply it to individual channels. You can find it in most editing software, such as Photoshop, Lightroom, Capture One, Premiere, After Effects, and even Lightroom Mobile. So, it’s pretty useful to understand how it works and to use it for your photography.

The video suggests you should start learning using Photoshop. But I learned it when I started using Lightroom, so I’d say there’s no rule here, as long as you learn and practice.

How to use Tone Curve

If you’re new to Tone Curve, you know it enhances the brightness and contrast of the image as you add dots or create a curve. But why does it do that?

When you pull the curve upwards, the software maps the tone in the bottom to be the same as the tone on the left, which is brighter. As a result, you get a brighter image. 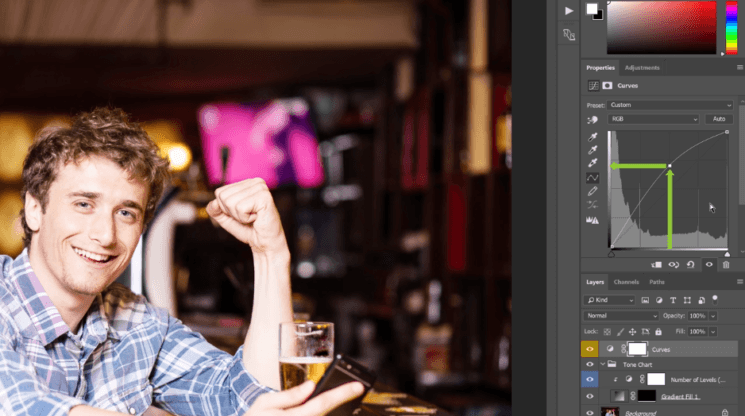 The points you add will tell the software to remap the tones from the bottom chart to the left chart. If you create and “S” curve, it creates contrast, because this makes the shadows darker and highlights brighter. 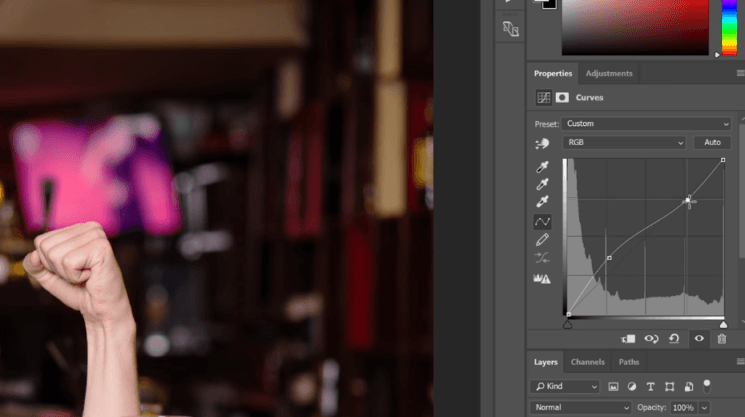 It may be useful to memorize the shapes that give certain results, but you’ll soon notice it’s very limiting. Instead, you should develop an instinctive feeling for working with Tone Curve. One of the good ways to do this is by using a tone chart technique. You can download a free tone chart Photoshop action here, and here is the video to see how it works.

You can select the tones from the photo for automatic adjustment. But instead of selecting from the photo, use the Direct Selection tool and drag on the tone chart. The brightness and contrast of the image will change, and you’ll see the Tone Curve changing in real time. By following the changes, you’ll soon get the feeling how Tone Curve tool works.

Be careful of the “wiggly lines”, which occur when you have several points on the line that are too close to each other. If this happens, the tones will look weird and very unnatural. If this happens, remove some of the points and create a smooth curve.

Getting started with RGB Tone Curve

You can use the Tone Curve on individual channels to edit different tonal areas in the image. Choose the channel you want to edit from the drop-down menu. If your photo is in CMYK, you will see cyan, magenta, yellow and black channel. But the photos are usually RGB, so you’ll see red, green and blue.

Instead of tweaking these channels directly in the layer, you can do it via Tone Curve. You can edit each channel individually and change the brightness and contrast of each of them separately. These changes will affect the tint of the image. 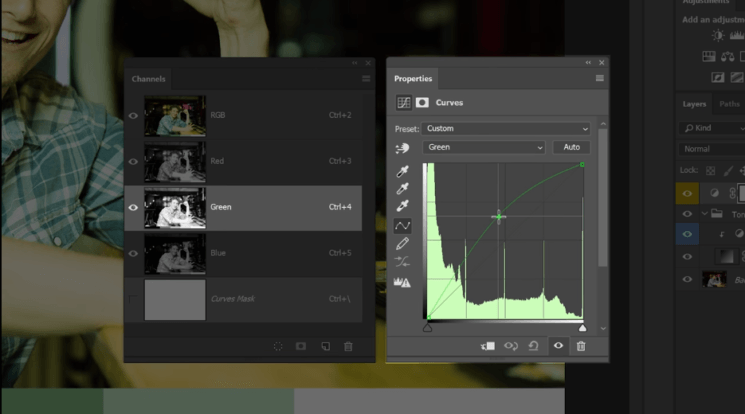 Again, you can use the tone chart technique to practice and get the feeling how each change works. You can get a lot of different looks and add a whole lot of effects to the images by using only one tool.

I hope this tutorial helped you understand better how the Tone Curve works and what exactly it does. If you’re new to them, don’t hesitate to play with this tool in any editing software you use. Practice a lot, use the tone chart technique and observe the changes. You should soon get the feeling how it works and you’ll be able to make all sorts of changes to your photos with equal success.

How to use curves to fix any colour problem!

Four reasons why Curves beats other tools in Photoshop