I’m excited to be showing this video tutorial to you guys. One of my shoots have been cancelled and we already had everything in place and so we set out to create this photo. Aside the actual photo (which you can see below), I’ve been given the opportunity to work with some awesome textures from the DIYP texture store.

Of course there’s a lot of resources to get your textures and backgrounds from, and for lots of reasons it would be wise to create your own textures and backgrounds. But every now and then you’re inspired with an idea that just needs to be made, and you don’t have the time to shoot skeletons, lens flares, or go to Venice to make it happen. And maybe your a digital artist who doesn’t have the means to shoot all the elements you need.

Then it’s nice to know there’s a place where you can find practically everything you need to work with. I’m always on the lookout for good quality textures to use, and these sets are amazing. (I’ve even helped develop some myself ;-) Check check out all the textures I used here! But first, here is the breakdown:

So this video is actually born out of randomness and some bad weather. I had planned a photoshoot with a model and a good friend, outside, in the forest, with a light dress…All was well planned, and we were all excited to go out and shoot….but then the weather turned, rain was due and the temperature was dropping fast. And our model was just recovering from a cold, so we did the sensible thing and called it off, that’s how we roll ;-)

But since the timeslot was planned and we didn’t have anything else to do, we put out a casting call for some indoor shooting with actually no idea what we were going to shoot conceptually.

I love randomness like this, since it frees up your mind to just go with the flow, and see what happens naturally. And it leaves room to experiment, without having anyone rush you.

So both me and my friend had some global ideas and experiments we wanted to work out, and just have some great fun.

I didn’t know the model that well, but to my surprise she had an amazing face and character to work with, and new ideas soon came up.

I’ve been dying to work with my new awesome light tool (which you can see in the original image), which is just a pingpong ball attached to a makeshift snoot on my LumoPro flash. This way I can add very controlled “magic” light on my subject, and since it’s a blue ball, it gives off an even more magical blue glow on my model.

The setup isn’t perfect, it could use a higher light output, but that’s where experimentation comes from right.

We set up in the main factory hall near my studio, and worked out some amazing images. And I’d like to walk you through the compositing process of this image. 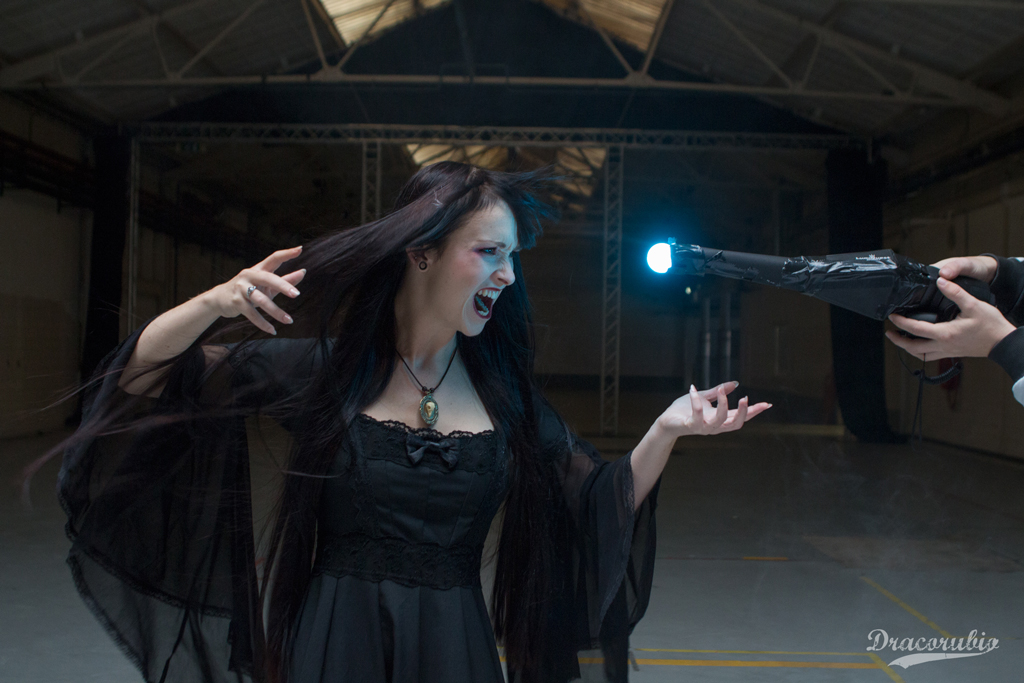 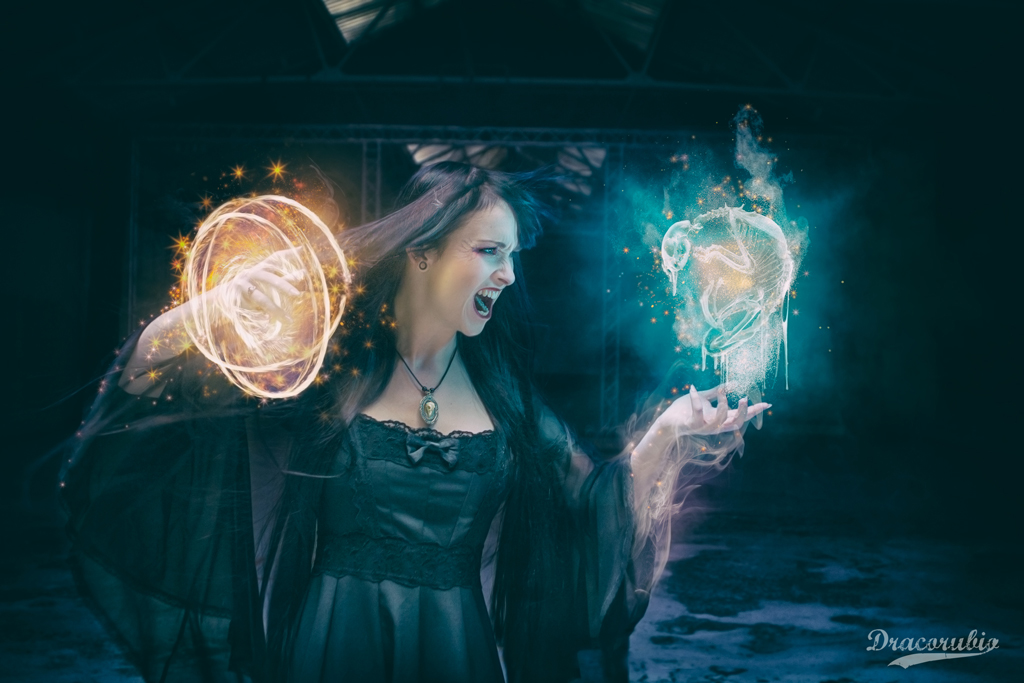 The initial idea is quite clear, I have this sorceress, with a blue glow above her hand, so she must be conjuring something.

Now all I need is to add the thing she’s magically conjuring up.

I do hope you find this article insightful and may it help you get started using the amazing textures and images in the DIYP texture store.

« Apollo Mission Images Released, And They Are Out Of This World!
3 Unexpected Brand Wars On The 2015 Battlefield »