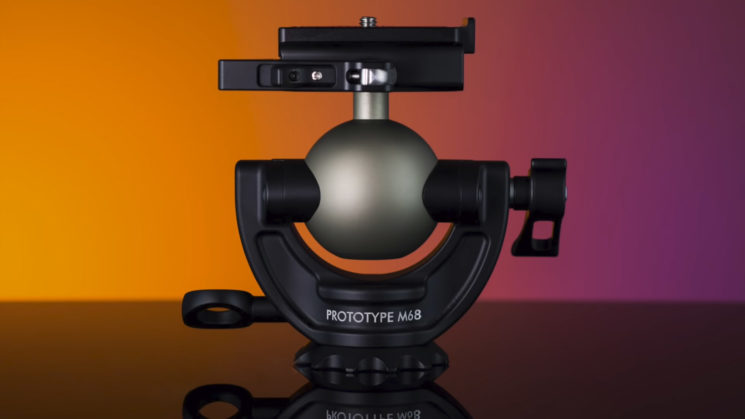 It wasn’t too long ago that we thought carbon fibre was the answer to all of our tripod woes. A material that makes our tripods lighter and stronger at the same time. But according to new startup, the Colorado Tripod Company, that’s not the only material from which tripods can benefit. They’re planning to incorporate titanium, too.

The company is launching a new titanium ballhead and tripod through Kickstarter. There are also aluminium versions of both, along with a slightly unusual style “open” ballhead (the one pictured above). The campaign is already fully funded, and still has 27 days left to go

Building a ball head out of titanium is no easy task, and just as we see a price increase in carbon vs aluminium tripod legs, there’s a big price difference between aluminium and titanium heads, too. COTC’s new Highlight Ballhead comes in two flavours. There’s your standard aluminium at a mere $79 ($99 once the campaign’s over) and then the titanium version for $399 ($499 once the campaign ends). 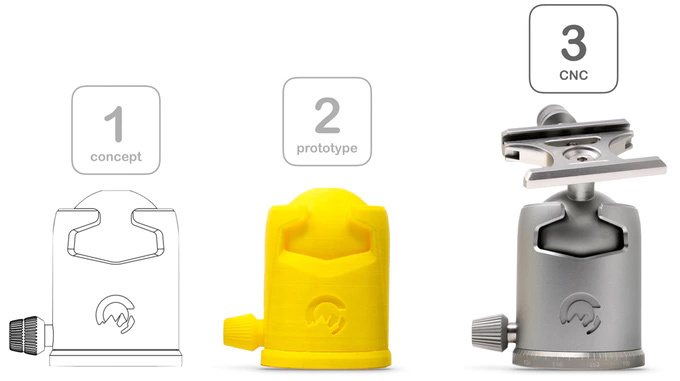 The Highline ball heads are both machined from a solid block of either aluminium or titanium. They say that machining allows them to get tolerances much tighter than casting metal can offer. The titanium version also allows for the production of a lightweight hollowball, which reduces the ball weight by 52% while still keeping incredible strength. For comparison, the aluminium ball weight is 125g, while the titanium is a mere 65g.

Another ballhead the company is launching through the campaign is their Aspen aluminium head. And it sure offers an interesting design over most of the ballheads we see today. 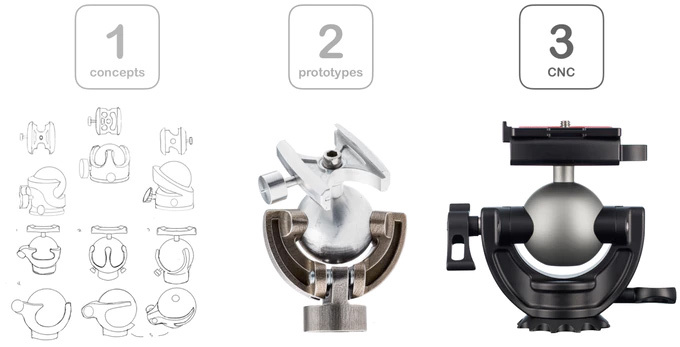 The Aspen, too, is CNC machined. They say that the Aspen is optimised for mirrorless cameras (although they demo it with a DSLR on the campaign page) and has a 25lb locking force. The design offers a pretty crazy range of motion and it weighs 16oz. It’s currently $179 through the Kickstarter campaign and will be $199 when they go on general sale.

A pair of tripods is also being launched along with the new ballheads. Called the Centennial Tripod, the leg sections themselves are carbon fibre while the hardware is available in either aluminium or titanium. As with the ball heads above, there’s a significant difference in price between the two, with the aluminium version at $249 ($299 retail) and the titanium version at $799 ($899 retail). 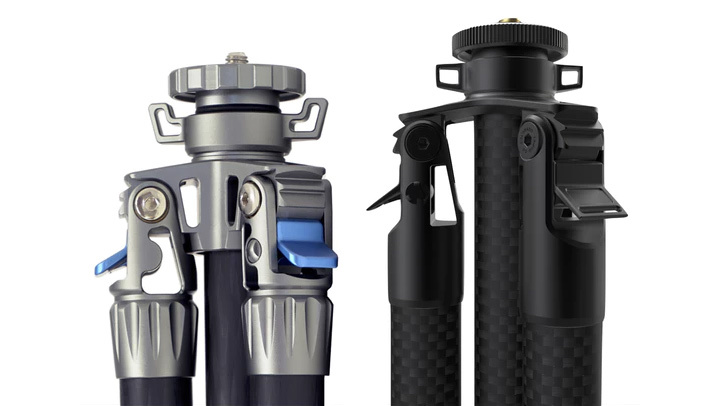 With carbon fibre already bringing the weight of tripods right down, the titanium goes even further. The aluminium version of the Centennial weighs a fairly light 3.5lbs, but the titanium version weighs less than 3lbs. Beyond the material used and weight, both tripods are largely identical.

The campaign is already fully funded with 27 days still left to go. If you want to find out more, and maybe get yourself a $900 titanium tripod, head on over to Kickstarter. Deliveries are expected to ship in March 2019.