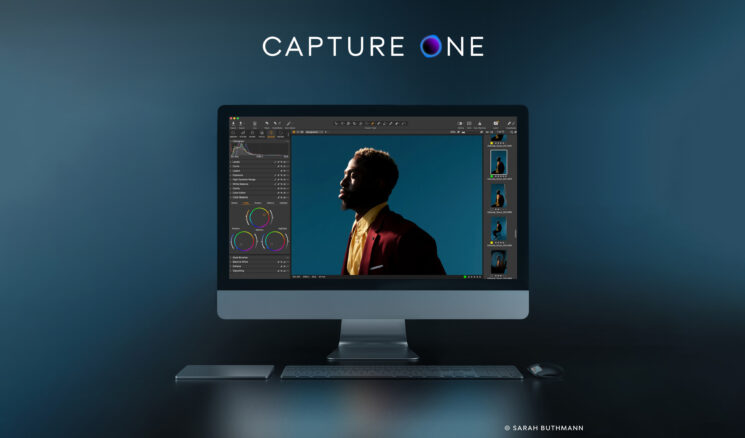 Capture One has announced the newest v15.3.0 update for Capture One 22. It brings with it a number of features for Sony and Canon shooters who want to shoot tethered and brings new tools like the Magic Eraser. It also sees a Tool Panel redesign, easier watermarking, support for the Canon EOS M50 II and EOS R5C along with a bunch of new Canon lenses.

The company is also gearing up to release its Capture One iPad app later this month and the latest Capture One 22 update lays some of the foundations for that with Cloud Transfer to easily sync up and send files over to your iPad. The latest update also brings a bunch of extra little features to help improve the overall user experience

We’ll get the iPad thing out of the way first because Capture One is not announcing the iPad app just yet, but it is on the way – at some point in the next couple of weeks, according to the press release. This update for Capture One 22 just implements the Cloud Transfer feature that will allow you to transfer your work from the desktop to the tablet (and presumably vice versa) so that you can edit images with both.

In March, for the first time, we as a company shared our vision for Capture One as a multi- platform ecosystem for creatives, and laid out our roadmap for getting there; it was a product of listening to our users and being ambitious for them and the community. It began with Capture One Live, and now we are moving into Capture One for iPad, with this release being a critical step into the future we are building. It’s always rewarding to see the marks of progress, but I’d be remiss not to mention it’s also an exciting time.

So, it’s not here yet, but it is coming soon, so if you’re starting to feel a little excited at the prospect of using Capture One on your iPad… Go right ahead. Knock yourself out!

Now, the tethering. Support has been added for tethering with a bunch of Sony cameras over WiFi without the need for any cables. Capture One says the functionality is identical to when using a USB cable, and now supports the following cameras:

Canon also sees a little tethering love with this update, as you now have the option to save to either the computer or the camera’s memory card – or both – when shooting, allowing you to shoot backups as you go or to be able to offer a live preview while shooting but then still pull the images off the card when you get back to your editing computer. And speaking of Canon, new camera support has been added for the Canon EOS R5c and EOS M50 Mark II. Support has also been added for several new Canon lenses, too, including the Canon RF 24-240mm F4-6.3 IS USM, Canon RF 100-500mm F4.5-7.1 L IS USM, Canon RF 800mm F5.6L IS USM and Canon RF 1200mm F8L IS USM.

A new Magic Eraser has been added, which they say offers similar functionality to the Magic Brush, but allows you to easily remove parts of masks on similar areas such as sky, skin, etc. You can even link the settings of the Magic Eraser with the Magic Brush so that they both work in the same way. Adjust one, it adjusts them both – very handy when you’re alternating between the two to refine your masks.

The Tool Panel has also seen a redesign, which Capture One says is to allow an easier and more predictable interface that aligns with how Capture One will look on the iPad. You get new, bigger icons for all the Tool Tabs, labels below each to explain what it is, fewer tabs thanks to rearranged tools, and easy access to customisation options – like turning those labels off if they annoy you. Workspaces are automatically backed up when you make changes so that you can revert back to your previous setup if you don’t like it.

There are a large number of other minor features and user experience improvements along with bug fixes in the new 15.3.0 update, too. You can read the complete release notes here. The update is available now and can be updated from within the Capture One 22 application itself.