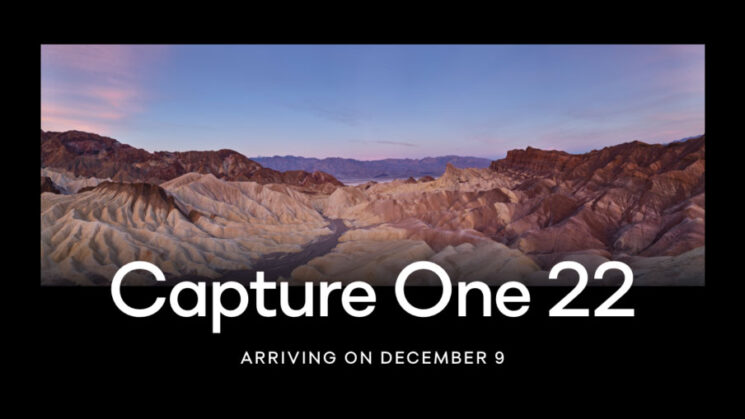 Capture One has announced its new Capture One 22 software. Or at least, they’ve announced that it’s coming. With a release date of December 9th, it brings with it two pretty significant and highly requested features. The first is native panoramic stitching. Yes, that’s right. No longer do you need to export them out and bring them into another piece of software, you can now stitch from within Capture One itself straight from your raw files.

The new Capture One 22 is also able to create merged HDR files within the software as well, allowing you to exceed the dynamic range of just a single raw file for maximum versatility in high contrast scenes. Unfortunately, there’s no teaser video yet showing these new features in action, but they do have a live stream scheduled on their YouTube channel for December 9th when it’s officially released.

Create high dynamic range images in just a few clicks. By combining multiple RAW images in varying exposures, you can create a final result that lets you pull details out of your image like never before. Use the full creative freedom of Capture One’s powerful editing tools to adjust your image – boost shadows, create rich contrast, and much more.

Time is money – spare yourself hours of manual rotation in your workflow with the ability to auto rotate huge image batches simultaneously.

The newest version of Capture One, Capture One 22, is being released on December 9th. You can find out more on the Capture One website.

« Meta wants your nude photos so they won’t spread on Facebook and Instagram. Yes, really
2021 BIFA photo contest winner warns us of the dangers of propaganda [mildly NSFW] »