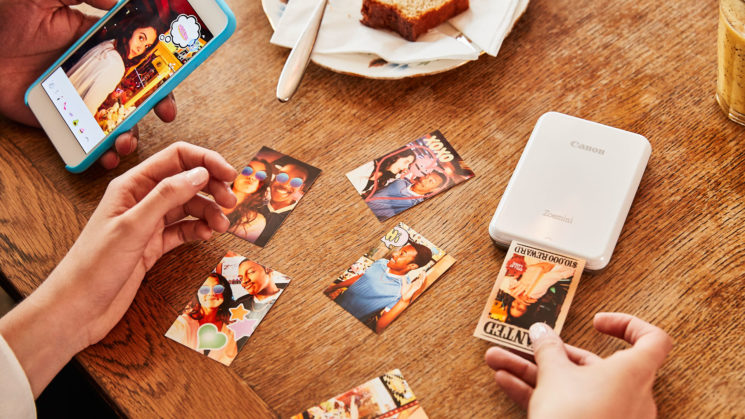 Despite some claims that photography is dead and people never print anymore, companies are still releasing printers. And not just desktop printers, either, but ones specifically designed for use with mobile phones. The latest is the newly announced Canon Zoemini. I’m not entirely sure it’s actually all that new. It looks to be identical to the Ivy announced in April.

As with the Ivy, it’s available in 3 colours (although different ones), uses ZINK technology and makes 2×3″ prints, straight from your phone. It has a form factor not much bigger than the phones used to create the images, as it’s designed to fit in your pocket. It weighs a mere 160g and measures 118x82x19mm.

Canon is known for naming their devices different things in different regions. Kiss vs Rebel vs a bunch of numbers with “D” on the end for their cameras, for example. So, given the closeness of the specs, it probably is just the announcement of the European release of the Ivy.

The price is a hair more expensive, though, on this side of the pond. The Ivy retails for around $129 in the USA. The Zoemini, will be £119/€139 ($160) when it’s released. It will be available in white, rose gold and black and will start shipping in September.

Print refill packs will be available in capacities of 20 and 50 prints and the Zoemini will be compatible with both iOS and Android. No word on prices for those yet.