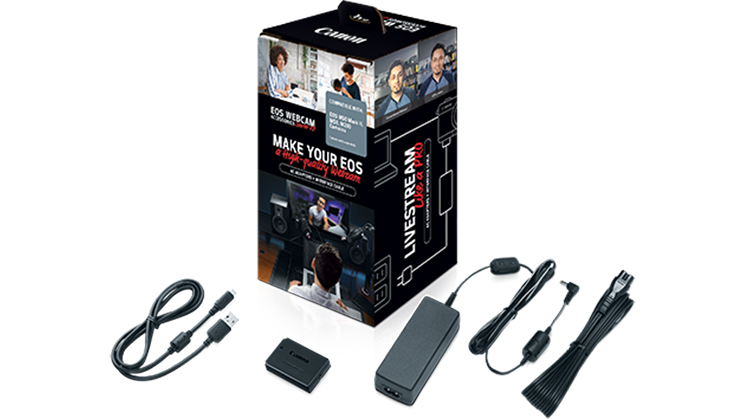 If you’d like to turn your Canon DSLR or mirrorless into a webcam, it’s been possible for quite a while now. But to make it even easier, Canon has just launched starter kits that you need to connect your camera to the computer and use as an (overkill) webcam.

The kits are available for Canon EOS RP, EOS Rebel, and select EOS M cameras. They consist of an interface cable, a DC couple, and an AC adapter – everything you need to turn your camera into a webcam. You’ll also need Canon’s Webcam Utility Software, but you can get that for free. As for the kits, the EOS M and EOS Rebel ones cost $89.99, while you’ll need to pay almost twice as much for the EOS RP kit: $159.99.

Canon released its EOS Webcam Utility Beta software almost a year ago for the reasons we all know well. It became available for macOS shortly after, and the full version arrived in November last year. Sadly, most of us still work and socializes online only, so webcams are still in high demand. Here in Serbia, it’s still difficult to find one that doesn’t cost an arm and a leg. So, turning the camera you already have into a webcam could be a handy solution. After all, it seems like we’ll need it for a while longer.