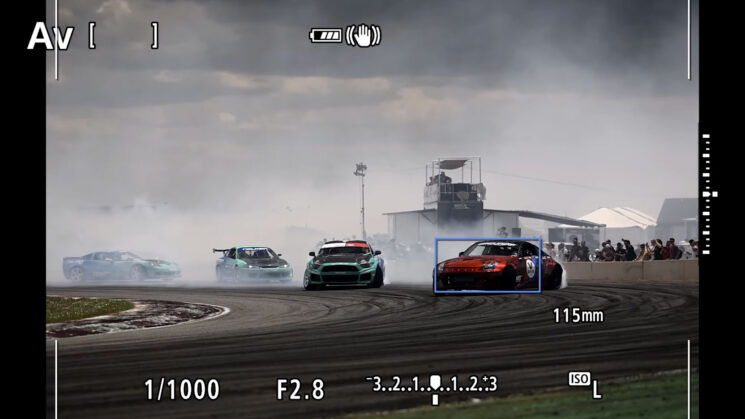 One of the great new features of the Canon EOS R3 (and the Nikon Z9, while we’re talking about it) was the addition of vehicle tracking. Designed primarily for sports shooters covering motor racing, it allows the camera to lock onto vehicles as they hurl themselves around the track at ungodly speeds. Well, that feature is coming to the Canon EOS R5 and EOS R6 on December 2nd via a firmware update.

It has a small problem, though. According to Canon, “general passenger cars, commercial vehicles, and motorcycles may not be detected”. There’s no indication as to why, but it seems that non-racing vehicles “may not” be detected. This is perhaps going to be a little tricky for motorcycles, given that street bikes and racing bikes are pretty much identical to each other, especially in Superbike racing where production bikes are used.

Still, we should probably reserve judgement until the firmware is actually available and we can all see exactly how it performs first-hand. Given that the EOS R5 and EOS R6 aren’t exactly sports shooters, it doesn’t really make much sense to make it specific to motor racing enthusiasts.

As well as the new “Vehicle Priority” mode, though – yes, that’s what Canon’s calling it – the new firmware V1.5.0 for the Canon EOS R5 and EOS R6 will also bring torso detection to the human tracking features, allowing the cameras to switch from one body part to another to try to keep a lock on subjects when the face is obscured. Eye AF has also been improved to help detect eyes when they’re being obscured by hair or shadows.

The new firmware also brings improved autofocus performance for subjects wearing helmets and goggles during sports to both the EOS R5 and EOS R6. A new 1.6.0 Firmware update also brings this functionality to the Canon EOS 1DX Mark III – just in time for the Beijing 2022 Winter Olympics in February.

The new firmware updates for the EOS 1DX Mark III, EOS R5 and EOS R6 should be available to download from the Canon website from December 2nd, 2021.

The Canon EOS R3 shoots oversampled 4K, up to 8 stops of IS and vehicle AF tracking

« Is this the best camera setting that you’re not using?
Thieves target Atlanta film industry businesses stealing over $3,000,000 in gear »