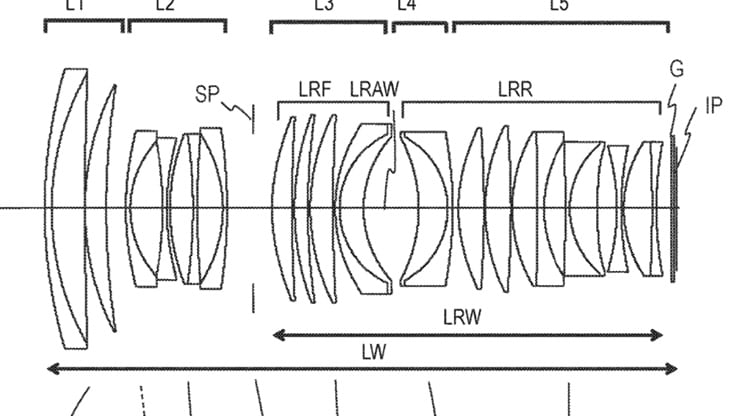 US patent #20190243111 shows how Canon is taking advantage of its large RF mount diameter to maximise aperture with the new zoom lens, offering many of the popular focal lengths favoured by portrait shooters. The breakdown of the optics shows 24 elements to utilise the constant f/1.1 aperture throughout the zoom range. 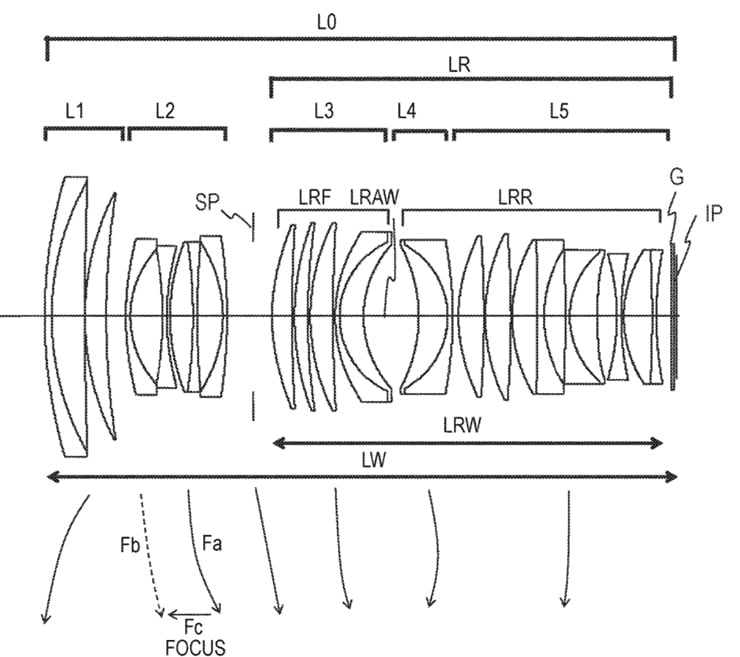 The patent also includes f/1.2, f/1.4 and f/1.8 varieties of 50-80mm zoom lenses, although it’s doubtful that Canon will actually release all four. I’d be surprised if they produce even one, and two would be miraculous.

They might go f/1.8 to muscle in on the market created by Sigma’s 18-35mm f/1.8 and 50-100mm f/1.8 zoom lenses for APS-C, for those who’ve wanted similar aperture zooms in full-frame flavour. And even at f/1.8, it’s crazy fast for a full-frame zoom, and should still provide excellent results. But, this is Canon. They might go all out with f/1.1 or f/1.2 for their highest-end customers, just because they can.