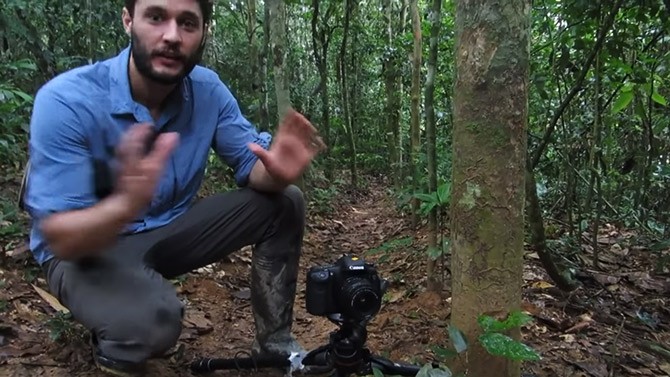 When entomologist Phil Torres, along with wildlife photographer Jeff Cremer, set up a Canon 7D and infrared sensor in the Amazon rainforest to get some shots of a jaguar or other wildlife at night, they hoped they’d thought of everything.

As it turns out, the local leafcutter ant population had very different ideas.  After chewing up much of their protection measures, the ultimate demise of the electronic equipment was caused by the weather.

The video, posted to the Jungled Diaries YouTube channel back in February, just goes to show that even if you have shot wildlife for years, and produced work for the likes of National Geographic and Discovery Channel, as Jeff has, nature always presents us with new challenges that we must overcome.

As photographers, we are always learning how to overcome such issues.  While our goal is to create photographs, we are primarily problem solvers.  Hopefully, not all of those lessons we learn will be quite so expensive.

You may be sitting there thinking “Well, just use weather sealed equipment instead of an 18-55mm kit lens“, but after seeing this recent image on Jeff’s twitter feed, one can understand why that may not actually offer much protection at all against wilful insects.

After the ants chewed through a couple of tripods, the Infrared sensor, a drybag, and parts of the camera itself, along with rain damage to other equipment, the total cost was estimated to be around $3,000.

Update: Jeff has confirmed that this was the original 7D, and that the footage was originally recorded two years ago.

Fortunately, however, the pair did have some success, and managed to capture a few shots of some very cool and unusual wildlife.

Have you or your equipment been thwarted by nature on any of your shoots?  Or were you able to anticipate and overcome?  What do you do to protect your gear out in the wild?  Let us know in the comments.

This timelapse is a whirlwind overnight tour of Saint Petersburg