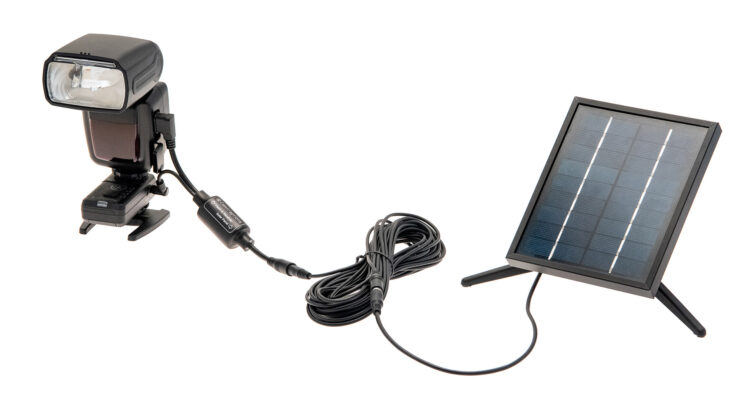 Given the date, it does sound like a practical joke, but no. Camtraptions has released a solar panel for speedlights. Yup, you heard me. It definitely seems a little odd, but there’s a practical application here that’s pretty specific. It’s for using with camera traps that are often left out in the wilderness for days or weeks at a time or around dangerous animals where you don’t have the ability to swap out batteries every day.

The solar panel essentially keeps the speedlight’s batteries topped up during the day so that it can do its thing at night without user intervention. It plugs into an adapter cable that goes into the external power socket on the Camtraptions Flashes and then charges up four Ni-MH rechargeable AA batteries inside it. 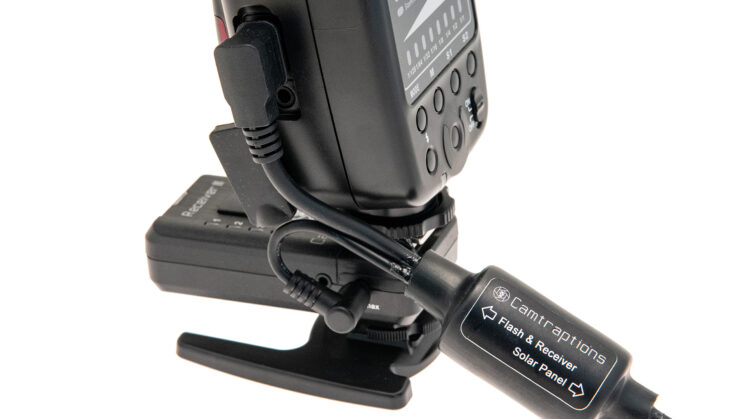 It’s an interesting idea for camera traps and overcomes one of the biggest issues with using them at night. Obviously, you need flash, but having done timelapse tests myself with flash using speedlights, the batteries don’t last very long at all (about 16 hours and getting nowhere near their max flashes-per-charge output) and powering them externally typically isn’t an option. Most speedlights that do even offer a socket for an external pack don’t allow it to recharge the internal batteries and still require batteries with a charge inside the speedlight in order to function.

The Camtraptions Flash does allow the internal batteries to be charged over that socket and the Camtraptions Solar Panels – available in 1W or 3W versions – can automate the entire process, allowing your camera to make use of flash at night to illuminate the animals that wander in front of your camera while leaving it to charge up the batteries during the day when flash is not required. 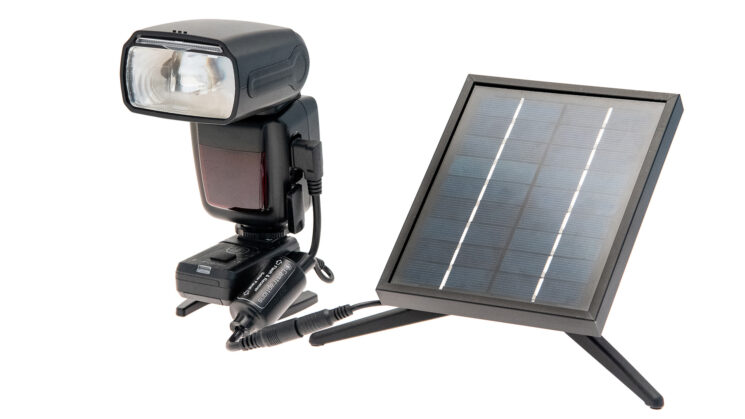 There aren’t many use cases for this product and it is very niche but it’s ideally suited to camera traps where you want to have extra light available for night shots without having to revisit the spot daily to swap out batteries. I can also potentially see it being used for long term timelapse projects where you want the consistency and control of flash in a darkened environment as long as you’re able to pop the panel somewhere that it gets sunlight throughout the day to keep topping up the batteries.