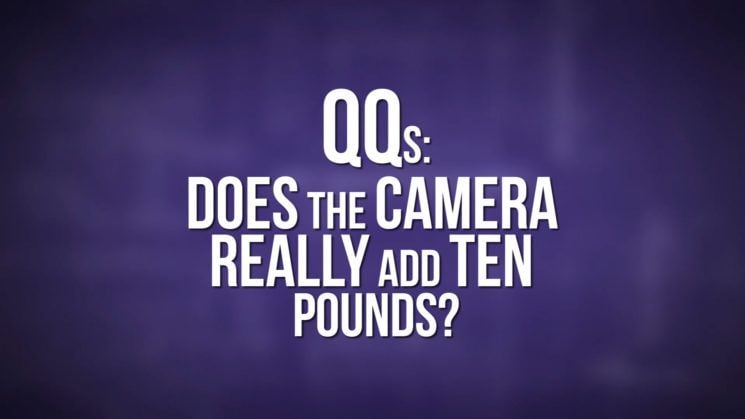 It’s a common saying that “the camera adds 10 pounds” (or 5, depending on how much you want to tell yourself). I’m sure most of us at some point have had a friend or family member look at a photo of themselves and say “OMG, I look huge!” when the truth is they don’t. Perhaps you’ve even said it yourself. But does the camera really give the illusion of being larger than you are?

That’s the topic which SciShow cover in this video. They delve in with a little bit of science in order to understand why this perception happens. Ultimately, it’s all a matter of perspective. Quite literally.

As you can see from this, it’s not as simple as a yes or no. Basically, it might. The video mentions the two major aspects of the camera itself that may determine how your size appears on the sensor.

The first is that we’re used to seeing things with binocular vision. That means, we have two eyes. Our brains compensate for this double vision, allowing us to focus on our subjects. They perceive depth, and that they’re slightly offset from each other means we can see around the edges of objects.

Cameras are typically monocular. They have a single lens through which they capture their image. So, while a pair of human eyes can see things at the sides of objects, cameras often cannot. This can give the impression that something is wider than it really is. 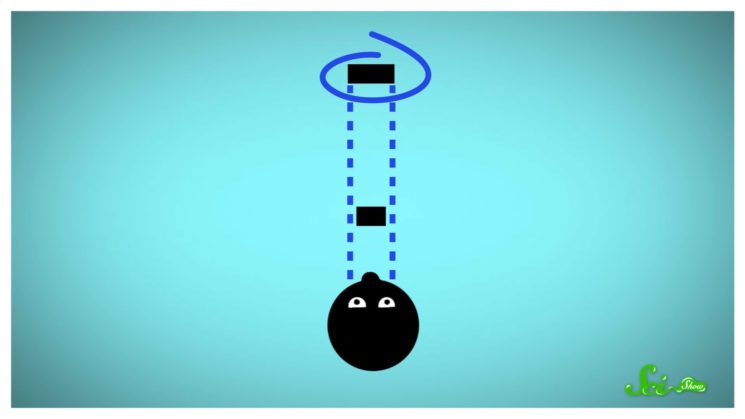 In the image above, if you imagine a single lens between the two eyes, the view of the far object is completely obscured by the near object. With a pair of eyes, it’s not.

The second point mentioned… Well, sort of mentioned. They say focal length when they mean subject distance, but the point is still quite valid as you’ll often change your focal length as you change distance to account for field of view. We’ve all seen the animated gifs before, but here’s another one, which shows the subject side by side with the camera & lens.

You’ll note that while not actually mentioned in the video, the camera moves along with the changing focal length to keep a similarly sized frame on the subject. It’s not the focal length that’s actually changing anything, but the position of the subject relative to the camera. Perspective is a function of distance.

So, obviously this has an effect on how your subject is presented to the camera. But this is why it’s also a “maybe”. It doesn’t have to add 10lbs, it all really depends on how good the photographer is in their choices. Photography is all an illusion. And that illusion can be manipulated.

By far the biggest factor that determines how large one may appear on the camera vs how they’re used to seeing themselves is light. This is why on-camera flash is usually such a bad idea. It just blasts light evenly straight at your subject, and removes all sense of depth. All form and volume is removed, except for that 2D flat plane in the resulting image.

Getting the light off the camera to introduce highlights and shadows provides form and depth. Again, it’s an illusion, but it’s an illusion that counteracts the physics of going from binocular vision to a single lens.

Posing and shooting position also play a big part in it, too. Looking up or down at a subject both present the subject in different ways. Having your subject posed directly facing the camera, vs slightly turned away. Seated vs standing. All of these will have an effect. Even subtle, little things, like holding an arm too close the body will smush it out and make it appear wider to the camera.

So, can the camera add 10lbs? Sure. Does it have to? No, not if you use it properly, pose and light your subjects well.

Jennifer Lawrence Goes Against Airbrushed Models And Judging Based on Appearance

« 6 Tips to get cleaner smoother footage out of your Mavic Pro
Jollylook: a folding instant camera made almost entirely from cardboard »