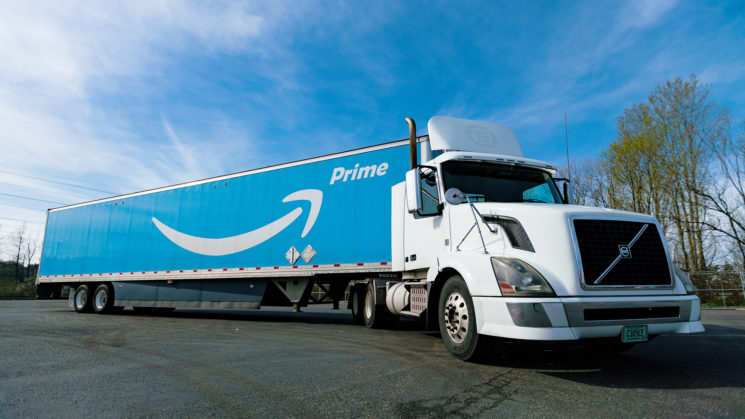 The graphics card in my computer died yesterday. So, last night, I went to Amazon to order a shiny new Nvidia graphics card. Thanks to Amazon Prime delivery, it should be arriving sometime in the next couple of hours. It’s an ability that many of us take for granted and do every day. But as with all things at the moment, coronavirus is having its impact.

Amazon has announced that they are temporarily prioritising the products coming into their fulfilment centres throughout the USA and the EU. Effective from today until at least April 5th, Amazon will be prioritising “household staples and medical supplies” over the things many of us would ordinarily buy – including camera gear.

While a lot of photography gear is sold and shipped by Amazon themselves – something that doesn’t seem to be affected, yet – much of what we buy is sold by a third party and fulfilled by Amazon through one of their fulfilment centres. For at least the next couple of weeks, priority will be given to the following categories…

So, that new camera you wanted? It’ll probably have to wait. That lens you’ve wanted to get for ages that you can now finally afford? You’re just going to have to hold out just a little bit longer.

Amazon says that shipments created before March 17th will still be shipped (which is why my new graphics card is still on the way to me, allowing me to keep working), but that any new shipments made from today until April 5th will be low down on their priority list unless they’re in one of the categories mentioned above.

They do say that 3rd party sellers can still ship products directly to customers and that these sales will not be affected. Of course, this defeats the whole purpose of buying FBA products. However, they are still available if you wish to make use of them. You will, however, lose the FBA protections (like getting fake memory cards replaced, for example).

As of right now, the prioritisation measures are set to stay in place until April 5th, but depending on how the epidemic goes over the next couple of weeks, it may extend the new rules for longer.

I think this is a great move on Amazon’s part. With all of the criticism they receive, it’s good to see them taking things seriously and prioritising the things that are important to a large portion of the world’s population right now.

Amazon has also said that they’re looking to hire 100,000 new employees for its US warehouse and delivery operations to help keep up with the increased demand. Pay has also been increased by £2/€2 per hour for employees in the UK and many EU countries.

Where Do You Get Your Supplies Fix?