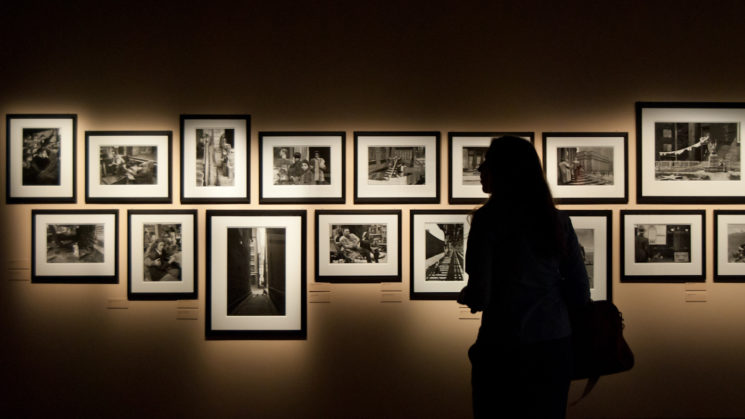 In the Bulgarian city of Plovdiv, local politicians are seeking to cancel a photography exhibition because if features LGBT themes. The exhibition, titled Balkan Pride, is due to open in July. However, some politicians claim that they are ready to use both legal and illegal means to prevent it from being opened.

Plovdiv is co-hosting the 2019 edition of the European capital of culture along with Matera in Italy. Aside from the photo exhibition, Balkan Pride is set to include a concert and a public discussion as a part of the program. The exhibition alone should include photos, artifacts and audiovisual installations from pride parades in big Balkan cities.

The aim of the project is to focus on human rights and the struggle for equality, as the description reads. It’s “seeking to present a contemporary reading of Balkan traditions in the context of global society and our digitalized reality.” However, the exhibition has caused a major scandal in Plovdiv.

The municipal cultural foundation head, Svetlana Kuyumdzhieva, initially approved the exhibition. But now the city council shall vote on whether to recommend her removal. She told the Guardian that the intervention by local councilors was an “ugly provocation,” adding: “This could seriously damage the reputation and image that we’ve been building in the past five years.”

Alexander Sidi, an MP from the ultranationalist VMRO party, said: “We don’t want them to do it. And we will stop them, using all legal and, if required, illegal means.” The Guardian reports that VMRO has gained the public support of 21 out of 50 members of the city council.

According to the same source, homophobia in Bulgaria is on the rise. A recent survey ordered by GLAS Foundation showed that only one in three Bulgarians would not mind if their neighbor was gay, the Guardian reports. There has been a rise in the number of incidents related to homophobia in Bulgaria, too.

I am not from Bulgaria, but I live in Serbia, its neighboring country in the Balkans. I can tell you that this really is a conservative, overly traditional area. Sadly, many people are very close-minded, and homophobia is strong here in Serbia as well.

Personally, I find it scary that a Member of the Parliament can publicly say that they will use “illegal means if necessary” to stop a photography exhibition. And there is another claim that even made me angry. Borislav Inchev from VMRO-Plovdiv told The Guardian that Balkan Pride exhibition is “the same as carrying out a gay pride parade in Plovdiv.” He used the same “reasoning” I’ve heard so many times here in Serbia:

“I am very curious what would happen if a teacher made a mistake and sent her schoolchildren to see the exhibition. What would they see? How would she explain it?”

First of all, using children as an excuse for your own homophobia is disgraceful. Because children understand some things way better than adults, without making to much fuss. It’s not difficult to explain to them that all people are different, and that love is love as long as it harms no one, and so on. But unfortunately, it seems that we can’t explain the same thing to adults.

[via FStoppers, The Guardian]

« This is the gear we’re using in Las Vegas at NAB 2019
After three years in stock photography: is it really worth it? »