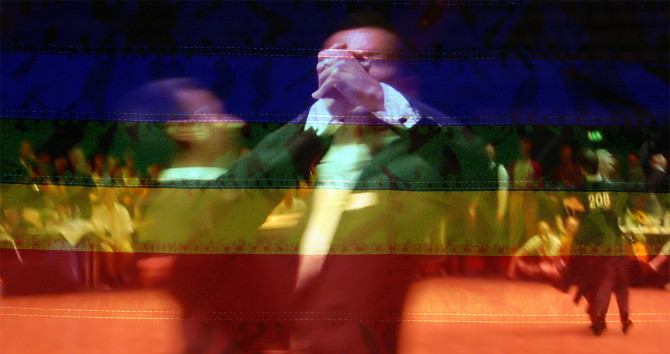 The U.S. Supreme Court ruling legalizing same-sex marriage in all 50 states brought with it quite a stir in the photography community.  One group was cheering in victory, calling for further legislation making it illegal for photographers and wedding vendors to refuse clients based on religious beliefs.  Another group was crying out that their religious freedoms were now in jeopardy and their businesses could face extinction.  And still others were indifferent.  (We gotta have the indifferent ones…)

While a small minority seemed to have made their voices heard loud and clear, a recent poll conducted by Caddell Associates indicates that more than 80% of Americans still believe a photographer should have the right to decline a wedding based on religious beliefs.

Respondents were posed a simple question:

Surprisingly, 82% sided with the religious freedom of the photographer over the cries of discrimination from the LGBT community.

Additionally, as Patrick Caddell says, “More than two thirds (68 percent) disagreed that the federal and state government should be able to require by law a private citizen to provide a service or their property for an event that is contrary to their religious beliefs. Only 18 percent agreed. Indeed, 51 percent strongly disagreed with this.”  This comes after lawmakers in Indiana had to backpedal on a state law allowing photographers the right to refuse service on religious grounds.

“But, those are the opinions coming from political conservatives and Evangelical Christians!”, you might say.  Here are a few facts to consider:

For those interested, the entire poll’s findings are below:

What does this mean for photographers?

It could honestly mean nothing.  But, it could also mean that, as the waters settle, Christian photographers (and those from other religious groups, i.e. Muslims) opposing same-sex marriage will have increased support when faced with lawsuits, personal attacks, and death threats.

Or, perhaps a general sense of “live and let live” will settle upon the nation when all the indignation clears.  Who knows…

If nothing else, I believe this is indicative that this fight is not yet over for photographers.  As we continue to see the bitter struggle between religious freedom and gay rights, let us bear one important fact in mind:  Beneath ideology, sexual orientation, and religious beliefs, each individual is a human being, just like us.  And, as our dear editor has to constantly remind me, “Poison will get you nowhere.”