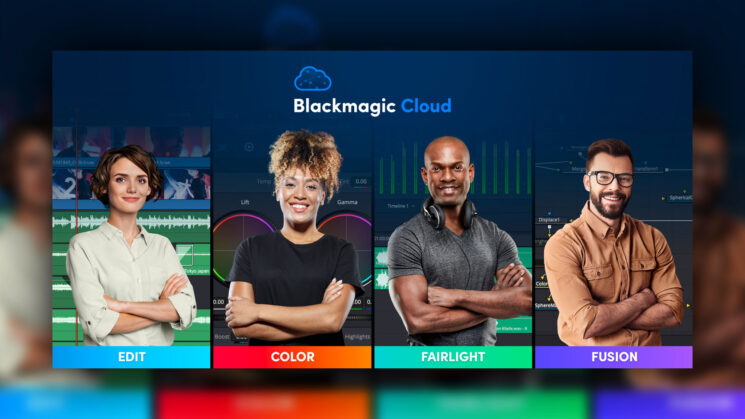 The presentation is heavily focused on the cloud features, both in DaVinci Resolve and in new hardware Blackmagic has announced in order to support it for higher-end demands. And this is higher-end hardware – unless you think spending $30K on what is essentially 80TB NAS (even if it is a really, really good one that’s specifically geared towards simultaneous multi-user video editing) is reasonable for hobbyists.

But for the specific list of new features available in DaVinci Resolve 18, which is now in Public Beta, you’ll want to scrub ahead to about an hour and two minutes in, where several short presentation videos are shown walking you through the new features of each of Resolve’s different sections. To fully understand how Blackmagic Cloud works, though, you’ll probably want to watch the whole thing as there’s bits of information darted about the new hardware announcements that also tie into it.

The short version is that Blackmagic Cloud allows users to sync their work together, from anywhere throughout the world, for working on collaborative projects. Once a project is created on the cloud, it maintains links to footage and other assets, including all the changes, and new users can be invited to join in to work on it with you. You also get to see what they’re working on as it’s happening, allowing you to both edit the project simultaneously (as demonstrated in the presentation above).

Blackmagic has said that the Cloud interface is going to change between now and the final release, with a number of promising new features. But here is the complete list of what’s new in DaVinci Resolve 18, beginning with a warning that you’ll very much want to pay attention to.

While DaVinci Resolve 18 is new and shiny, remember that it is a Public Beta version. As such, it will have bugs. Features will be missing, not working properly or subject to change. Making the upgrade from an earlier version of DaVinci Resolve to DaVinci Resolve 18 is also irreversible because it needs to modify the database. So, if you rely on it for client work, don’t upgrade yet!

But if you’ve got a spare machine to play around with it on and see what the new features are like, or you’re just a hobbyist and the only person you’re going to mess up is yourself if everything dies – and you’re willing to take that chance – then go for it. Download, install and have a play.

« People ask you to lower your prices? Sing them this song [NSFW]
Instagram now lets you tag products in your posts »