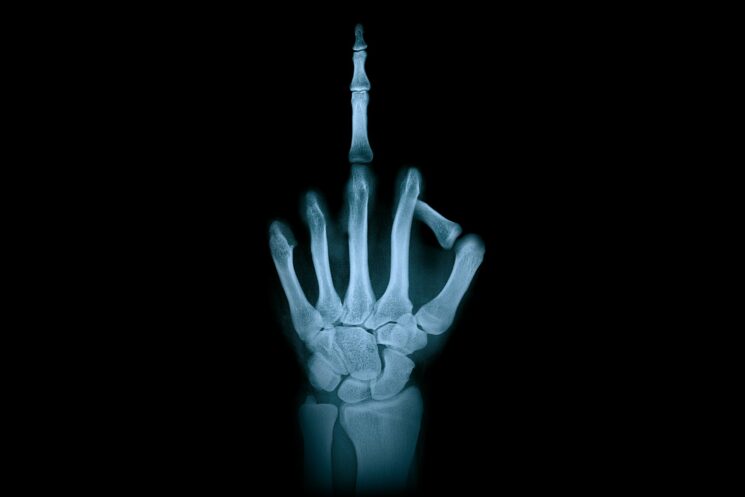 If you’re a photographer, chances are people have asked you to take photos of them. No, not for the full price of your service, because “you’re too expensive.” Or even better, they want it done “for exposure,” or because you’re friends and “you own that big fancy camera.”

Well, the next time this happens, we have a song for you. It was written and performed by Laura Jane Barnes (Woah Dude) of Simply Crochet, and it’s meant for all artists and creatives selling either their work or their skills.

Before we proceed, be warned: there’s the F-word mentioned a bunch of times in this song, so you probably don’t want any kids around you when you play it.

My friend first mentioned this song to me when we were talking about embroidery and how much it would be appropriate to charge for it. It takes a really long time and lots of patience to embroider even simple shapes, especially if you’re tidy and detailed like me. So, my friend said that I should charge accordingly, and play this song she had seen in some TikTok videos before.

“It costs that much ’cause it takes me f***ing hours.

It costs that much ’cause I don’t have super powers…”

She later sent me one of the videos featuring this song, and there are nearly 40,000 of them on TikTok at the moment of writing this. You’ll see them in videos featuring all sorts of arts, crafts, and skills: painting, embroidery, woodwork, resin art, and baking, to name just a few.

♬ It Costs That Much – Woah Dude

But can this catchy song be applied to photographers? I say hell yeah, especially the second verse:

“It costs that much ’cause it took me years to master

But it would likely turn out sh*t

‘Cause you simply haven’t practiced it

It costs that much ’cause it took me years to master”

If I only had a dollar for every time people said “but for you, it’s only five minutes of work” when I asked them to pay for translating or writing something. Or when they said, “but it’s just a quick press of the button” when I wanted to charge for photography. Sure, for me it doesn’t take long to write or translate something – but I have a college degree in English and I have worked my butt off during and after college in order to master these skills. And of course, for me it’s just a click of a button – but it’s because I know my gear like the back of my hand and I’ve been into photography since… forever. And let’s not even mention the time and skills needed for editing those photos later. Sounds familiar? I know.

So, the next time someone says things like “you’re too expensive” or asks you to work for free or lower your prices, just play them this song and crank up the volume. They still may not realize how much time, effort, devotion, practice, and love goes into mastering photography – but hey, at least you’ll have fun telling them to f*** off.

[It Costs That Much via PetaPixel]

Should you ask first before you take photos in public? [NSFW]

This song is a hilarious ode to Gear Acquisition Syndrome