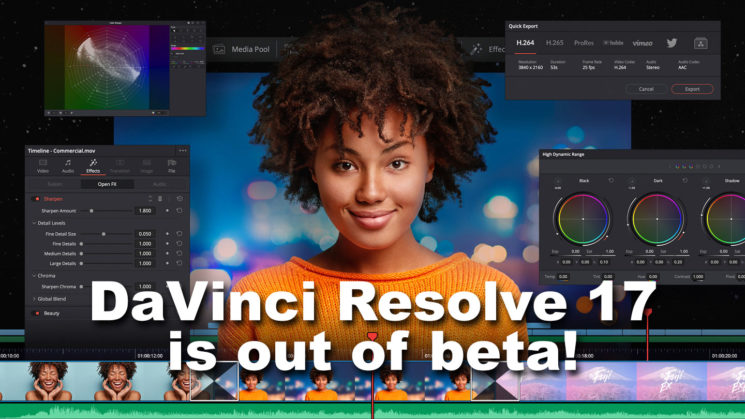 It’s been a bit of a journey since the last major release of DaVinci Resolve. Resolve 16 came out almost two years ago, at NAB in April 2019. Finally, last November, Blackmagic announced that Resolve 17 was being released as a public beta, letting us get our grubby little mitts on the newest version to have a play and see what we could break.

Today, Blackmagic has announced that DaVinci Resolve 17 is now out of beta and sees its first final release. As with all new major Resolve versions, Resolve 17 offers a massive number of new features and improvements over Resolve 16. Over 300, they say, along with native support for Apple’s new M1 chips.

The features in the final release version of DaVinci Resolve 17 are largely the same as those that were announced during the initial beta in November. Except, they work now. For those of you who’ve been trying out the beta over the last few months, you should see a big improvement in stability and features that didn’t quite work before should now be working well.

And for those that haven’t played with the beta and have stuck with Resolve 16 – because, you know, you understand the importance of not testing beta software on your client’s live projects that have deadlines – you’ll see a whole lot of new and improved features, including…

The Cut, Edit, Fusion, Color, and Fairlight pages have all seen a bit of an overhaul, to some degree or other in Resolve 17. Fairlight probably sees the biggest changes, which has had a lot of attention paid to it, bringing with it an entirely new audio engine that supports up to 2,000 simultaneous audio tracks. Sure, you probably won’t need that many for vlogs, but if you’re shooting short films or features, hitting a couple of hundred with music, voice, foley and other effects isn’t that uncommon. 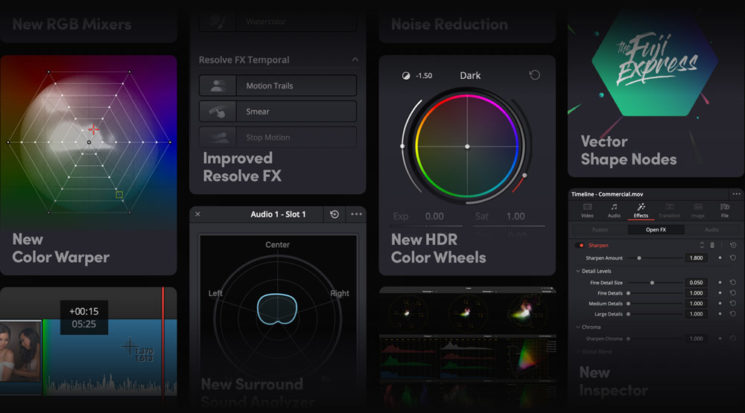 But there are a whole lot of new features, and you haven’t tried the beta before, you might want to set up Resolve 17 on a second machine just until you get used to it. Colour grading, for a start has seen quite a few changes and offers some new ways to work with colour, including the new Color Warper tool (which is amazing!). Naturally, DaVinci Resolve 17 supports all of the usual Blackmagic decks and hardware that you’re used to using with Resolve 16, including the Editor Keyboard and the Speed Editor.

The only thing I’m not sure about at the moment is what’s going on with the Apple M1. During the Resolve 17 beta, Blackmagic released a separate 17.1 beta, in addition to the usual macOS version, designed specifically to offer native support to Apple’s new M1-based computers. In the final release, Blackmagic only lists a macOS version. I’m not sure whether this version offers native support for both Intel and M1-based Macs or if we’ll see a separate M1 version coming soon, but I’ve reached out to Blackmagic to find out and will let you know if and when I hear back from them.

For more information and to download and try out DaVinci Resolve 17 for yourself, head on over to the Blackmagic website.

The final version of Blackmagic’s free DaVinci Resolve 16.1 is now available to download