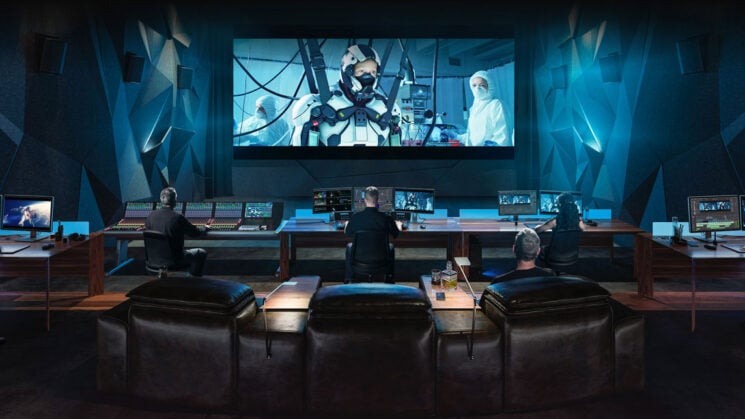 Blackmagic Design launched the beta of DaVinci Resolve in April with a whole host of new and cool features. Now, the company has announced that it’s no longer in beta and has hit that finally stable version that makes it the latest official release. Amongst the standout features are full integration with the new Blackmagic Cloud, an improved proxy generator and built-in gyro stabilisation for footage shot with Pocket Cinema Cameras.

Besides these, there are a lot of great new additions, some modifications and the usual array of fixes – and you can see the complete list below – but every section of the application from media and editing, through colour, FX, Fairlight and Fusion to delivery sees an update with new tools to help speed up your workflow and increase your capabilities.

For a reminder of the initial beta release along with all the cloud updates and multi-user workflow tools, here’s the initial update announcement.

While there are lots of little updates since the initial beta launch and the now stable release, probably the biggest feature for Pocket Cinema Camera owners is the integration of gyro data from the camera itself. This means that throughout your footage, DaVinci Resolve now knows exactly how the camera is oriented from one frame to the next for much more accurate stabilisation. It’s still not going to be like shooting from a gimbal, but it’s going to give you much more accurate results than solely relying on just the visible image data, even with AI and optical flow methods.

Here is the complete list of new features in DaVinci Resolve 18:

Now that it’s out of beta, it should be safe to upgrade your existing installations to Resolve 18. But, do bear in mind that once you do it, you can’t go back down to 17 after the database has updated. So, be sure to make a backup or try it on a spare machine first if you’ve got important work in there!

DaVinci Resolve 18 is available to download now in both the free and paid Studio versions from the Blackmagic Design website.