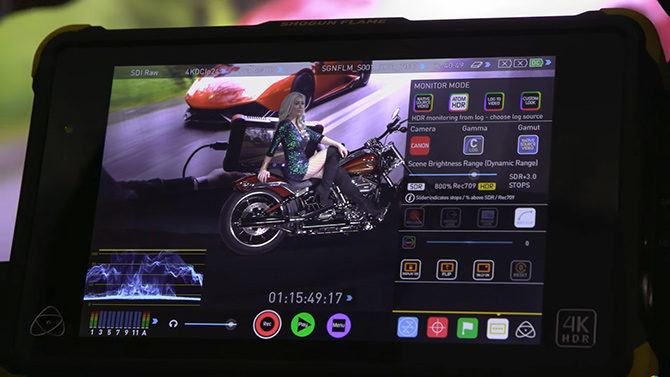 Atomos have announced at NAB2016 that they are allowing owners of Atomos recorders to update their firmware to all of their devices except the Ninja 2, giving everybody the ability to record HDR video absolutely free.

Now, I know what you’re thinking.  HDR.  It’s usually pretty hideous, overdone, ugly, etc., but when it comes to video, the look and purpose of HDR isn’t what we typically see in the world of stills photography.

What does this mean, then, for video?

Well, in its simplest terms, with the transition from standard definition into high definition for video and broadcast, and a new global unifying format to replace PAL and NTSC, a new standard needed to be developed.  Known as Rec.709 (also BT.709), the first edition was was approved in 1990, and it standardizes the format of high definition television with a 16:9 aspect ratio.

When it comes to colour aspect of this standard, Rec.709 is presented similarly to sRGB and AdobeRGB for stills photographers.  It’s a colour space; A range of colours determined to be “legal” for a particular purpose, in this case, the broadcasting of HD video. 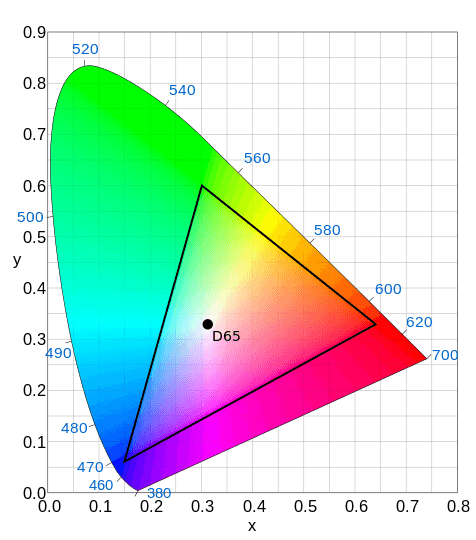 A lot, however, has changed since the introduction of this standard 26 years ago.  The rapid pace of technology has meant that even the most modest of DSLR sensors today are capable of seeing far more dynamic range and levels of brightness than Rec.709 can adequately record.

The devices with which we now consume such media have also increased in capability, allowing us to view a wider range of brightness and colour than ever.  We are no longer bound by the limitations of a CRT display.

This means that when you record to an external device, like one of Atomos’s numerous offerings, you’re selecting which chunk of those brightness levels you wish to record, and in high contrast situations that can often result in either the crushing of the shadows or the clipping of highlights.

The goal of the Atomos AtomHDR Engine is to solve this problem by compressing that higher dynamic range, to fit within the smaller Rec.709 brightness and colour space to give you as much detail in both the highlights and the shadows as possible, while still keeping the contrast and vibrancy of the original scene presented before your camera.

It’s a little bit like working with a raw file to bump the shadows, pull down the highlights, then tweak the contrast and clarity to produce your own final JPG, rather than dealing with the in-camera JPG which often falls a little short at both ends.  Except, this does it in realtime.

The new operating system update containing the Atomos AtomHDR feature is scheduled for release in May.

Atomos have also announced their new 10-Bit Shogun Inferno, which already has AtomHDR support built in, and offers 4K recording at 60p, and up to to 240fps at 1080p. 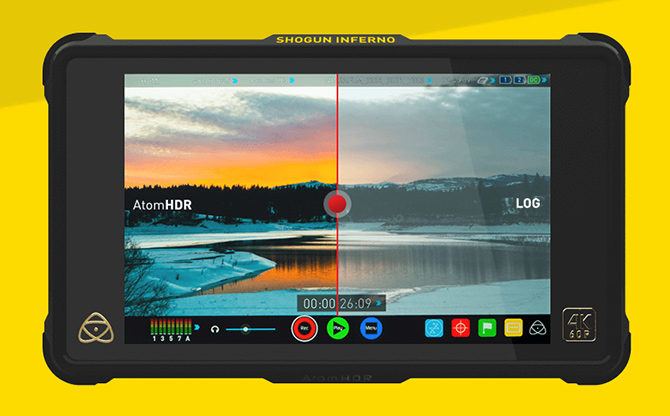 The Inferno has all the features of the previous Shogun Flame, but with a greatly increased framerate, and quad SDI connections, as well as the new AtmosHDR engine, and a host of other features.

The Atomos Shogun Inferno is priced at $1,995 and is available now.

« A photographer tries to buy a print of his own image from the person who stole it
Quick Tip: Color code your cables when bundling them up »