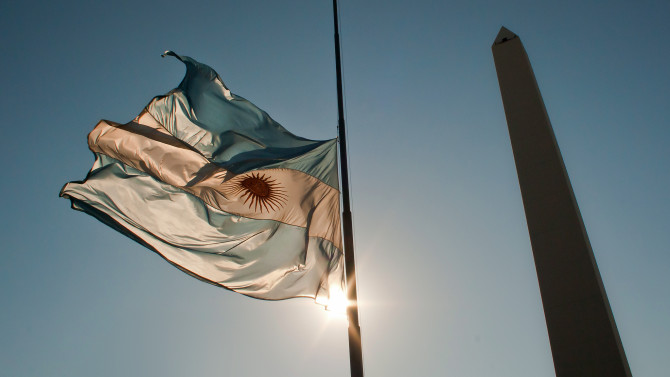 Argentinian lawmakers are reviewing a possible new law which would extend the copyright on photographs and films from the current 20 years after date of publication, to a greatly extended 70 years after the photographer’s death. According to the Electronic Frontier Foundation, that averages to be an extension of about 120 years.

While that may sound like fairly good thing at first, it has a lot people in an uproar. As it stands, were the bill to go into effect, it would work retroactively–meaning thousands of photos that are currently in the public domain, would suddenly become copyrighted again. This, of course, would result in an overwhelming amount of unintentional infringements and thousands of images being pulled from the internet.

Fundación Via Libre, an Argentinian digital rights organization, is urging lawmakers to not pass the bill, claiming the damage caused to public institutions such as museums and libraries, and website like Wikipedia, would be far too severe. They wrote a letter to lawmakers, explaining their reasoning and requesting public impact assessment, which you can read in Spanish, here.

Here is an excerpt, in English, from their blog post:

We understand and we feel laudable intention of protecting cultural workers. The lack of protection suffered by these workers in their daily work is a long known problem that needs to be addressed in a multidimensional way to ensure fair contracts, chords and social security income, in line with the rights won by workers in other sectors.

However, this is not what the current bill proposes. By contrast, the extension of the term monopoly on photographs disregards the central problems of the profession, does not result in benefits for photographers and so added, harms the interest of access to culture and historical memory.

It is well known that in most cases the owners of photographic works are not the authors, but publishers and media to the yield them. By extending the term monopoly on photographic works, the main beneficiaries are therefore the companies that own the rights. Thus, the project is unrelated to the objective of ensuring a decent standard of living creators.

Finally, the delay in the entry into the public domain of photographic works poses challenges for preserving them. To preserve photographs necessary to make copies and distribute them effectively, which under this bill will be impossible unless they have the express permission of the author. More than with any other form of work, photographs are especially prone to becoming orphan works, ie, it becomes impossible to locate the perpetrators. In light of this common difficulty extending the copyright term of 20 years post-publication to 70 years post-mortem imposed on preservation efforts a huge barrier.

In short, the current project will affect the access to culture and preservation of historical memory, difficult work of cultural institutions and instead to benefit photographers favor intermediary companies, real solutions neglecting workers cultural need.

The EFF says the new bill is the result of “big publishers” working side by side with lawmakers, who together are making the bill sound as though it is in the best interest of photographers, when in fact, their are ulterior motives at play. For more information, you can head over to the EFF’s website or the Fundación Via Libre website.