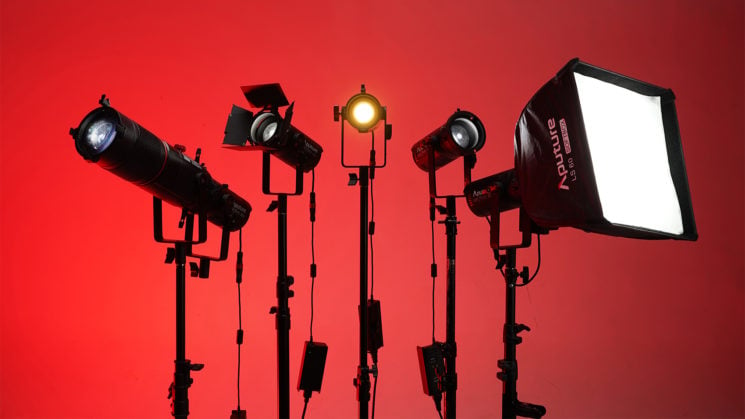 First announced in May last year, the Aputure Light Storm LS60D and LS60X LED lights are now officially here. Available in both daylight (LS60D) and bicolour (LS60X) variants, the new lights offer an adjustable beam angle, weatherproofing. Both lights also offer a multitude of power options from the supplied AC adapter or through the use of a weatherproof DC input.

It’s taken a little longer than expected for Aputure to bring these to market, having initially expected them to come in Summer 2020, but they look like a pretty exciting addition to the Light Storm product lineup.

Not much has really changed from the previous specs announced last May, except that we have a few more details now. Both lights are “all-inclusive” meaning there’s no external control unit, however there is an included dual NP-F battery plate for when you want to get them powered up away from the plug sockets. They’ll also accept power from V Mount batteries via D-Tap.

All of the controls for the light are built right into the back via an on/off button and dials to adjust the brightness, the white balance (on the LS 60X) and sift through the menus. But there’s also a remote control option over Bluetooth using Aputure’s Sidus Link tech with the smartphone app. 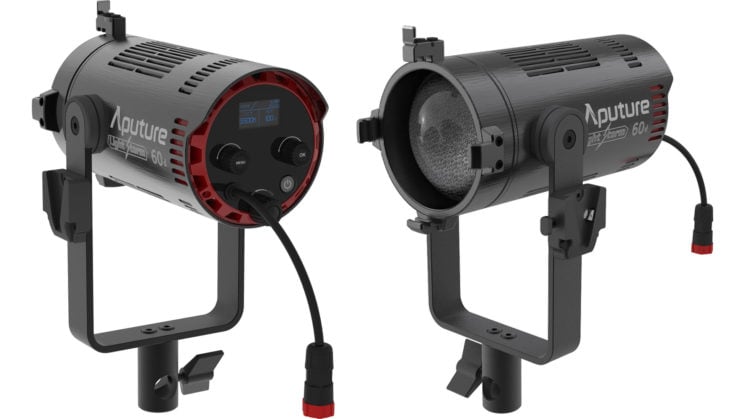 Both lights offer an adjustable beam angle of 15° to 45°. The LS 60D and 60X are designed for use with the Aputure Spotlight Mini Zoom and LS 60 Softbox (sold separately), but they’re also compatible with all your favourite Bowens mount modifiers using the included Bowens mount adapter. The weatherproofing and portable power options of these lights will also definitely be very attractive to location shooters – especially those in the northern hemisphere at this time of year.