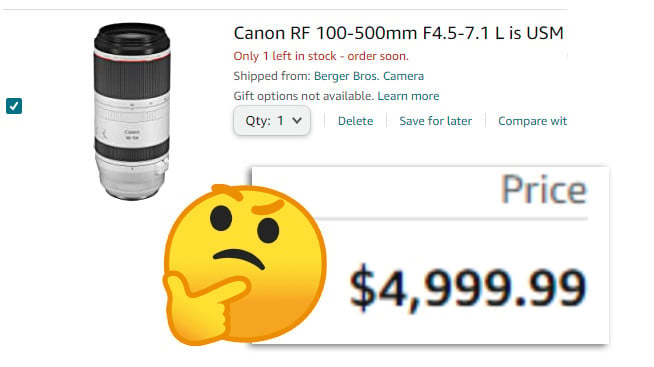 If you’ve been thinking of buying a Canon RF 100-500mm f/4.5-7.1L IS USM lens, you may want to wait a while if Amazon is your platform of choice. The lens is currently ridiculously overpriced after Amazon tried to fix the initial mistake. They “fixed” it twice, so the lens now retails at $5,000, which is nearly two times its regular price.

As PetaPixel noticed, the lens was first sold on Amazon for $3,443.97. For comparison, it’s listed on B&H for $2,799, which is the recommended retail price. Sadly, the lens on backorder everywhere else at the moment, so Amazon is the only place where you can get it. 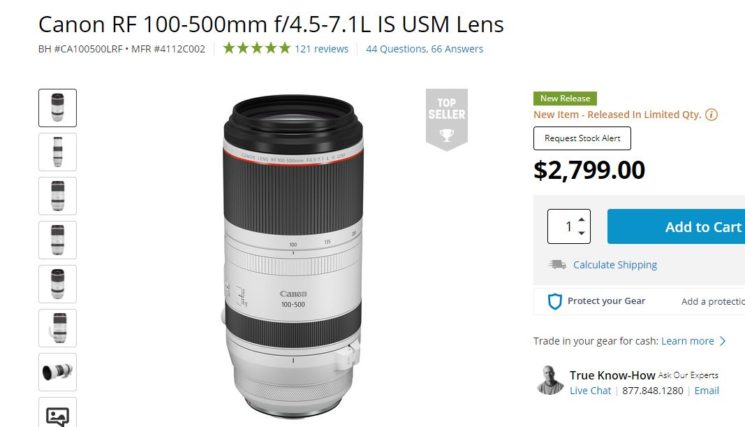 When Amazon became aware of the mistake, they corrected the price – making the lens cost $4,400. Well done! But wait, there’s more. After reading the story, I went to grab some screenshots and there was a surprise waiting for me. Amazon “fixed” the price again, and the lens now retails at a whopping $4,999.99. 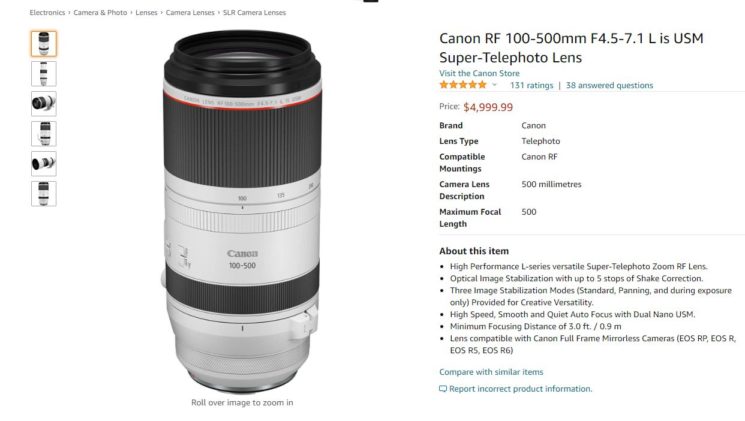 It’s most likely some kind of a mistake. It has happened to Amazon to underprice some items as well, so I expect that this should be fixed soon. According to PetaPixel, Amazon did correct the retail price to $2,800, but it appears that there was some mistake again, making the lens cost nearly twice as much. Either way, I suggest that you wait for the price to actually get fixed, or order your lens somewhere else and wait for a bit longer until it’s delivered to you.

Camera comparison: Can the overpriced Sony a1 beat the Canon R5?