Cosplay, fantasy and photographing it has become huge over the last decade or so. At comic cons around the world, people show up as their favourite video game, TV and movie characters. And every year they just get better and better, closer the originals that inspire their creation. In the last few years, developments in technology and electronics have allowed some to take it up to the next level.

This particular suit of “Sovereign” armour from Melissa Ng at Lumecluster is a perfect example. Combining 3D design, 3D printing, electronics, and a lot of skill and ingenuity it took 518 hours to create. And that doesn’t include the time that the 3D printer was making parts.

The attention to detail is just astounding. Melissa wanted it to look and act like real armour. So, she spent around 88 hours just researching how real armour works and moves, testing different materials and techniques.

Here’s an overview of the entire pricess.

She also enlisted the guidance of Ian LaSpina (aka Knyght Errant) to see if he would be willing to consult on its creation. Ian is an expert in historical armour, and although Melissa’s creation was fantasy, it had to work in the real world. It had to be comfortable to wear and offer free movement. 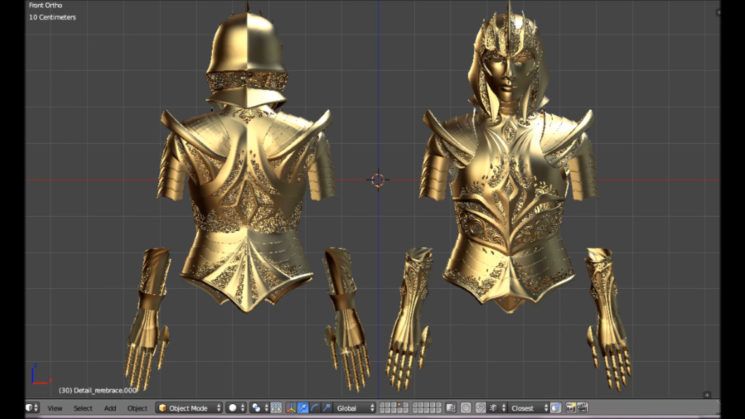 While wanting to keep things as authentic as possible, Melissa couldn’t make the armour from metals that might’ve been used in the past. It just wouldn’t be practical. To help keep things light, as well as add to the versatility and movement, the pieces were 3D printed using a flexible elasto plastic. This also allows the armour to adapt to different people who may wear it.

It looks like the hours of hard work, research and planning paid off, though. Based on real armour mechanics, Melissa’s armour looks extremely versatile and easy to move in. The rest of the suit follows this same principle. The pauldrons offer full shoulder movement, the gorget allows neck movement.

Melissa also wanted some options when it came to customising the outfit in the future. Some items, such as the gorget offer details that are obscured when worn with the rest of the armour. But these hidden details can be shown with a quick change. 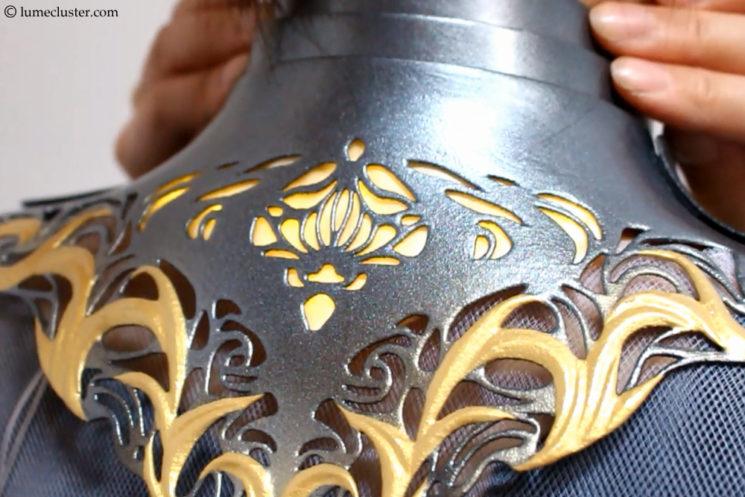 The details go even further than this, though. To really sell that fantasy feel, the armour lights up through the cutout details. Pulsing rows of LEDs throughout the suit create waves of light that give the impression of magical and ethereal energy flowing through the armour. 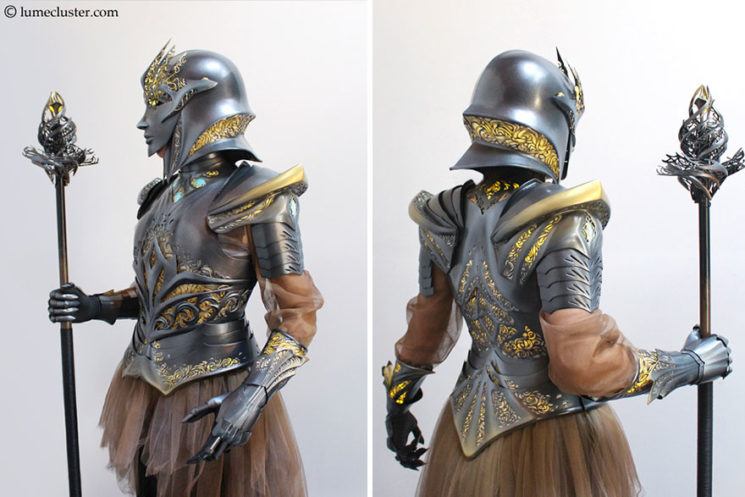 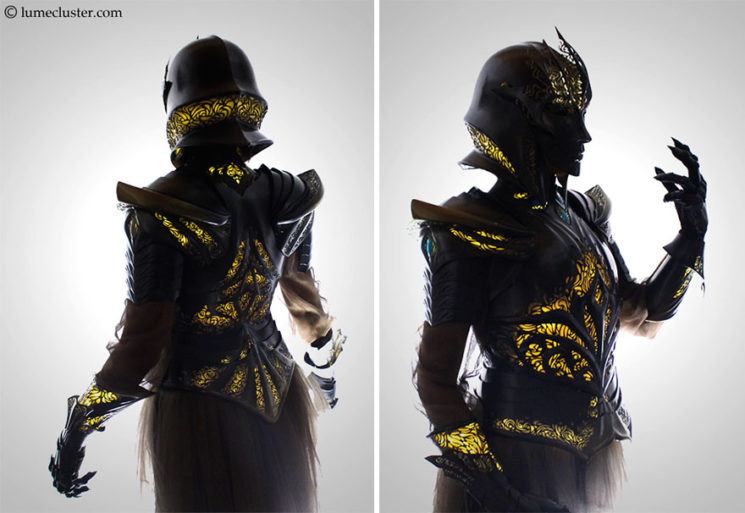 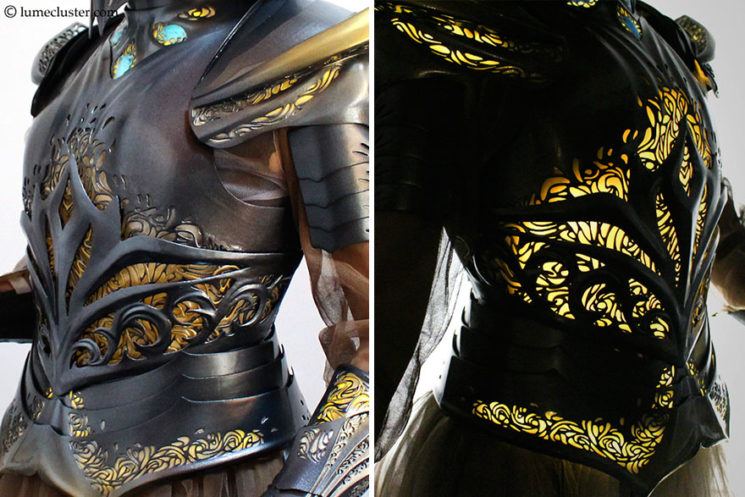 It’s a ridiculous amount of work, and an even more ridiculous level of skill that went into this armour’s creation. When you see just what goes into creating something like this, you realise why custom made outfits often cost so much money.  Even at federal minimum wage, 518 hours would come to $3,755.50. Ability like this is worth far more than that. And that doesn’t even include the costs of materials.

While the Sovereign Armor is designed to be worn by a woman, the armor’s message is for everyone. I made this in honor of the creatives out there who know that, even though it’s empowering to be the ruler of your dreams and creations, you also know how incredibly lonely the journey can often be.

Her work is just stunning. The Sovereign armour particularly so. Especially given that this is only the second suit of armour she’s ever made.

Melissa has written a much more complete post detailing the armour’s construction on her blog. So, definitely go and check that out. Also make sure to check out Lumecluster and follow Melissa on Instagram to keep up to date with her latest creations.

The new AI-powered Roto Brush 2.0 for After Effects is now in the public beta and it’s amazing