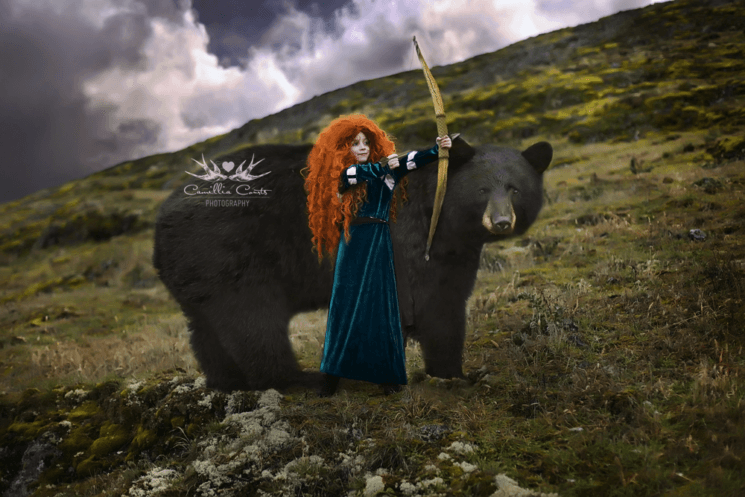 From my experience, a mom and her daughter are the best team there is. And mom-daugher duo from Canada proves me right. Photographer Camillia Courts and her seven-year-old daughter Layla are a cosplay dream team! Layla dresses up as Disney princesses (and some other movie and cartoon characters), and her mom Camillia takes magnificent photos of her. With a some makeup, Photoshop and with lots of love, the duo creates an epic series of Disney-inspired photos. 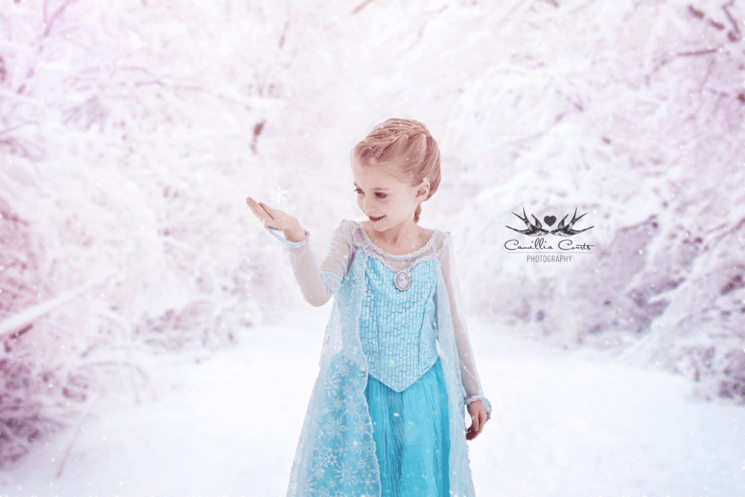 It all began when Layla was five, and Camillia took her to Disneyland’s Bibbidi Bobbidi Boutique and got her a dress. Little Layla dressed up, and mom took a photo. It came out so great, that they wanted to go on cosplaying and taking photos.

Not only she takes and edits photos, but Camillia dresses up with her daughter, too. Layla loves to dress as Disney princesses, but her mom prefers dressing up as villains. Therefore, you can see her as Maleficent, or Ursula from Little Mermaid, posing together with her daughter. 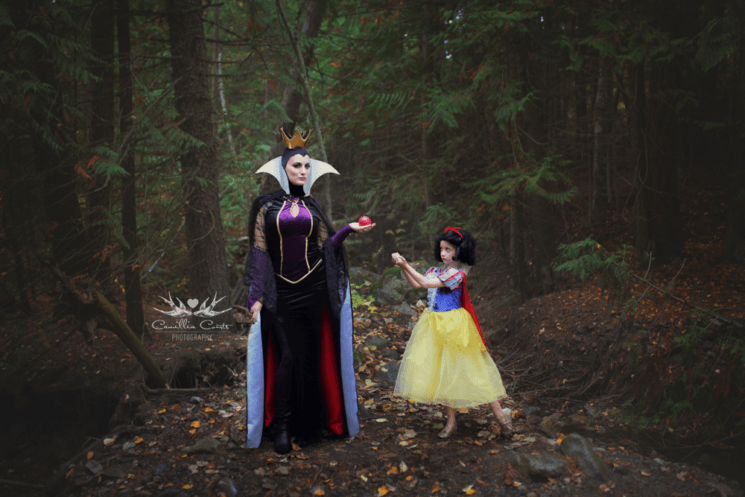 It all started with one dress, and now mom-daughter dream team sew dresses themselves or at a local seamstress. They have almost 30,000 Instagram followers, and they never seem to lack inspiration.

Surprisingly, Layla is a shy girl, but it changes when she cosplays. Thanks to this fun dress-up, she has gained confidence and came out of her shell.

As I mentioned above, Layla doesn’t only dress as Disney princesses. She also enjoys being Rowena Ravenclaw from Harry Potter and Violet from The Incredibles. She dressed up as BB-8 and Princess Leia from Star Wars, too. Take a look at more photos of Layla and Camillia: 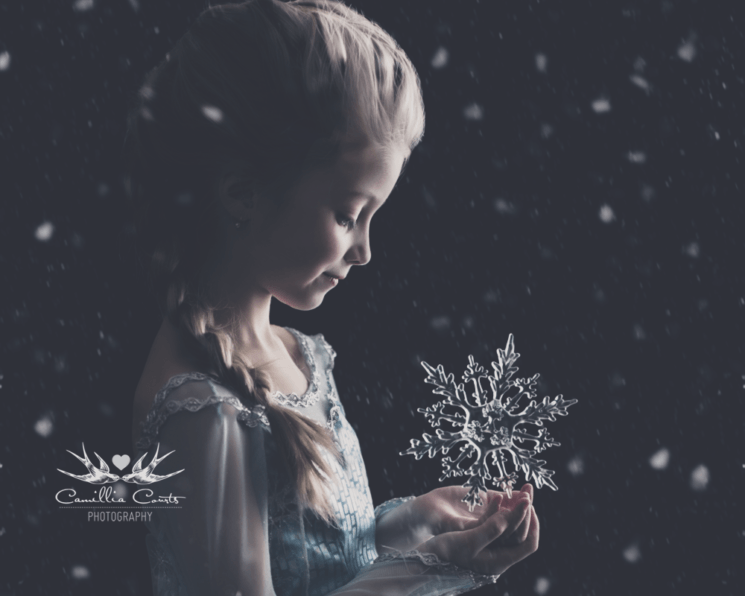 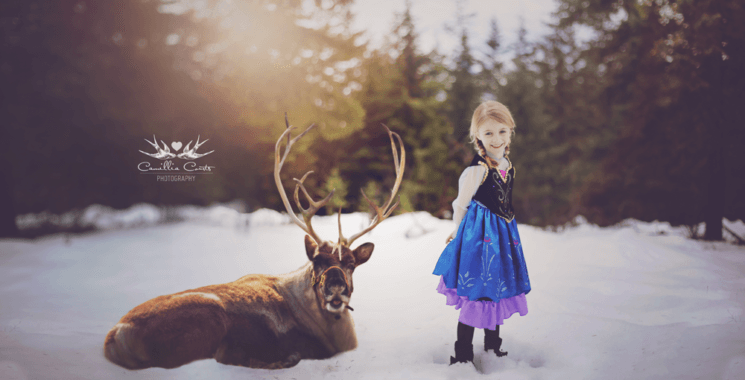 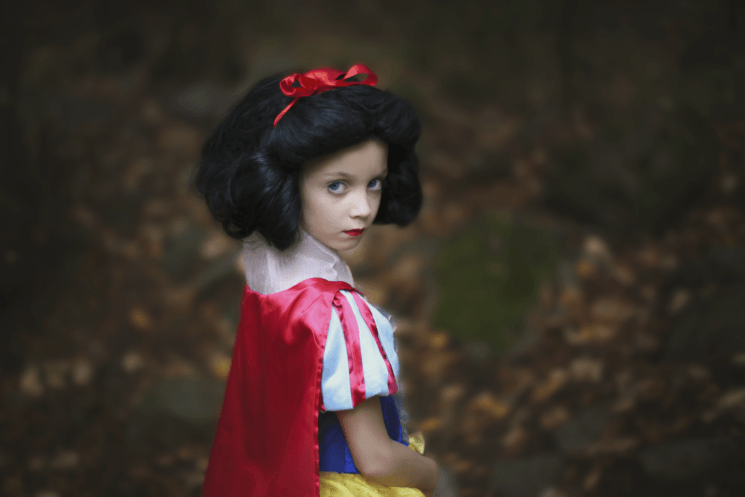 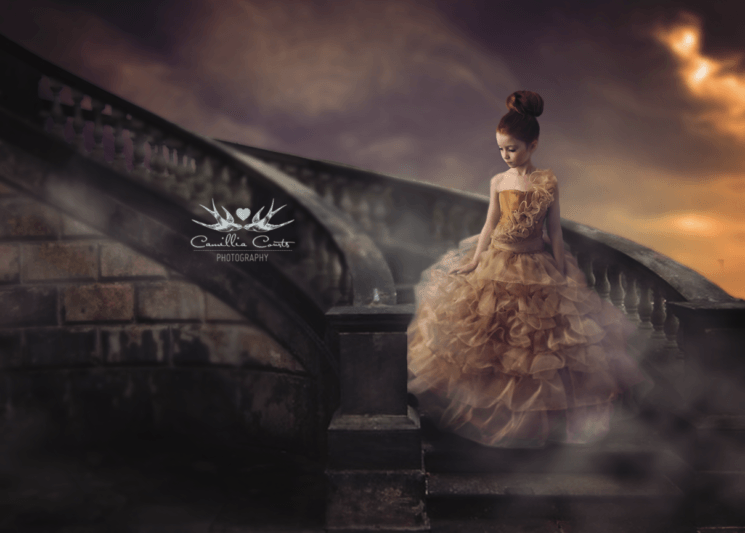 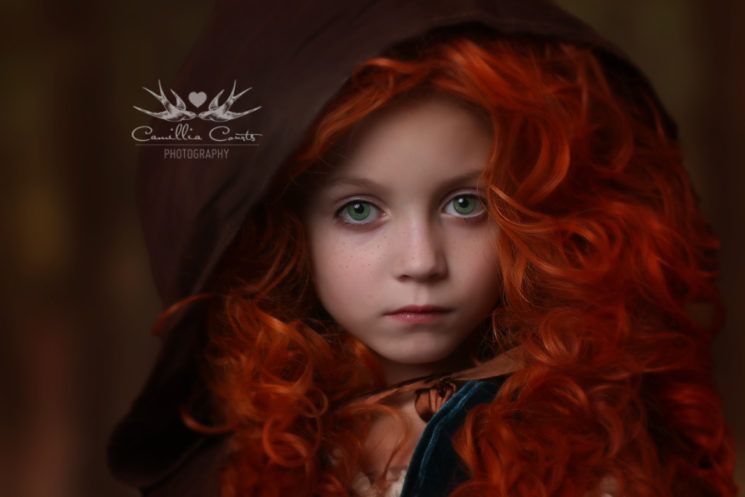 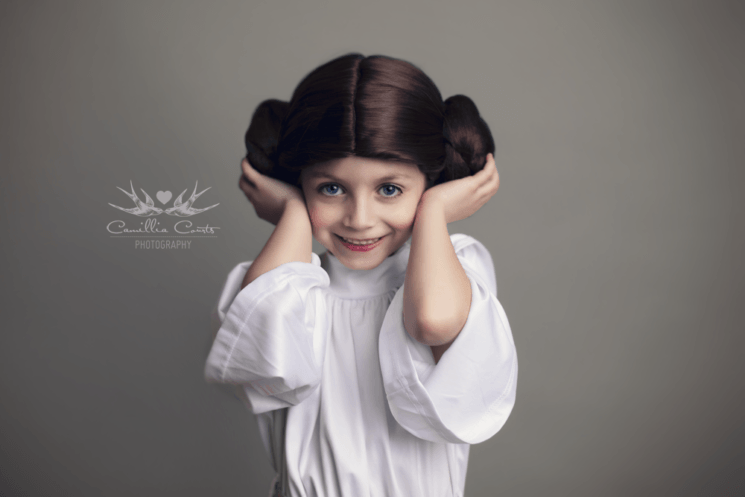 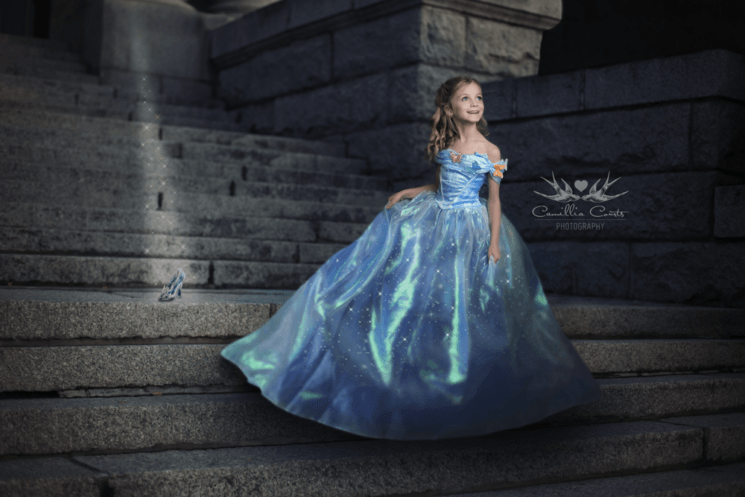 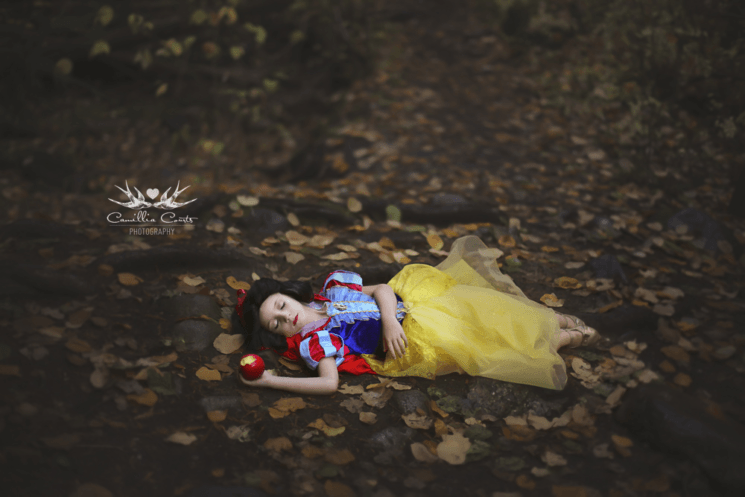 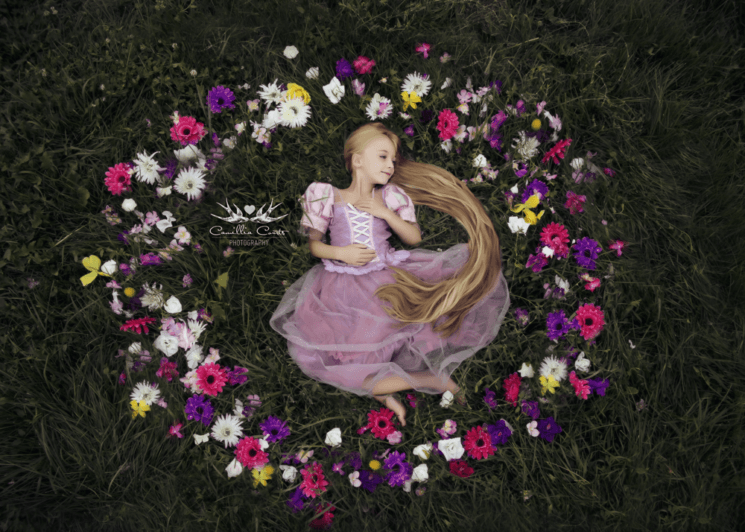 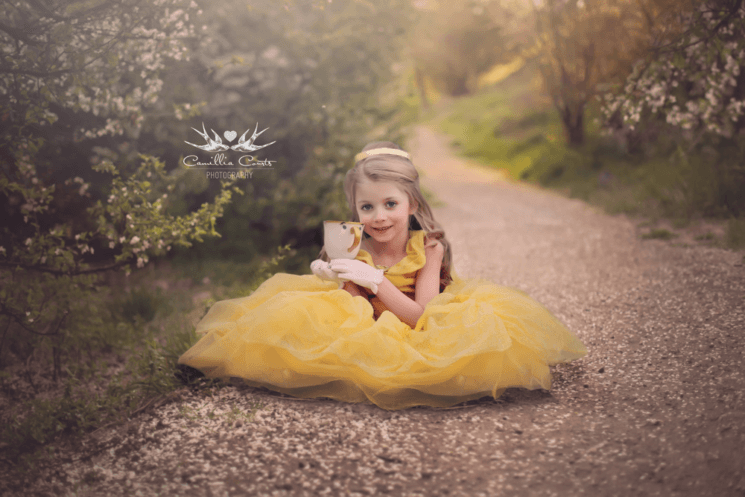 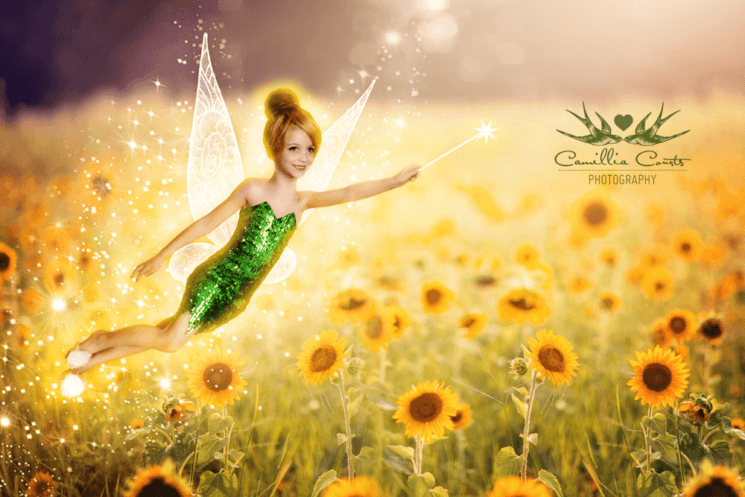 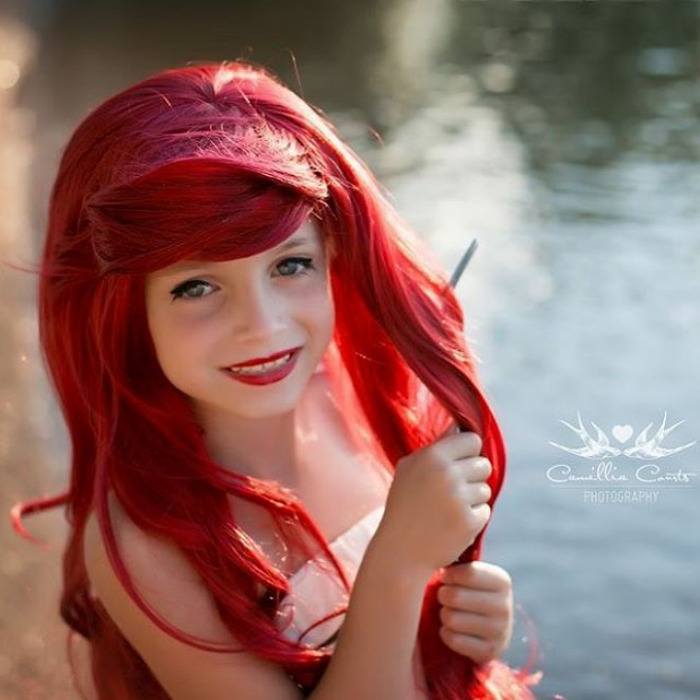 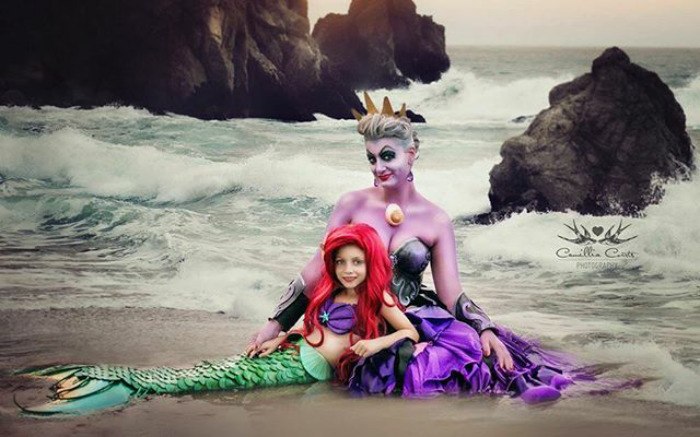 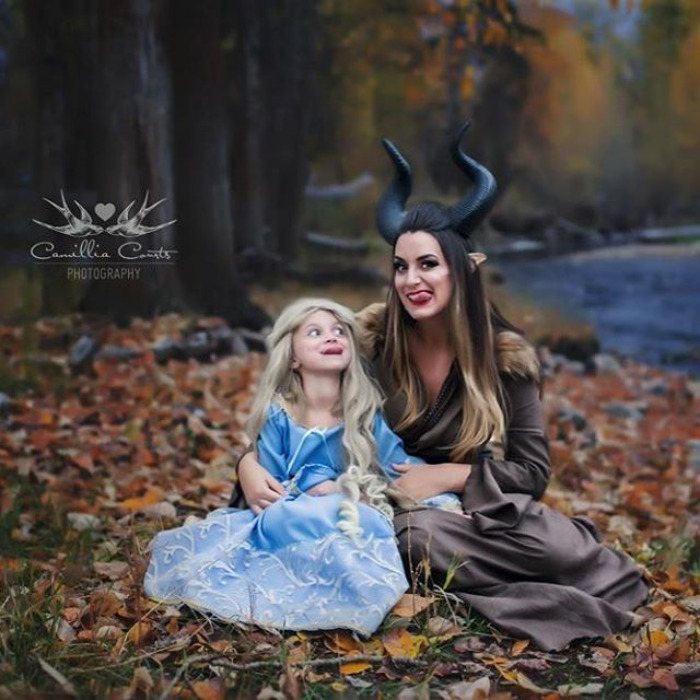 I must tell you, I absolutely love this series. I know kids have a vivid imagination, and they imagine themselves as characters from their favorite cartoons. So, it’s great to see how a mom turns her daughter’s imagination into reality. Not to mention little Layla will have the best childhood photo album ever.

Camillia Courts is a wedding, couple and family photographer fro Canada. If you’d like to see more of her work, take a look at her website. And don’t forget to give her a follow on Instagram, as new Disney adventures are coming.