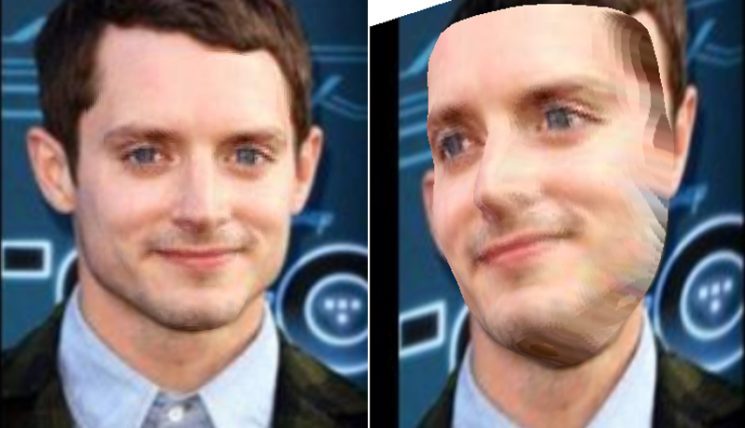 Creating a 3D model of someone’s face usually requires multiple shots taken from different angles. But researchers from the University of Nottingham and Kingston University have created an AI tool that makes it from a single portrait photo.

The scientists describe the 3D face reconstruction as a “problem of extraordinary difficulty.” However, they’ve managed to use neural networks to turn any 2D portrait into a 3D model. There’s also a free online demo for you to try it yourself.

When developing the algorithm, the team used Convolutional Neural Network (CNN). Other than being simple to use and requiring only a single image, their approach works with all sorts of photos. You can render a 3D model from facial photos of arbitrary poses, different facial expressions, and head orientation.

The team approached the problem by feeding the neural network with a large set of photos and their corresponding 3D models. By doing this, they taught the AI system to quickly derive the 3D model from a 2D face.

If you’d like to read more, you can find the full paper here. As The Verge writes, this technique could find various applications in the digital world: avatars, video games, AI videos and VR social media. The result still isn’t exactly perfect, though, but it’s still pretty impressive that you can make a 3D model out of a single 2D image in only a few seconds. And not to mention that it’s fun. I tried it and it felt like looking at a character from The Sims, which was pretty weird. You can also try it here and see what you’ll get.