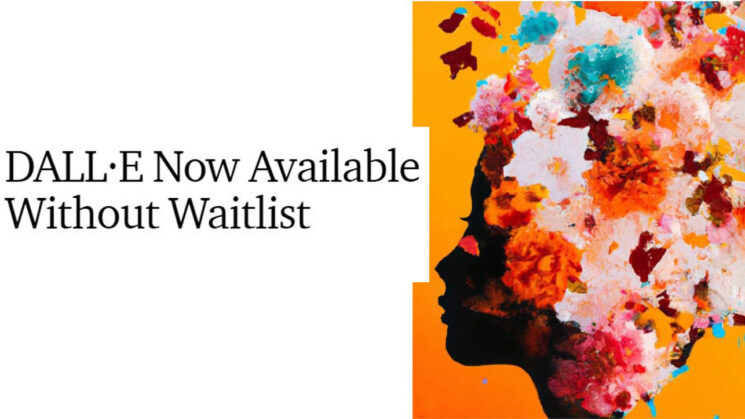 Earlier this year, OpenAI introduced an AI image generator DALL-E 2, and chose one million creators for beta testing. And if you’ve been eager to test it out yourself – now you can. From now on, OpenAI is removing the waitlist for DALL-E, so anyone can sign up and start playing with it immediately.

“More than 1.5M users are now actively creating over 2M images a day with DALL·E,” the company writes in the announcement, “with over 100K users sharing their creations and feedback in our Discord community.” Users’ feedback led to the launch of Outpainting, the feature that lets you expand an image beyond its original borders.

The principle is similar to Midjourney: once you sign up, you’ll get 50 free credits to create images during the first month, and 15 more free credits every month after that. But if you want to create more AI art than that, you can buy DALL-E credits by using the “Buy Credits” button on our account page, or in the profile photo dropdown menu.

Before you start using DALL-E, keep in mind that its filters have become more robust at rejecting attempts to generate sexual, violent, or any other content that violates OpenAI’s policy. The company has also built new detection and response techniques to stop misuse, as they write in the announcement. So, sign up here, be creative, and stay nice – and you’ll end up with some cool Ai work.

Your Instagram Stories are now open for everyone to participate