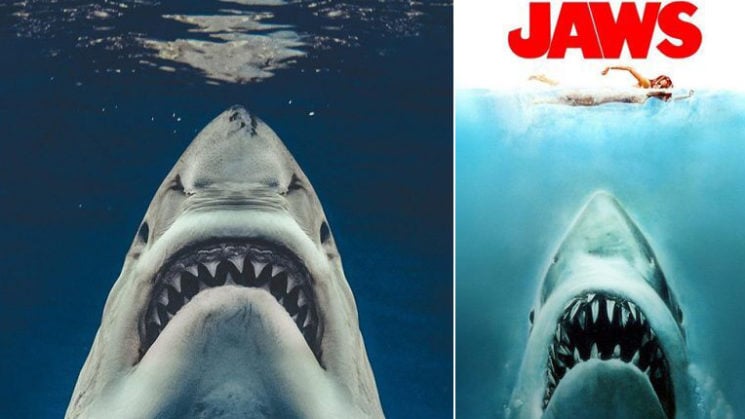 When someone mentions sharks, what’s your first thought? For me, it’s definitely the iconic Steven Spielberg movie Jaws. Photographer Euan Rannachan recently recreated the movie poster, but unlike the original – this one is a real close-up of a great white shark.

I’m sure many of you are familiar with the Jaws movie poster, with the scary great white rushing towards a swimmer. It was created by designer Roger Kastel, but it wasn’t based on an actual photo. But if there had been a photo to base the poster on, it would definitely be the one Euan took in 2018. 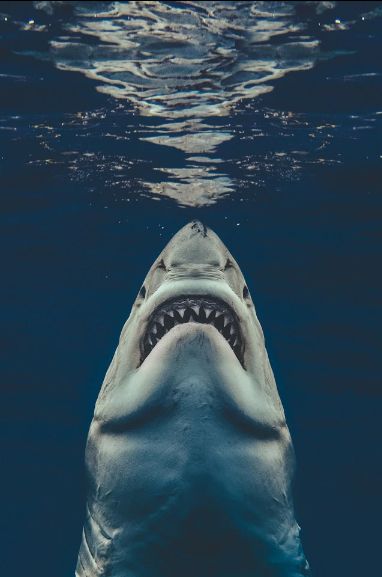 Euan is a photographer who is particularly enthusiastic about sharks, and he also teaches underwater photography. He took this magnificent photo near Guadalupe Island, off the west coast of Mexico. He was in a cage just feet from the shark when he captured the photo. Euan explains that this shark is a female, her name is Squirrel, and he and his team have been with her for a while.

“Usually a shot like this is just slightly off even with my camera shooting seven frames a second,” he said in an interview for The Sun. “But this picture was perfect.” And indeed, the predator looks as if she posed for the image, and it truly reminds me of the scary Jaws poster. Although, fortunately, there were no swimmers above Squirrel at the time he took the photo.

« Canon getting ready to announce a 32-megapixel replacement for the 80D and 7D Mark II DSLRs?
How to photograph fireworks with just your iPhone »