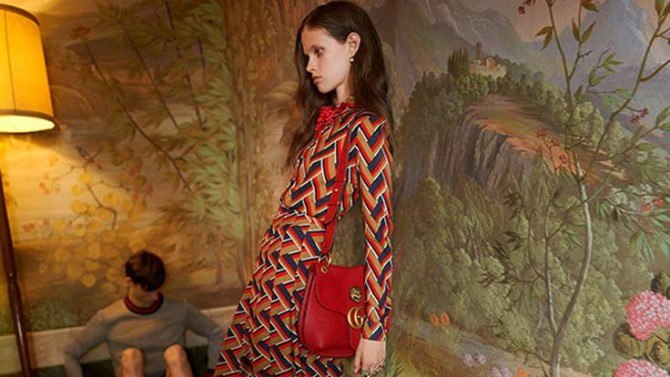 The ASA found this model appeared “unhealthily thin” and “gaunt”

The Advertising Standards Authority (ASA), an advertising watchdog in the UK, yesterday presented a ruling upholding a complaint about a Gucci advert from December last year which describes the model as appearing “unhealthily thin” and “gaunt”.

The complaint about advert labelled by the ASA as “irresponsible” mentions two models.  One model sat down on a couch and the other appearing to lean up against a wall, the images appeared as stills at the end of a video on The Times Website in December 2015.

Under rule 1.3 of the UK’s Advertising Code, the ASA have banned the advertisement in its current form.

1.3 Marketing communications must be prepared with a sense of responsibility to consumers and to society.

The ASA considered both images mentioned in the complaint.

The ASA noted that the model seated on the sofa wore a short skirt which showed her legs up to her mid thighs.  We noted that her legs, while slim, appeared to be generally in proportion with the rest of her body which was not excessively slender or underweight – for example, her knee and ankle bones were not overly noticeable. 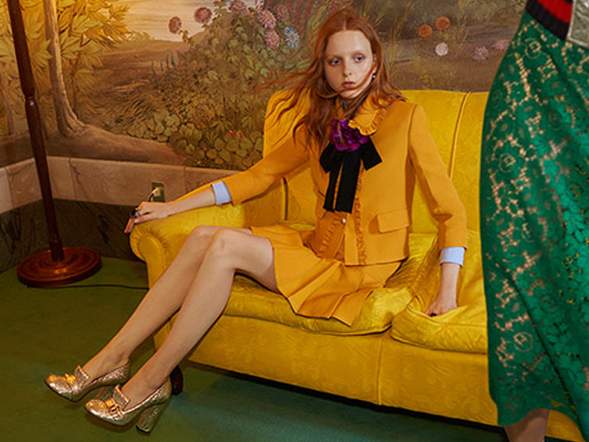 We therefore considered that the model did not appear to be unhealthily thin.

However the complaint was upheld due to the perceived appearance of the second model.

We noted that the model leaning against the wall was wearing a long dress so that only her lower legs, ankles, neck and head were visible. We considered that her torso and arms were quite slender and appeared to be out of proportion with her head and lower body. Further, her pose elongated her torso and accentuated her waist so that it appeared to be very small. We also considered that her sombre facial expression and dark make up, particularly around her eyes, made her face look gaunt.

For those reasons, we considered that the model leaning against the wall appeared to be unhealthily thin in the image, and therefore concluded that the ad was irresponsible.

In Gucci’s response to the complaint, they stated that…

Whether or not models were unhealthily thin was a subjective matter.

Here you can see a director’s cut of the video, courtesy of Gucci’s YouTube channel, and make your own mind up.

Apparently, no complaints were filed in relation to what Gucci describes as “dancing”.

You can read the full ruling by the ASA here.