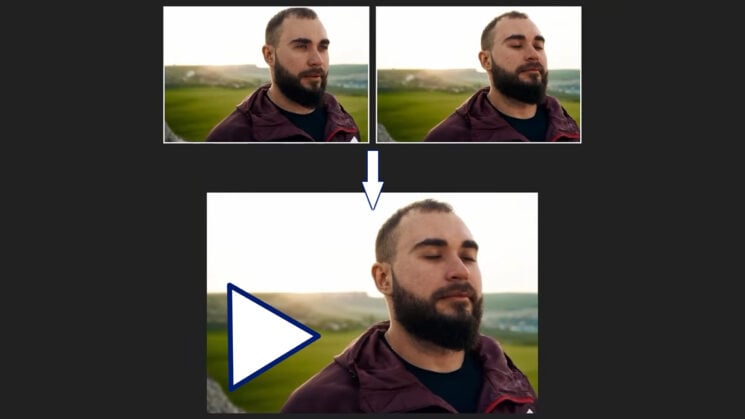 While we’re already playing with fun new stuff in Photoshop, Adobe also offers a sneak peek at the stuff we’re to see in the future. One of them is called Project In-Between and it lets you make something new out of a few similar photos before you choose the keeper. With a click of a button, Adobe’s new tool turns them into animation and gives them a new life.

Adobe announced some exciting new features to its platforms ahead of this year’s Adobe MAX conference. As in the previous years, many of them rely on the company’s AI platform Adobe Sensei, and Project In-Between is one of them. Basically, it takes a few photos you took of the same subject and turns them into an animation. We often take a few photos in an attempt to get the perfect one, and then we choose the keeper and discard the rest. Well, Project In-Between takes “the rest” and turns them into an animated gif.

I think this will be especially fun for photographers who “spray and pray” in an attempt to capture the perfect moment. When photographing fast-paced events, like sports or concerts, this is the method many photographers choose. However, it also works if you only take two or three similar photos of the same subject. It brings them together and creates an animation with surprisingly smooth transitions. Take a look:

So, what do you do with this? Basically, it’s made to give a new life to the photos you’d otherwise delete. It reminds me of Instagram’s Boomerang, so I guess you could post these little animations to social media and just play with them for fun.

This tool turns old photos of your ancestors into creepy animations

This tool turns you into a creepily realistic AI clone