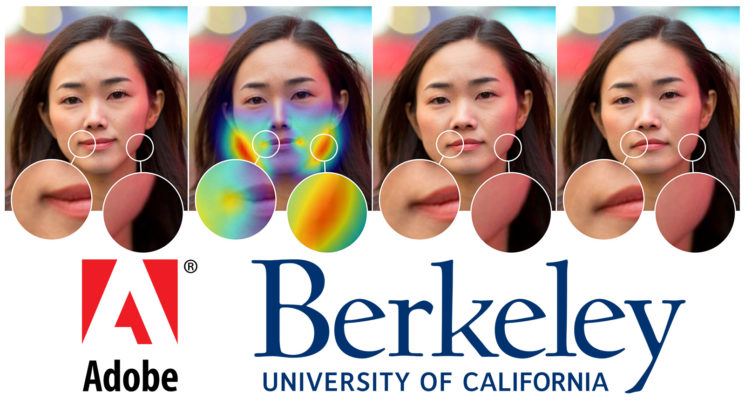 It sometimes seems like the phrase “with great power comes great responsibility” has never been more true than with Adobe Photoshop. Originally released in 1990, Photoshop has grown into an application that offers both the most amazing possibilities ever available to photographers as well as the option to potentially do harm by manipulating images to show something that isn’t real.

Adobe researchers Richard Zhang and Oliver Wang, along with Sheng-Yu Wang, Dr Andrew Owns and Professor Alexi A. Efros at UC Berkeley have now developed a system for detecting some of those manipulations.

At the moment, the detection is limited to Photoshop’s Face Aware Liquify feature. It’s a great tool for helping to make minor adjustments to make a face appear closer to how it does in real life. Naturally, though, such a tool is also often used to completely change somebody’s face to mask what they really look like.

While still in its early stages, this collaboration between Adobe Research and UC Berkeley, is a step towards democratizing image forensics, the science of uncovering and analyzing changes to digital images.

This new research is part of a broader effort across Adobe to better detect image, video, audio and document manipulations.

Image manipulation detection is nothing new to Adobe, and in the past, they’ve worked on detecting splicing, cloning and removable. But this latest effort focuses on the Face Aware Liquify feature because it’s become so popular for tweaking facial features, including completely changing facial expressions and mood.

The team trained a Convolutional Neural Network, a form of deep learning, to be able to recognise images based thousands of images found via the Internet and then modified with the Face Aware Liquify tool using Photoshop scripts.

The new research is based on three simple questions…

That last one, I think will be somewhat challenging.

A lack of content authenticity and cries of “fake news!” are all over the Internet today. Hopefully, this technology can help to thwart some of that.

You can read more about it on the Adobe blog.