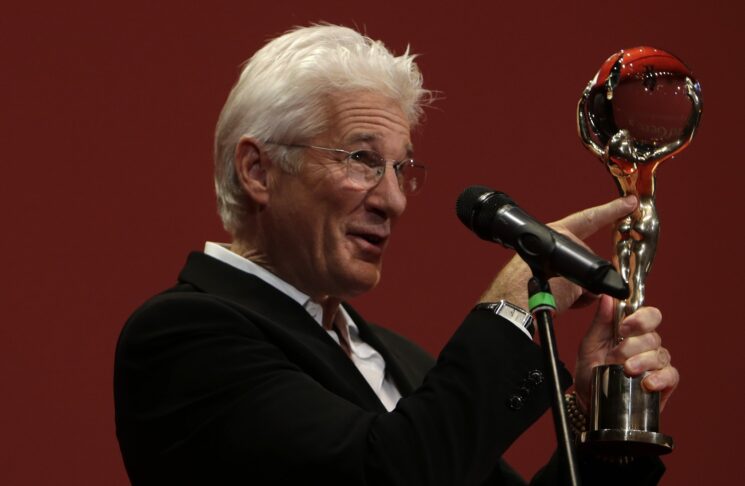 Most of us are used to seeing Richard Gere in front of the camera. However, he’s also into photography and has been a passionate collector of photographs over the years. His collection contains works of famous photographers such as Alfred Stieglitz, Edward Weston, Richard Avedon, and Diane Arbus.

But the famous actor’s collection is about to be sold. Auction house Christie’s is offering over 140 photos from Gere’s stunning collection in an online auction. Judging from the estimates, it could fetch around $2 million.

Christie’s published a video announcing the auction and chatting with the famous actor about his collection. He says that, if a fire broke out, “he’d have his hair on fire but he’d get all the photos out.” I feel you, Mr. Gere.

In the video, the actor also explains how he got interested in photography in the first place. As it turns out, it started way back in his childhood. His mother gave him a Kodak Brownie camera when he was a boy scout. “I remember taking pictures with that. I’m sure the quality was dodgy, but I remember starting to understand the composition.”

Gere’s interest in photography increased when he got in front of the camera. His early days in New York and Los Angeles were often spent at bookshops browsing volumes about Irving Penn, Edward Curtis, and other masters of photography.

The collection contains 139 lots with more than 140 photos. Other than Arbus, Avedon, Weston, and Stieglitz I already mention, you’ll also find among them works of Brassaï, Henri Cartier-Bresson, Irving Penn, André Kertész, and other photography giants of the 20th century. The auction was launched on 23 March and it closes in two days. Alfred Stieglitz’s 1918 photo of Georgia O’Keeffe is estimated as the most valuable and it could fetch between $300,000 and $500,000.

“Being an actor, my basic tool is emotions — storytelling,” Gere explains. “I think most of the pictures I respond to have a story.” Christie’s says that the same can be said of his photo collection as a whole. It’s “a snapshot of how the great photographers made us see the world differently and draws us into Gere’s own remarkable story.”

In an interview with The Hollywood Reporter, Gere was pretty humble about his collection. “I just started buying things that I liked,” he said, “and I suppose it’s a collection, but I don’t see myself as a collector.” A collector or not, his collection is about to earn $2 million.

Actor Jason Momoa has an impressive collection of Leica cameras