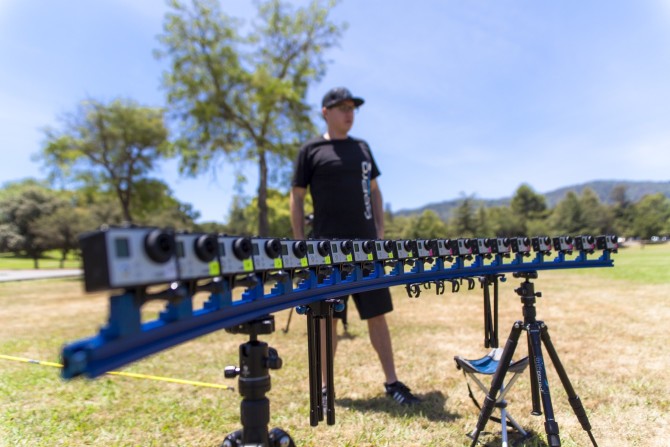 When we featured Imagination we were intrigued by the bullet time sequences that the short movie featured. I asked Marc Donahue from PermaGrin how those shots were accomplished and luckily for us, Marc shared this info.

The magic behind those timeslice sequences was a combination of using 20 Gopros mounted on a curved rail, some special triggering cable from Cam-do and levitation post production techniques

Here is how Marc describes it:

As I mapped out the shots for “Imagination,” I knew that I wanted to implement our GoPro Array Curved Rail mk II system in some way. I thought the best way to show off what it could do would be with balloons. Using the 20 GoPro Hero 3 Black Editions, our 6 foot version of the Curved Rail mk II, and a sync cable provided by our partners at Cam-Do, we shot the star of our production, Kai Burich, standing on top of a chair holding the balloons. Once we were happy with shots we got, we removed Kai and the chair to shoot a clean slate where we could then paint out the chair in post. 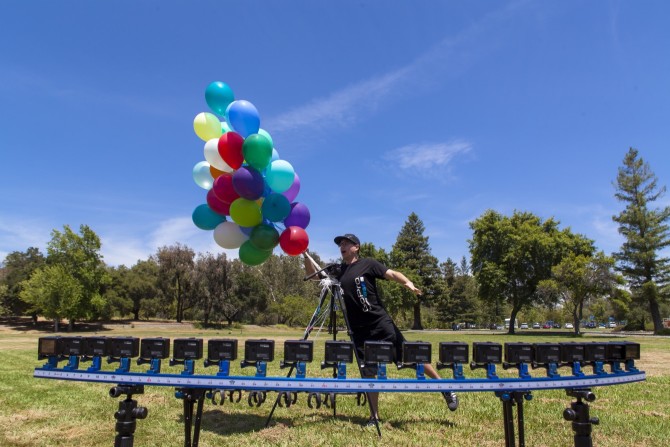 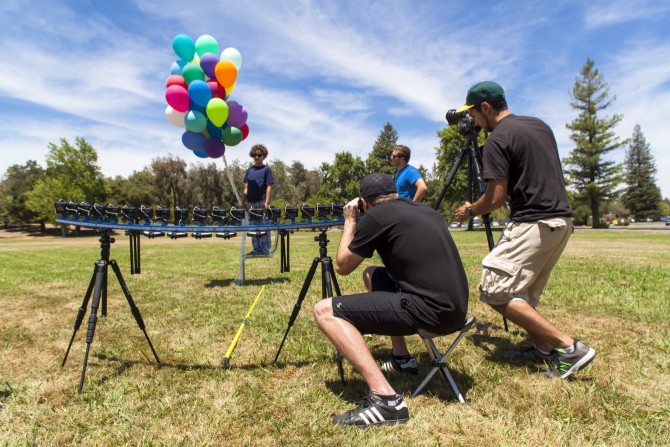 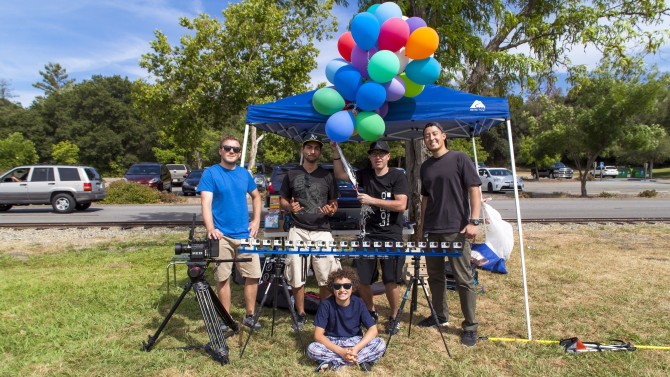 This is not the first time Marc (or Permagrin) use this technique to create awesome work.

Check out Loud and Breaking Gravity blow for some more timeslice action: