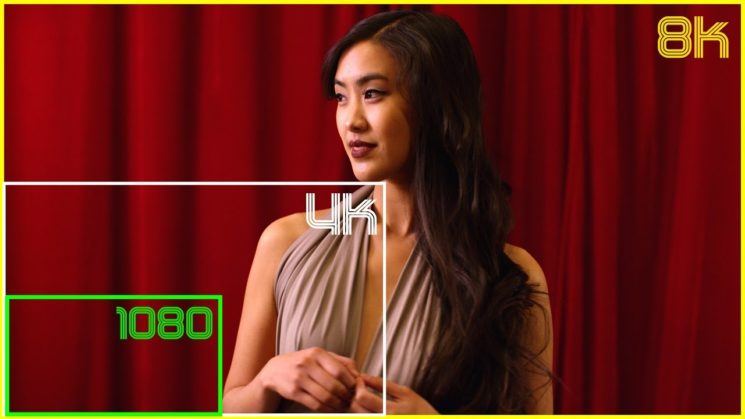 As technology is advancing, our notion of what’s “standard” changes. The resolution used to be measured in lines, and today 4K is rapidly becoming a standard. But according to Matt Granger, 8K is to replace it in the near future. In this video, he explains why it’s important to embrace 8K as soon as you can, even though it’s still quite challenging. He gives the typical reasons against it but tries to beat them with his reasoning why you should be ahead of the curve and start investing in 8K.

It’s important to keep up with the latest technological advances, especially when it comes to video resolution. For example, when you look at the videos from 10, 20 years ago, their quality is not relevant anymore. Some of them are not even considered usable for any purposes beyond nostalgia or documentary material. The standard of video resolution has changed immensely from the beginning of television, and it continues to improve.

It’s true that 8K cameras and screens are not easily available yet, and they cost a fortune. But Matt argues that they will find their way to the consumer market. Sharp, Samsung, Panasonic, Sony, and LG already have 8K screens on the way, and 2020 Olympics in Tokyo will be broadcasted in 8K. As it usually happens, first only the super-premium cameras will be able to shoot 8K, but it will become widely available soon enough. I can’t argue with this; it happened with all the technology.

Still, in the present time, it’s more than challenging to shoot, store and view 8K. Some monitors don’t even support 4K yet, even though it’s becoming widely available in different types of cameras. The size of the files is pretty large even in 4K, and just imagine the size of the 8K videos. The standard 8K frame has 7680 x 4320, which is over 33 MP. If you shoot at 24 fps, that’s 24 images every second, each weighing over 33 MP. That’s a lot of space!

There are a few more arguments against 8K, other than being huge and expensive. It can be unnecessary if you don’t shoot commercially, the human eye can’t see that much detail, or your internet connection may be too slow to support it. Matt has a counter-argument for all these claims.

1.“I don’t shoot the video commercially”

Even if you don’t shoot commercially, Matt argues that all footage you take and edit might have commercial value. And if it does, stock agencies and TV companies have a minimum quality they require. As you can guess, the minimum will only go up as the standard changes.

2. “The human eye can’t even see that much detail”

When iPhone 4 was released, there were arguments that the human eye can’t see the details beyond 300ppi. This has been debated a lot, and according to Matt, we’ve moved on since. He believes his eye can detect the details at 1000ppi. I wouldn’t say that for myself, though.

3. “The camera, the storage and high-end computers are expensive”

Well, this is true for now. Even recording, storing, uploading and viewing 4K can be a challenge to some. But, 8K is coming, and as I mentioned above – it will hit the consumer market at one point. Technology moves on, and standard changes, and today we can’t even buy what used to be the peak of technology ten years ago. Matt points out that some time from now, you won’t be able to buy lower than 8K TV.

4.“My internet connection is way too slow to handle this”

In this case, you’ll need to plan ahead and leave time for the upload. In Matt’s opinion, even if you don’t upload in the highest res, there’s still benefit from shooting it:

We could ask ourselves this about all the gadgets we have. But frankly, the technology moves on whether we like it or not. Even if you are not personally interested in the latest trends, they will appear and take over the previous ones whether you like it or not. This is why, according to Matt, we should embrace the new technology rather than fight it. Being ahead of the curve could bring a lot of new possibilities.

Do you agree with these points? Do you think it’s worth investing in 8K now and be ahead of the rest? Or you should embrace new technologies as they become standard, not before that?

On Becoming A Photgrapher – Communicating With Your Subject