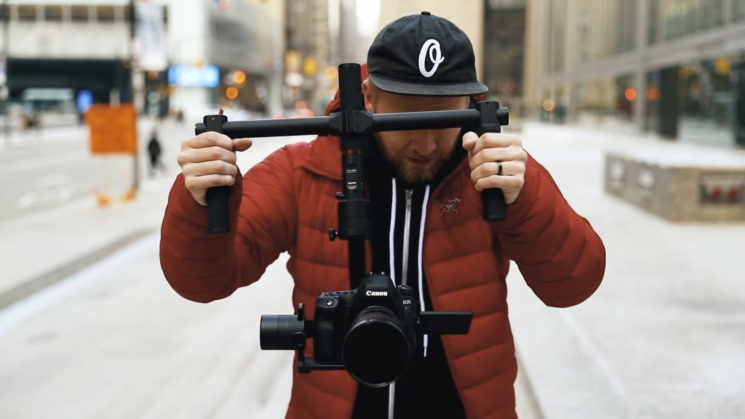 Gimbals are probably the single coolest development in filmmaking tech in the last few years. Catering to everything from phones & action cameras to big DSLR & dedicated video camera rigs. They’ve become extremely popular, but they do take a little getting used to. There are ways to get the best out of them and results that you’re really happy with.

I have three gimbals myself. My most recent is the Zhiyun Crane 2 (review coming soon) which I’m planning to use for a shoot this weekend. So, this video from Matti over at TravelFeels comes at just the right time to serve as a reminder. In it, Matti goes over five great tips and techniques to help you get the most out of your gimbal.

The tips Matti offers might seem quite basic, but if you’re a newer gimbal user, not always so obvious.

There’s a couple of different reasons for this. The first is that it can actually cause issues noticeable in the footage while you’re shooting. If your camera is way off balance, the motors can only compensate so much. Depending on which gimbal you’re using and the weight of your camera, they can really struggle. This can present in the footage as random jerky movements or vibrations.

Even if you don’t actually see any noticeable issues with the footage, you still want to balance your camera as best you can. If the motors have to work harder to keep the camera level, then your batteries are going to drain very quickly.

Remember, gimbals are designed to keep your camera level and steady while you’re moving. So, don’t forget to move. Sure, sometimes a steady relatively static handheld shot is exactly what you want, but don’t overdo it. Movement is going to add a lot more interest to your footage and your overall film when used well.

Movement really is an area where gimbals excel. So, pan around your subject if they’re static, follow them as they move if they’re in motion, or go with a subtle dolly motion. Just remember to keep an eye on your focus, especially if you’re using a camera that doesn’t autofocus all that well for video (which is most of them).

3. Have something in the foreground

The thing with camera movement is that if you can’t tell it’s being done, you might as well not bother with it at all. And then you’re back to just a boring static shot. Foreground elements in your shot create something called parallax. It’s something our eyes are using seeing in the environment because we have a pair of them, but it’s also why distances can be difficult to judge once you see beyond a certain point.

With the single “eye” of a camera, it’s even more difficult to discern. So, foreground objects moving (more quickly) at different speeds to the background object (barely noticeable) makes that movement obvious. Look at the dolly example above. Without the subject in the foreground, the background barely looks like it’s moving at all.

This is something that can be tricky. Gimbals like the Crane 2 (if you’re shooting Canon) offer advantages like a follow focus wheel, but for others you may have to either rely on your camera’s autofocus (not usually a great idea) or shoot with a deep depth of field. The latter will help, although it won’t necessarily give you the footage you’re after if you want that cinematic shallow depth of field look.

But getting close to your subjects while moving and keeping that steady shot can be very effective. Sometimes you don’t even need to worry about the focus. Having your subjects move into focus can be a great way to draw more attention to them as they become sharper. Likewise, having them move out of focus as the shot progresses can be a great way to transition away to something else.

Movement is also much more dramatic when you’re a lot closer to your subject, and this type of shot is quite unique to handheld motorised gimbals.

Planning is important for all kinds of film projects, but with gimbals even more so. Gimbals are fun to use, so people get eager and excited and just rush into filming whatever thinking it’ll look amazing. But they’re also heavy, so they can be tiring pretty quickly. Plan out your shots in advance so that once you get the gimbal in your hands, you know you’re getting the shots that you want and not hoping you get some decent footage.

If you want to shoot a big long shot, then gimbals are perfect for this. But to be able to shoot a 30 second+ single clip that’s going to be effective definitely takes some forethought. You can’t just whip out the gimbal and follow your subject haphazardly. You’ll want to plan their movements and yours for the best results.

I can’t imagine I’ll be doing any long takes gimbal myself this weekend but I’ll be heeding the other four points this weekend.

These tips aren’t just limited to DSLR or mirrorless gimbals, either. They all apply equally to those phone and action camera gimbals, too.

6 creative ways to use a gimbal for your video footage

13 Gimbal tricks to up your gimbal game