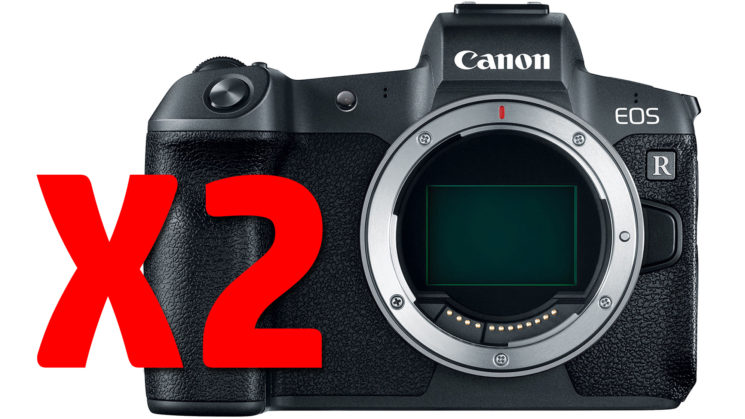 When Canon announced the EOS R, many were disappointed. And it wasn’t just the single card slot, either. It was that Nikon had just announced a pair of bodies, with one being a high 45MP resolution, while Canon was only launching one.

Now, though, it seems that those high resolution prayers may be getting answered. And according to Canon Watch, that may happen as soon as next year’s Photokina in May – if not sooner.

Although the EOS R would probably take care of the needs of 99% of camera users, there are always those that have certain technical requirements for their work. This is why DSLRs saw such a wide range of specs and features. And any company that hopes to make any kind of serious impact in mirrorless will also eventually need to offer a similar variety.

Nikon kicked off with the Z6 and Z7. Sony now has four product lines; the A7, A7R, A7S and A9, all aimed at different needs. Panasonic, too, announced that we would see two new S1 and S1R full-frame mirrorless bodies coming early next year. And while Sigma hasn’t announced how many new cameras might be coming, they’re definitely going to be announcing at least one that’ll fit into the new Panasonic/Leica/Sigma alliance ecosystem.

If Canon does announce two new mirrorless bodies next year for the RF mount, there are some things we can be reasonably sure about. One of the cameras will be a high resolution (perhaps similar to the 5DS’s 50MP), and neither of them will contain an APS-C sensor.

Canon has stated that the EOS R system cannot be downsized to accommodate an APS-C sensor. So, the EOS M system will live on. Of course, this does make things somewhat tricky if EOS R aren’t compatible or adaptable to EOS M bodies. It means those who wish to shoot full frame and crop (common amongst DSLR and Sony shooters), then they’ll need two completely separate lens lineups instead of being able to share the same (full frame) lenses between both.

If Canon does launch a new high-resolution EOS R in the next 6 months, then it’s possible this could be a replacement for the ageing 5DS & 5DSR models. Sure, Canon has said that they’re still going to continue with their DSLRs despite mirrorless, but does it make sense to refresh the 5DS in their DSLR lineup if they’re going to release a mirrorless version that’s adaptable to EF mount lenses?