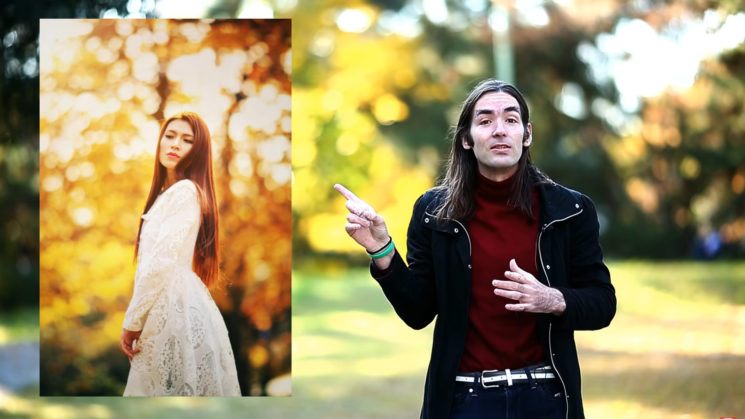 It’s that time of year again, gathered around our families. They all know we have that fancy camera. So, it’s down to us to document the event and get portraits of everybody for history. Shooting portraits, though, isn’t always that easy if it’s not something you’re used to doing.

Well, here’s Ilko Alexandroff with 16 portrait photography tips to help get you going. It’s not one of those “cram as many tips as you can into 3 minutes” videos either. Ilko goes pretty in depth on some of them, and talks about his reasons for choosing one thing over another. All in, it’s a 47 minute video, and well worth the watch.

Ilko goes through a lot of information in this 47 minute long video. I’m not going to cover it all here, or there’d be no point you actually watching it, but I am going to mention a few of the things on his list.

Essentially, it doesn’t really matter what camera you use or the size of the sensor. No real surprise there. You can get amazing portraits with anything. Larger sensors will offer advantages for shallow depth of field, though. Higher ISO performance tends to come with larger sensor cameras, too. But, ultimately, that boils down to personal preference and needs.

Also, it doesn’t really matter what lens you shoot a portrait with. There’s really no such thing as a “portrait lens”. You can shoot portraits with ultrawides if you’re doing something environmental. Perhaps you want to capture the entire Christmas tree, with the whole family around it. You’re not usually going to be able to do that in your living room with an 85mm.

All that matters is the final look you want. A certain look might require you to use a specific lens, but that look a choice, it’s not mandatory.

The lighting choices you make for portraits are usually far more important than what camera and lens you use. And good light doesn’t necessarily mean you need to spend a ton of money on expensive lighting gear and modifiers, either. Ilko often uses natural light instead of strobes when it can give him the look he’s after.

So, don’t ignore that great big soft window light, or the open shade at the back of the house. Even with natural light, though, a 5-in-1 reflector can always come in handy. Using flashes and softboxes will let you get more control, but if you don’t need them, why use them?

When you do need them, Ilko’s lights of choice are speedlights. He favours the Nissin MG8000, but most of us won’t need to go to that kind of expense, especially indoors. You could easily get by with a Godox or two. When you want the light a little softer, you can pop them inside a 60cm softbox or use an umbrella. Even these small modifiers can give a very soft light when used close to your subject. 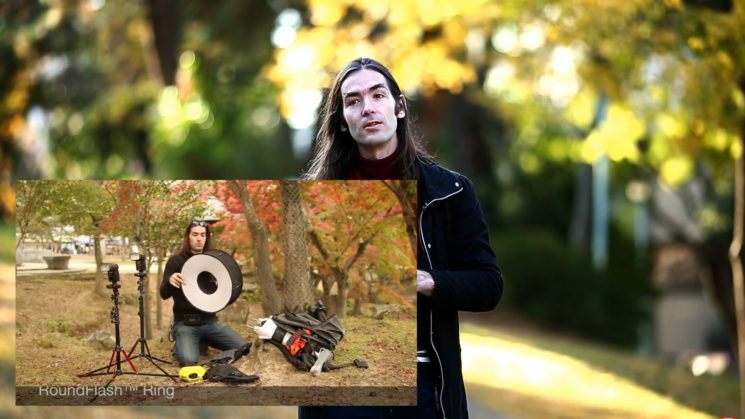 One specific item that Ilko mentions in the video is the RoundFlash Ring. Some people don’t like the catchlights that such a modifier provides when wrapped around your camera’s lens, but personally I love it. I picked up a RoundFlash Ring earlier in the year, and it’s become one of my favourite speedlight modifiers. You can also use it off-camera in a similar fashion to a beauty dish.

Always be aware of your surroundings

This is an important one. The light constantly changes if you’re shooting outdoors. The sun moves, so do shadows. This time of year, for many in the northern hemisphere, it also gets dark quite rapidly early on. Artificial light sources naturally in the scene, such as the light from a store window or even a vending machine can be enough to give you a great look outside.

You’ll also need to keep an eye on the environment behind your subject. You don’t want things cutting through or growing out of the top of peoples heads. You don’t want background your background to be too busy and distracting, either. If your lens doesn’t have a wide enough aperture to blur it out, you’ll want to look for somewhere with a clean background. That way your subject stands out.

There’s a whole lot more tips and information packed into this video, so grab yourself a coffee, beer or preferred drink, sit back and relax for 47 minutes. This isn’t specifically a holiday season video. The advice is valid throughout the year for pretty much any type of portrait you might want to shoot. But, this is the time when we’re often expected to photograph our families, so the timing is rather good.

What was your favourite bit of advice Ilko mentioned? Do you think he missed anything? What other advice can you offer? Let us know in the comments.

How To Take Beautiful Portraits of Women With Or Without Photoshop

« ZY Optics launches 20mm f/2 4.5x lens: it’s Super Macro and super affordable
This is what sports photography was like in the 80s »