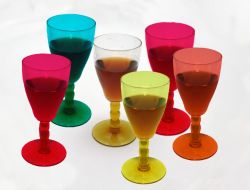 Both the Strobist and Rui talk about the virtues of using gels on strobes to create atmosphere in a shot. Either cold blue or hot read. Uber photographer David Tejada uses gels on a regular basis to spice up his shots.

Reader Tony Bell has an interesting idea on color correction gels. Even though they are cheap and available, you can still beat the price, if you are going for Lomo style and Lomo level color accuracy.

Use beakers. Yes colorful beakers. (Now I have to admit, that I had to look "beakers" up – it’s that cylindrical thingy that chemists use for making potions. Luckily, plastic cup will have the same effect. So instead of beakers you can use tumblers :)

Here is how it looks like on a flash head. As you can see, It also functions as a flash diffuser or a bear-bulb modifier. 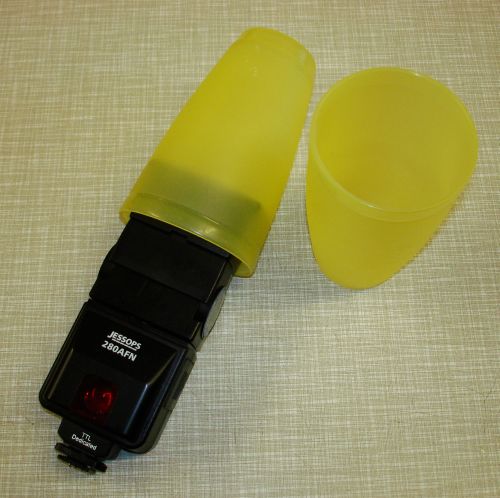 And here is some nice art made with different tumblers. 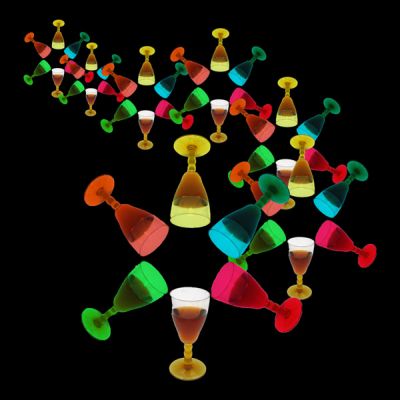 More Coolness:
– The Cheapest Ring Light Ever
– The Ghetto Studio
– Painting With Light
– Turn Them Christmas Ornaments to a 360 Fisheye Lens
– Create your own Bokeh
– Flash Mounted homemade DIY Softbox