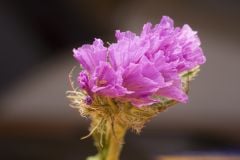 This is a guest post by Ken Stewart, a real DIY pioneer. Having recently gotten into macro photography with a set of Raynox close-up lenses, I found myself wanting a macro focusing rail so I could smoothly and precisely vary the distance between my camera and the subject to get the focus right. A quick check of the web showed me that the cheapest Manfrotto slide I could find was $80 (plus tax and shipping, of course), but I figured I could do better with a little ingenuity, and an obligatory trip to Home Depot.

I wasn’t certain what I was looking for, but I knew the ideal donor item would have to be cheap and sturdy, and reasonably precise. If I had been willing to settle for two of those three properties, I would have had multiple options, but given that I wanted all three, I ended up settling on a cheap, benchtop vise for a drill stand, courtesy of Home Depot. 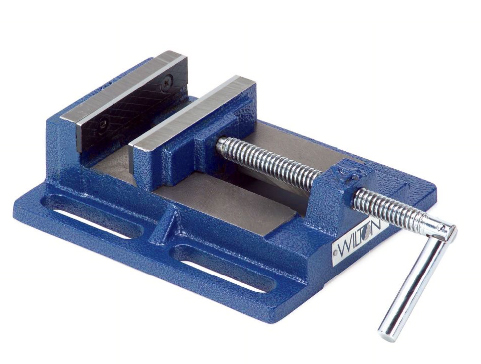 It passed the first test – $16.86 – was eminently sturdy due to its forged-steel construction, and although not very precise at first, offered a useful 4 1/2″ of back-and-forth travel under screw-thread control, and looked as though it could be easily shimmed to improve the smoothness and precision of the movement.

I figured I would use the moving jaw as the camera carriage, and in my case, knowing I planned to put an old tripod head on top, chose a 3/8″ stud as the most appropriate mounting point for it. I found the shortest (3/4″ long, I think) hex-head 3/8″ bolt I could find at HD (about 16c, I think) and mounted it, upside down, on the jaw as shown using JB Weld “epoxy steel” adhesive. 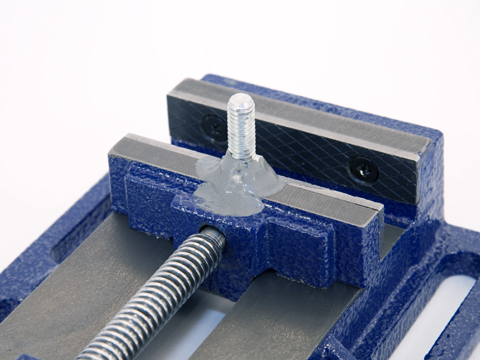 The top of the head on the bolt had some markings on the top so I filed them down to make it nice and flat so it would make good contact with the jaw of the vice.

I said the vice in its initial state is not very precise because a $17 vice is not a precision tool. Manufacturing tolerances are pretty low, and when you flip the vise over and remove the retaining plate, you can see that the carriage fits pretty sloppily between the guide rails (circled area in the pic below), so with the tripod head and camera mounted on top, you’d get the camera lined up on your subject, go to back up the camera just a fraction and the carriage would wobble around so much you would lose sight of the thing you were pointing the camera at. 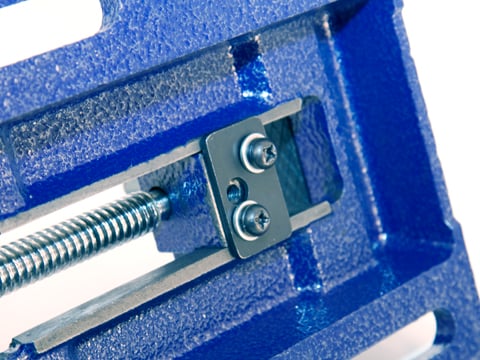 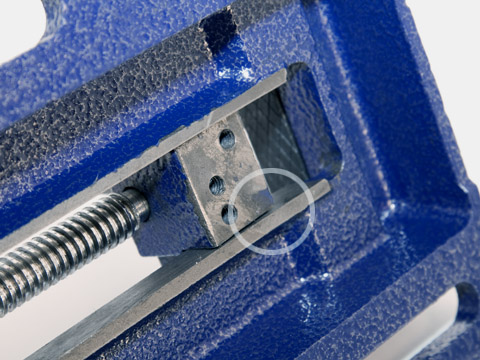 I eyeballed the amount of play in the carriage and figured some thin steel would make a good shim, so off I went to the roofing section where I found the perfect thing – pre-bent galvanized steel flashing, with a nice, sharp 90 degree crease already made in it, and just about the right thickness to fill the gap, and to be cut with tinsnips. 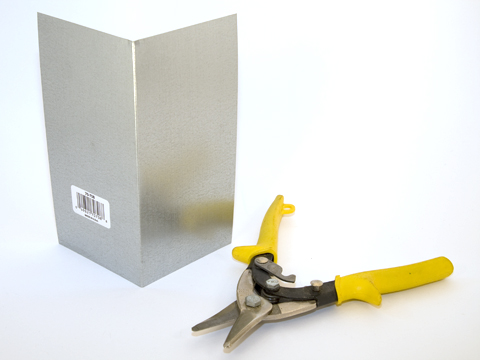 I measured the rail to be 1/2″ deep and the opening to be 5 1/2″ long, so I cut a piece of flashing to size, slipped the shim into place, and then reattached the retaining plate. For me, that one, simple shim eliminated enough of the play from the mechanism – your mileage may vary, so be prepared to experiment with multiple shims. 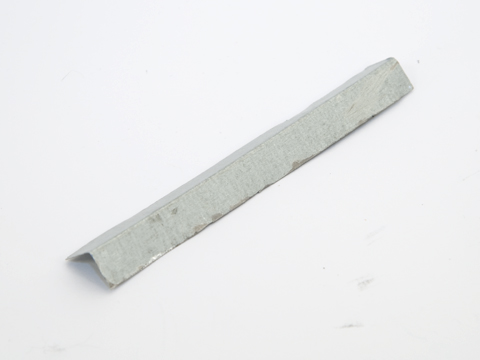 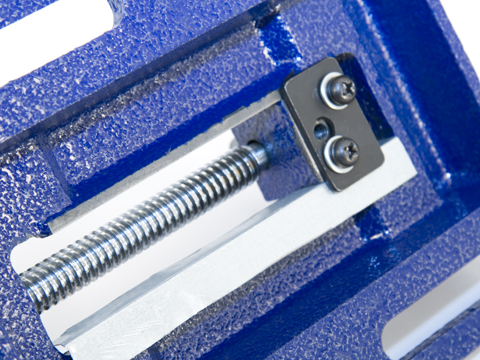 With those steps completed, you can attach a tripod head or quick release bracket to the 3/8″ stud (or both as I have done in the next picture). 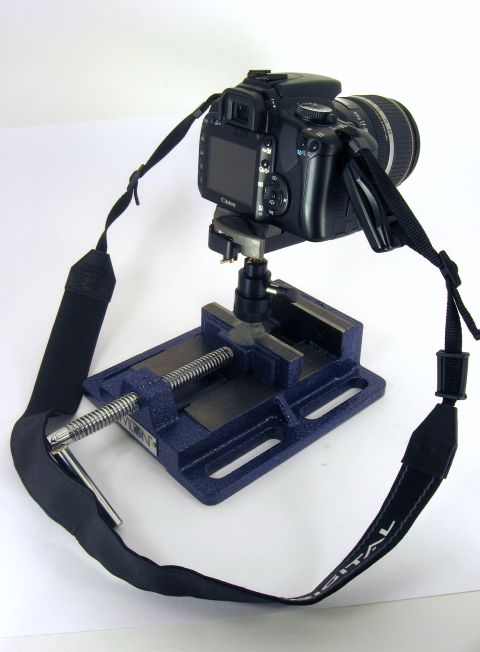 Here is a sample shot made with this rig (click to enlarge): 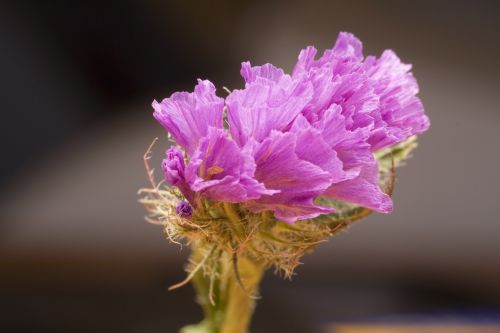 Lastly, if you liked this article, make a jump to Ken’s flickrstream, and say hi.

More Macro:
– Reverse Macro Ring
– The Origami Studio (An Extrapolation to The $0.02 Macro Studio)
– Back to Basics – Depth Of Field

If you need less precision and wanna go with a real DIY macro lens, watch the flick