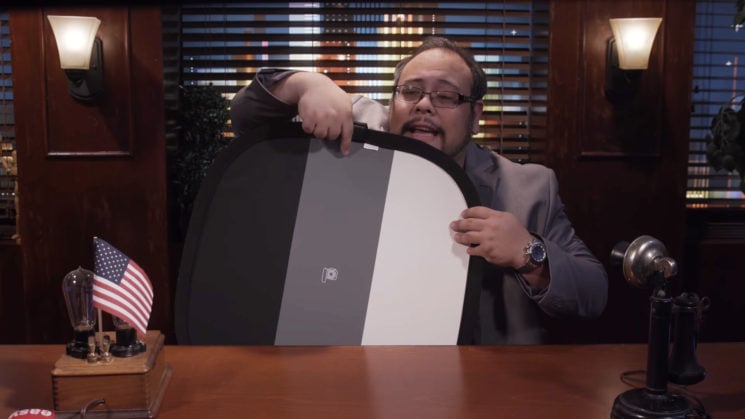 Middle grey is a term we often hear mentioned when it comes to exposure for both photography and video. But exactly what “middle grey” means often causes heated debates. So, what is middle grey? And why is it important?

As a follow up to a recent post going into the science of exposure and metering, John Hess at Filmmaker IQ goes into depth into the meaning of middle grey. He explains why different people have different numbers for what middle grey is, and why it’s important to know the difference.

At its simplest, middle grey is the halfway point between pure black and pure white. In RGB terms, that’s 127,127,127 (halfway between 0,0,0 and 255,255,255). But in terms of exposure, it’s not quite that simple. And the concept of middle grey is becoming a little less specific as camera technology evolves. As we start to see cameras with higher dynamic range and varying levels of output from simply 8Bit JPGs to 16Bit RAW, “middle grey” has become more of a zone containing several different levels of grey.

The common number floated most often when it comes to defining middle grey is “18% grey”, but 18% of what? If it’s right in the middle, why is it not 50% grey? Well, that’s all down to the fact that brightness and reflectivity are not linear. Think about it, if you’ve got something that’s white, and you photograph it and it looks white, if you lose 1 stop from your exposure, you’ve lost 50% of the light from your scene. But does that white surface now look middle grey? No, of course not.

Rather than taking the average of the white and black values, which is how RGB values essentially work in Photoshop, it’s calculated using a geometric mean. Essentially, you multiply one value (black) by the other value (white), and then determine the square root of that result. In this case, John spot metered his black/white/grey card at 90 cd/m² for black and 1400 cd/m² for white. So, when we slot these into that equation… 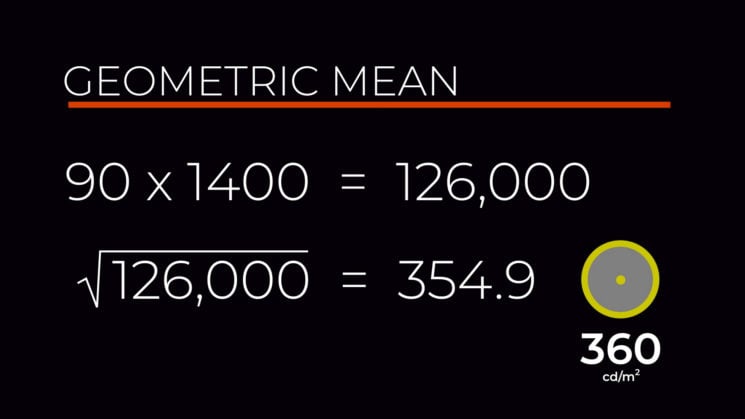 This provides the true “middle” value. It sounds complicated, but this is how “middle grey” has been calculated since as far back as 1903. The final value of 354.9 cd/m², it comes pretty close to John’s actual spot metered value of 360 cd/m². But this is 12.9% of the white intensity. So, where does 18% come from?

18% grey comes from the world of print,m and is based on reflection. An 18% grey card reflects back 18% of the light that hits it. And it is actually the geometric mean between white paper (95% reflective) and black ink (3.5% reflective). 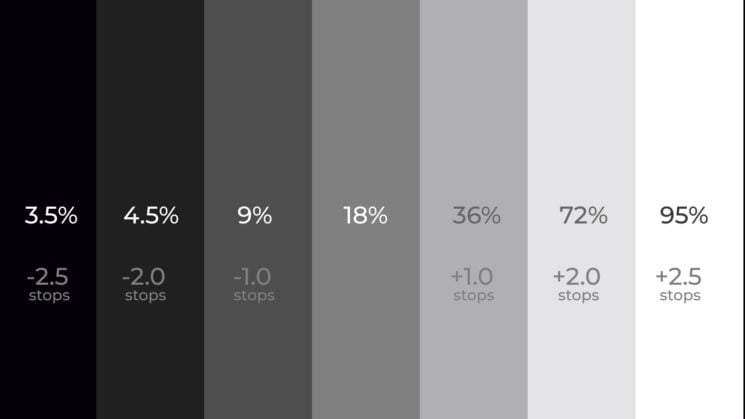 But capturing light is different to print. When Ansel Adams described using a grey card for his zone system, he recommended tilting the card so that it was halfway toward the light, cutting its exposure value and darkening the card. And Kodak, too, recommended that when metering from their 18% grey card that you increase the exposure by about half a stop, essentially placing true middle grey at 12%. And 12.8% is the ANSI PH3.49-1971 definition of middle grey, too (pretty close to that 12.9% geometric mean). 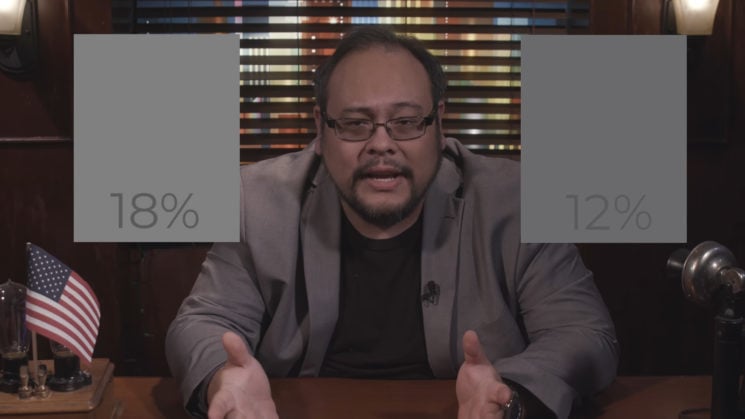 Ultimately, the real difference between 18% grey and 12% grey is only about half a stop. Most people wouldn’t really be able to see the difference between the two out of context. And, as mentioned, technology has come a long way since 1903. Digital technology now offers crazy dynamic range and ISO performance. Being half a stop off in either direction won’t really make much difference to most images. And with various flat and log profiles, even without RAW, middle grey isn’t even really middle grey anymore.

And with histograms, waveforms, RGB parades and other exposure meters available on modern cameras, the grey card is becoming less required for video. It’s still quite handy for photography, but it will still boil down to personal preference.

While it might not be as important as it once was to understand this stuff, I still find it very interesting. Knowing it can help us to understand how certain problems arise in our exposures, and why we might not always be getting the shots we expect.

I’ll probably never look at my Lastolite Xpobalance quite the same way again.

What is VC and why does it matter?