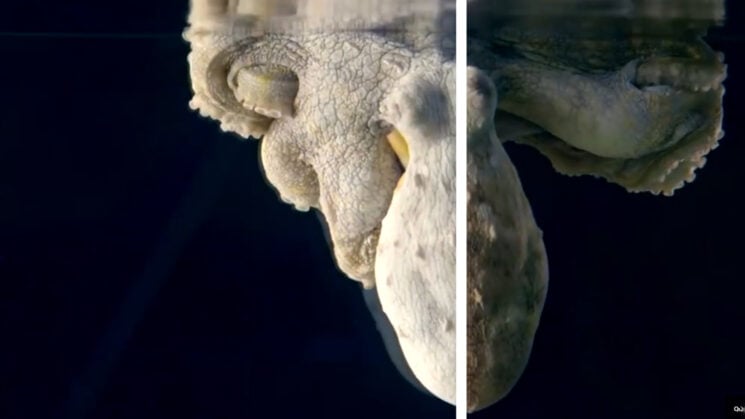 If you’ve ever watched a cat or a dog sleeping, you could tell if it was dreaming. But did you know you can tell while an octopus is dreaming, too? In fact, you can probably even guess approximately what it’s dreaming about.

Professor David Scheel witnessed a remarkable moment of an octopus dreaming and rapidly changing colors in its sleep. He filmed the entire thing, and it could be the first time a dreaming octopus has ever been caught on camera.

I stumbled upon the video while scrolling through Facebook, and it blew me away. As the color change happens, professor Scheel describes what the animal could be dreaming about. Maybe it saw a crab, turning all dark as it left the bottom in its dream. Then it moved closer to its prey, camouflaging, so the crab didn’t notice its presence. It’s something like humans talking in their sleep, or dogs “running” after a rabbit in a dreamland.

I knew that octopuses change their color to warn their predators, to camouflage while hunting, or to express fear or anger. I had no idea they could do it while dreaming of all these things, and I find it fascinating.

Watch: photographer films getting a “hug” from a giant octopus