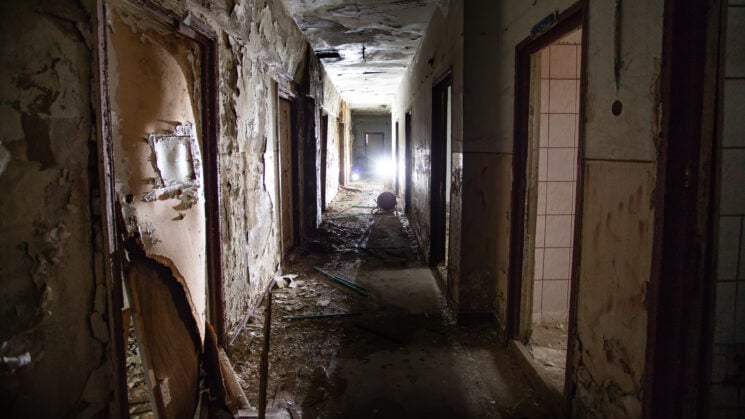 A group of urbex photographers made a grim discovery while exploring an abandoned building in Kansas City. Shortly after entering the building the men found a decomposing body and alerted the authorities. Police then called homicide detectives to the scene to further the investigation.

Urban explorers (or urbex as they are known) Michael Meredith and Aaron (family name not supplied) were out indulging in their hobby of exploring abandoned and derelict buildings. After doing extensive research, they told DIYP that they found what looked like a suitably interesting empty building. Upon close inspection, they noticed that the front door to the building was actually open. 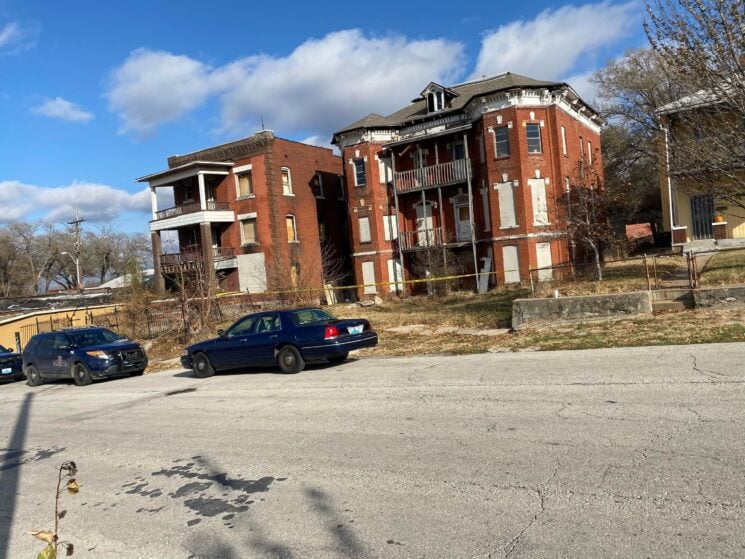 Entering cautiously, Michael walked down the hallway. “There was a really strong smell of what I assumed to be human feces,” he says. Apparently, that’s not uncommon for urbex explorers, especially in cities with a large homeless population. “But I was paying more attention to watching out for holes in the floor, so didn’t at first notice anything unusual,” Michael continues.

However, his friend, Aaron immediately recognized that the smell was unusually strong, and warned his friend to be careful. “About five or six feet down the hall was what we initially thought was just a pile of clothes,” says Aaron, “then we realized it was actually a real human body.”

The body was was fully clothed and face down and already in a fairly advanced state of decay. It was evident that there was no chance of saving a life.

The men reacted in shock to the discovery. It took Michael a moment to register what they had found, “and then we just ran out of the building as fast as we could,” he adds slightly ruefully. It was clear that something had to be done, they couldn’t just leave the body there. But urban exploring is often considered a bit of a grey area legally and obviously, the men didn’t want to get into any trouble for trespassing.

“After thinking about it briefly, we knew we had to call the authorities,” says Michael, “it was just the right thing to do.” Once the police arrived, they alerted homicide to continue the investigation, and the building was declared a crime scene and taped off. The men had to give a statement and were then sent on their way.

Michael and Aaron were thanked by the police for alerting them, and were not in any trouble for the manner in which they found the body, nor were they in any way connected with the case. 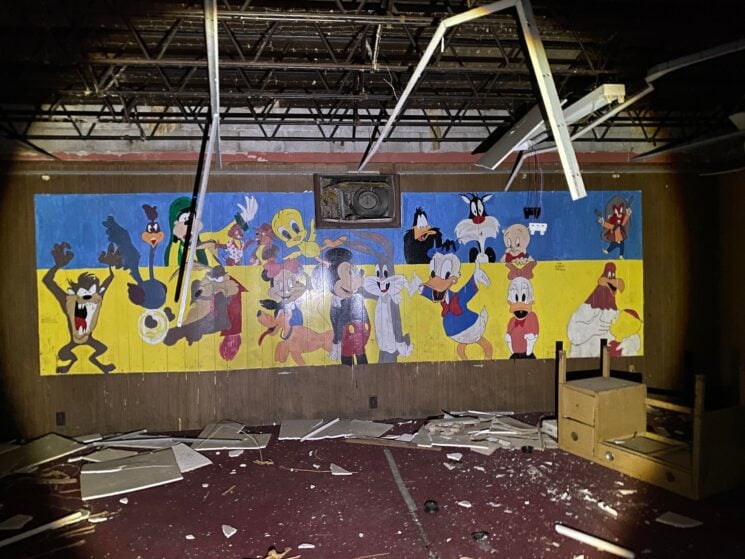 Michael has since gotten over the shock, although acknowledges that this sort of discovery is almost always in the back of an urban explorer’s mind. However, he’s not new to urbex and fortunately had enough experience to know how to deal with the situation.

“I’ve encountered live humans before in my exploring, but this was the first dead one I’ve found,” he quips. Contrary to popular belief, urbexers have a strong ethical code and are keen to break ties with petty vandalism.

“We abide by an ethical code,” says Michael, “we only take photographs. We don’t damage anything, we don’t steal, there’s no breaking and entering,” he continues. “We respect the history of the buildings. We just want to have a look around, see what’s there,” he adds.

Michael has some advice for anyone new to the field and likens it to going out hiking in the wilderness. “Always be prepared,” he says. “Take a flashlight, spare batteries, and a mobile phone with extra chargers. We always bring water too.” He stresses that it can sometimes be risky, dead bodies aside.

“Watch your step,” he advises. He then tells DIYP about how he once broke his big toe by falling through some rotten floorboards. He’s lucky that’s all he broke. Many urbexers haven’t been so fortunate.

Michael is also keen to emphasize the community spirit behind urban exploring and mentions that since he posted about his recent experience, he has received countless expressions of support from fellow urbexers. The silver lining to the whole experience may be that he is building a local network with other people passionate about urban exploring. He’s even planning to create some group outings together.

Ultimately though, the real takeaway Michael says is knowing that they did the right thing. That was a real, living human who maybe has loved ones wondering what happened to them. If he’s been able to help them find some closure, then all the better for it. Not to mention that it’s still an active murder inquiry and somebody is culpable for the death. Michael and Aaron may have helped bring somebody closer to justice.

Finally, Michael has one more piece of advice: “Don’t be afraid to do the right thing. Call the authorities, you won’t get into trouble. Be safe out there everyone because you never know what you’ll encounter!”