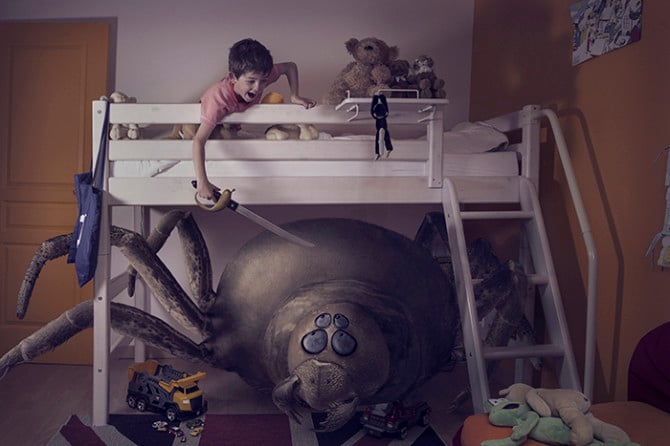 There are few things in life more inventive than a child’s imagination. From an artistic standpoint, we could probably all benefit from the ability to tap into our inner child every once in a while. That’s exactly what French photographer, Laure Fauvel, has done for a recent collection of portraits titled “Terrors” that show children battling off monsters of nightmarish proportion.

While the Fauvel’s images are really clever and fun to look at, they address serious issues. Terrors is aimed at raising awareness and prevention of child abuse by instilling a sense of strength in children which can prevent them falling victim to predators.  The children in the photoshoot were enlisted via the photographers friends whose children undoubtedly jumped at the idea of becoming real life monster slayers. 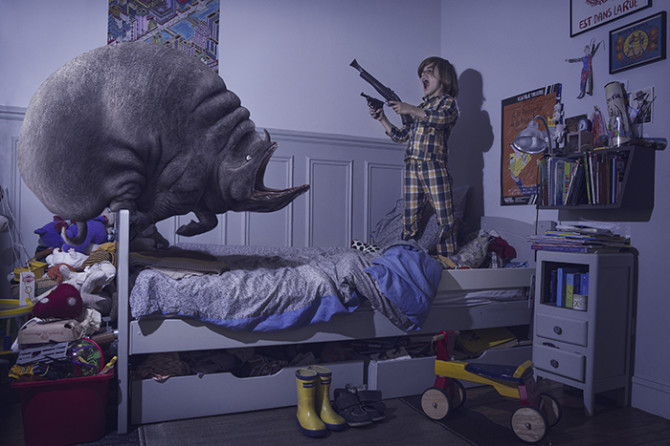 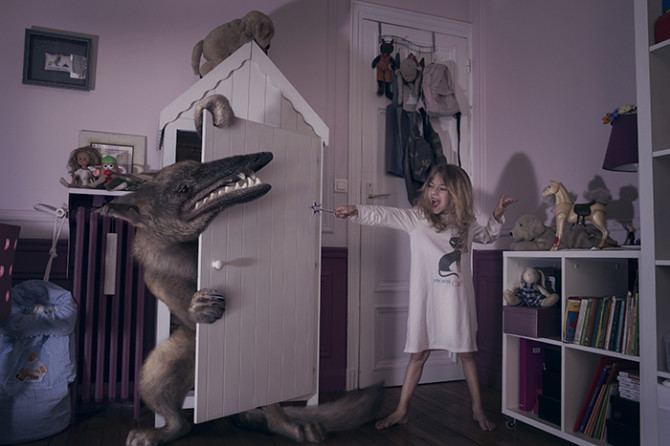 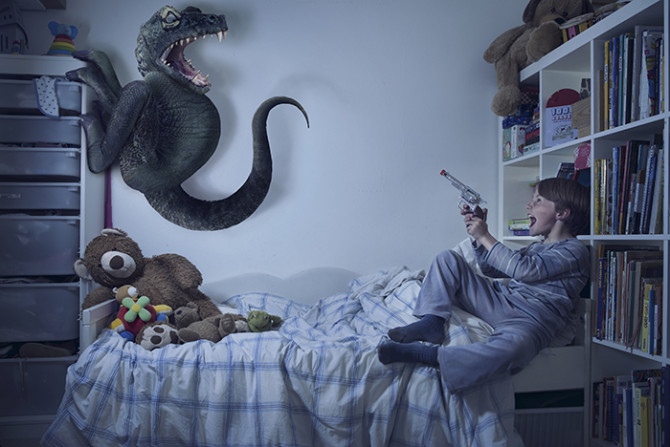 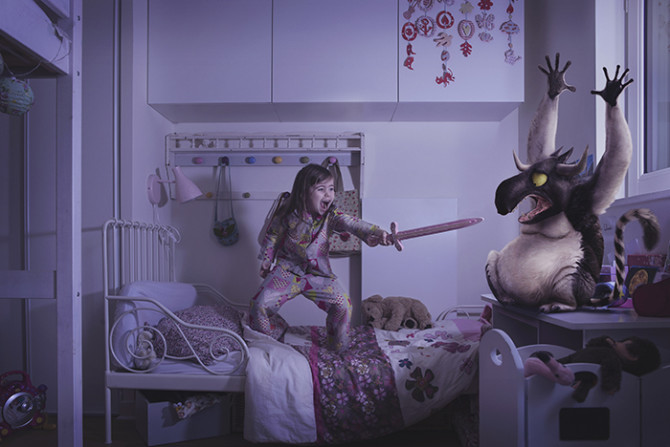 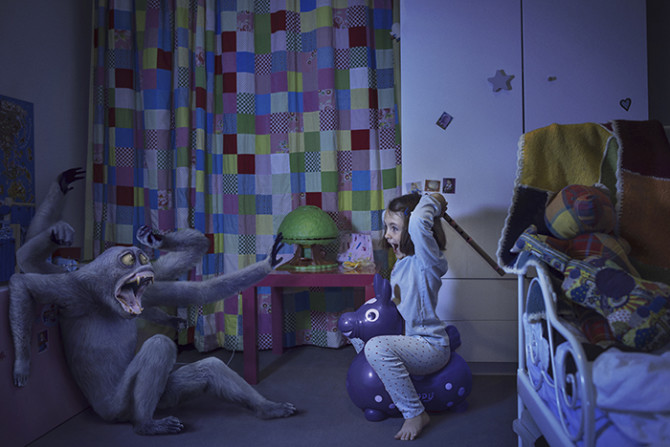 As for the monsters, Fauvel says they were composited into the portraits during post production using Photoshop. Fauvel shared in an email that her boyfriend, Xavier Saillol, a cartoonist, helped her with the preliminary monster designs.

Are You Brave Enough To IR-ize Your Camera?

« Manchester United Bans iPad And Tablet Photography, Do You Think This Will Start A Trend?
Heartbreaking Video of a Girl Confessing to Deleting Her Uncle’s Picture »