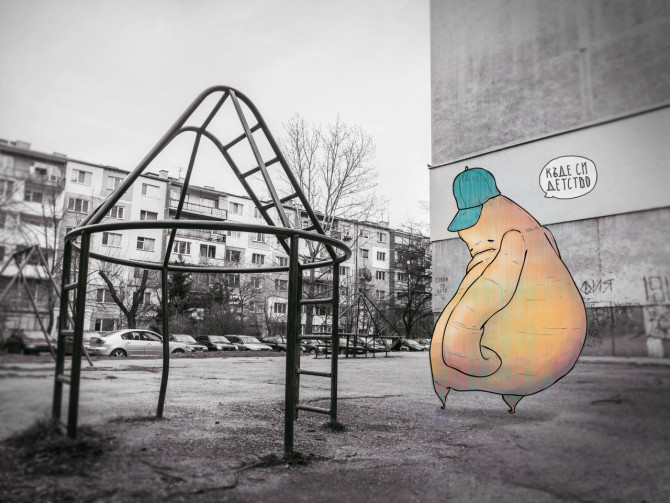 Many people would like to see certain things change in their city. Maybe encourage modernization or perhaps slow it down; promote new policies or change existing ones.

While most will settle for signing an online petition or ranting on social media, a couple of young artists from Sofia have taken a fun approach to raising awareness of the causes near and dear to them.

Sofia Monsters is an amusing series that gets the message across without taking itself too seriously.

Photographed by Atanas Kutsev and illustrated by Tochka, the series aims to bring issues such as environmentally friendly transportation, city cleanliness and preservation of trees to the public’s attention. “We are active young people and we care about our city”, they told DIYP. 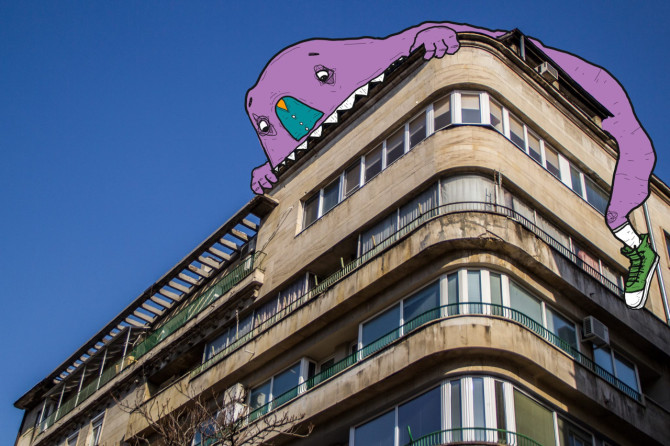 Boncho is afraid of the cars and that’s the reason he went up high. And now he cannot go down. Please, ride more bicycles – for Boncho!

As important as their messages might be, the couple admits there’s more than just social responsibility behind the project. “We know each other for quite a while now and this seemed like a good way to collaborate and create something together”, said Atanas, adding that the project is fun and that creating helps them relax. They also use the project to show some of Sofia’s familiar places from a different perspective.

Being a personal project, the duo carries it out as they go along. First Atanas takes the photos, then Tochka reviews them and when inspiration hits, a new monster is born.

Visit the Sofia Monsters website or Facebook page for more photos and for newer additions as the project continues. 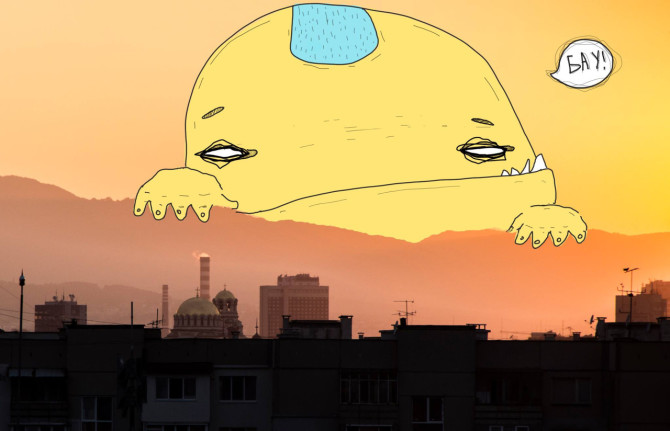 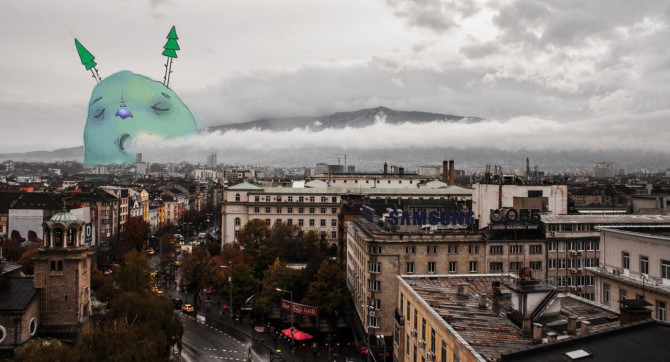 There is ‘hoo’ in Sofia! 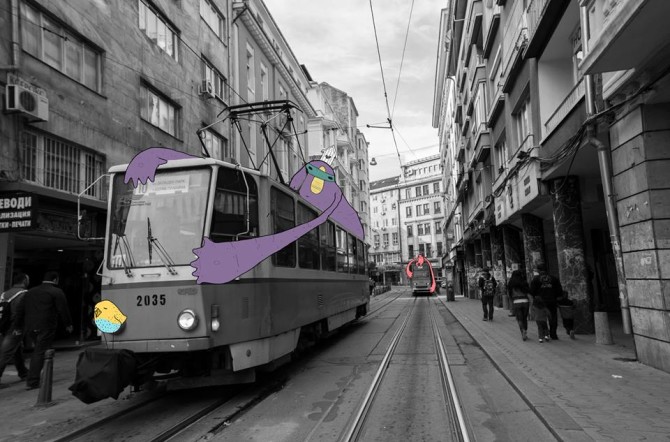 The monsters always travel with tickets! They just can’t fit inside the tram… 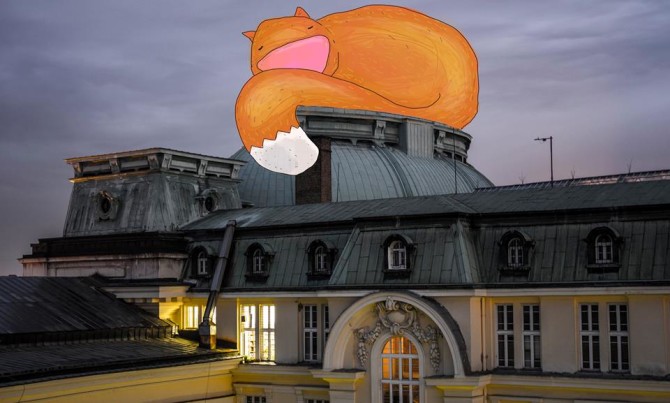 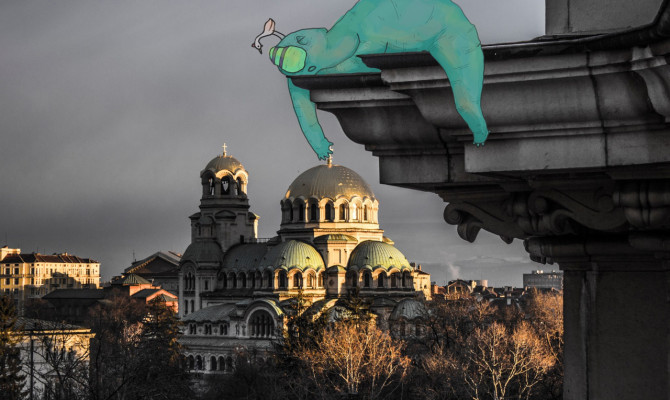 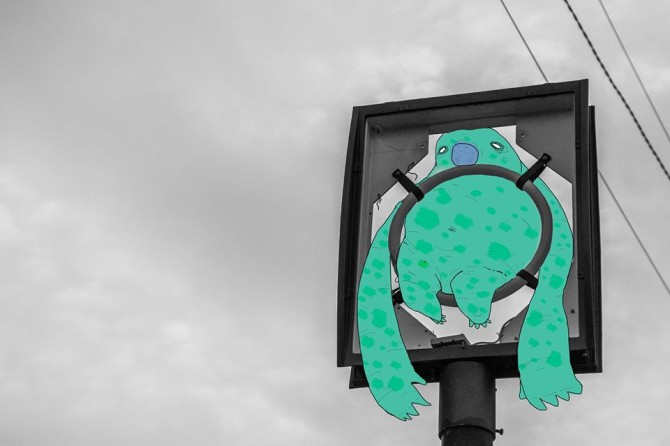 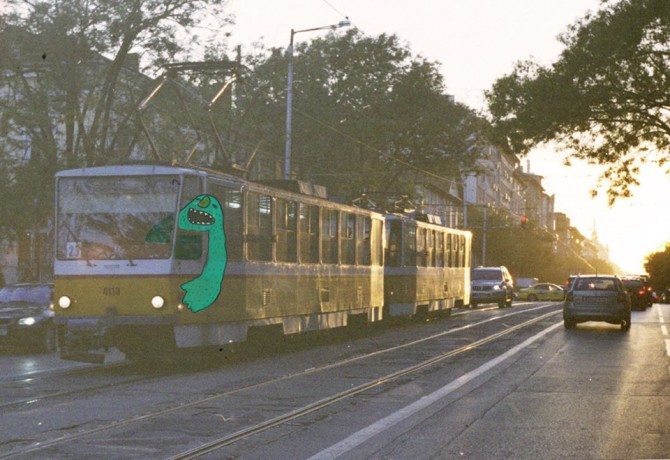 Who did you ride on tram with today? 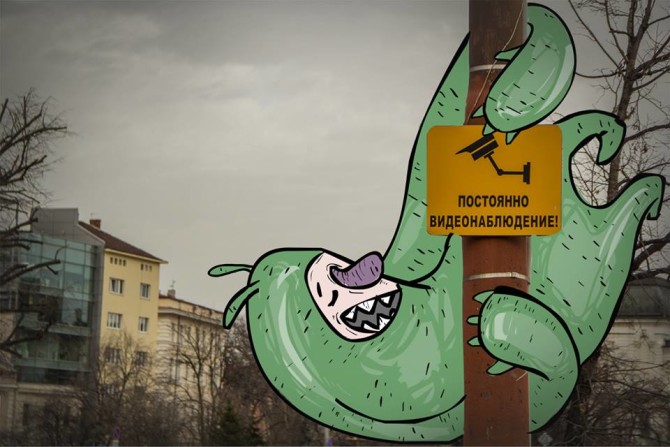 The monsters know they are being observed, but they don’t give a damn! 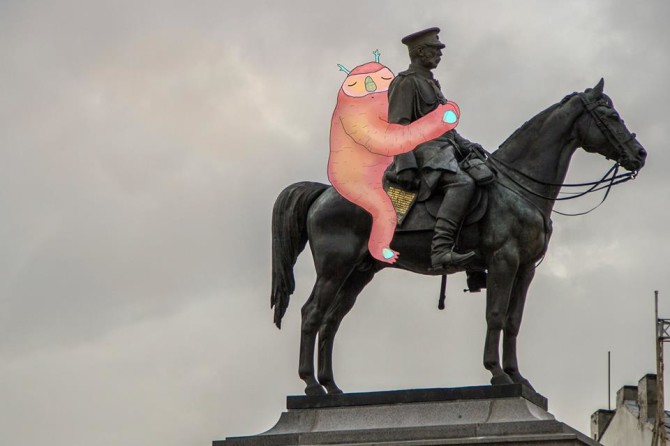 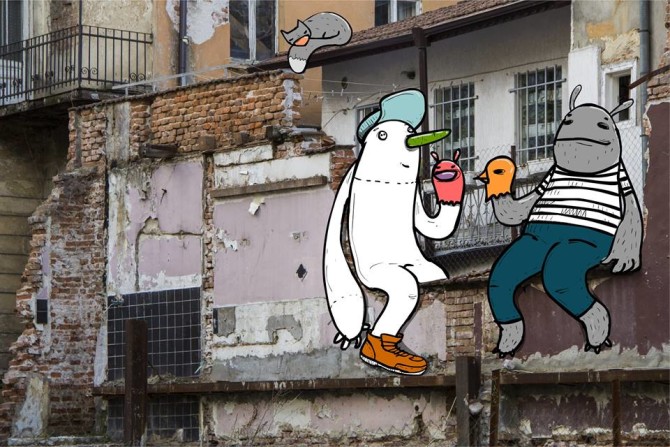 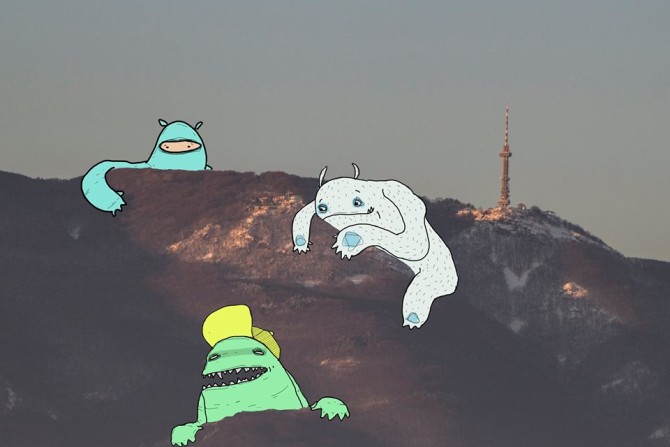 Friday is a hide-and-seek time! What are you gonna play on the weekend? 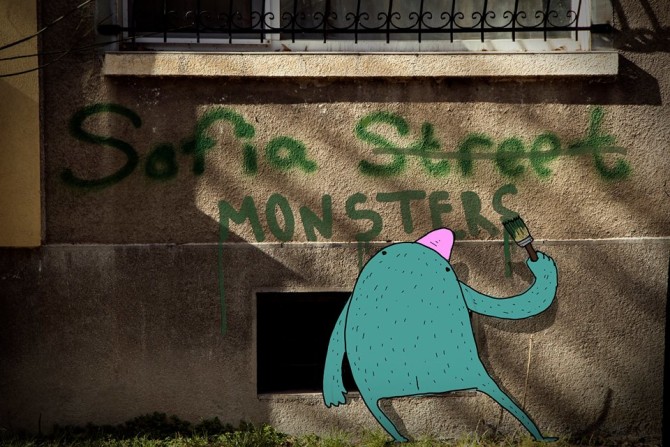 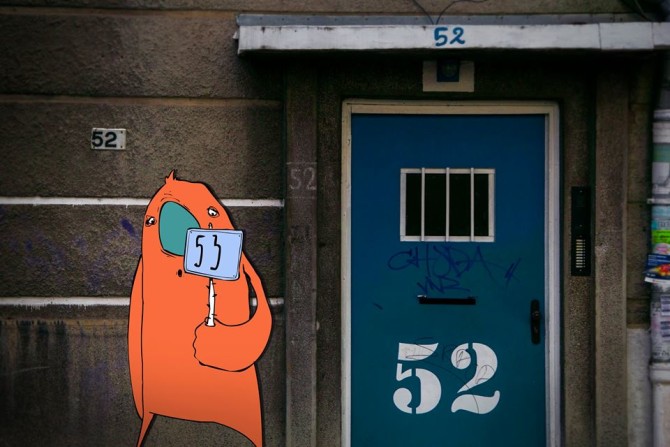 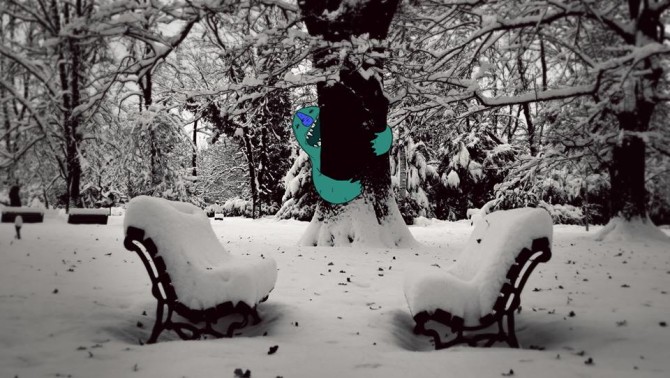 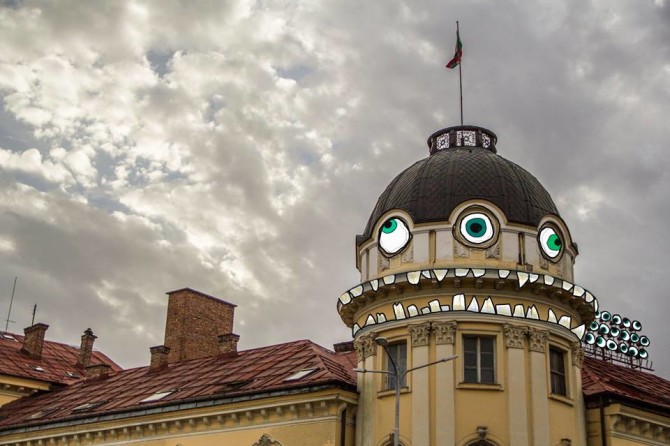 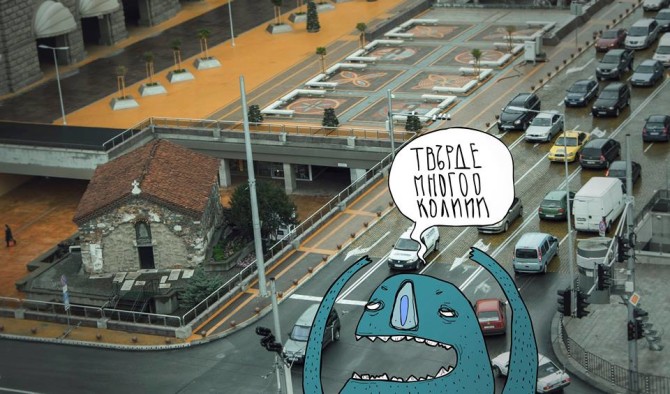 “Too many cars!” – he yelled angrily! 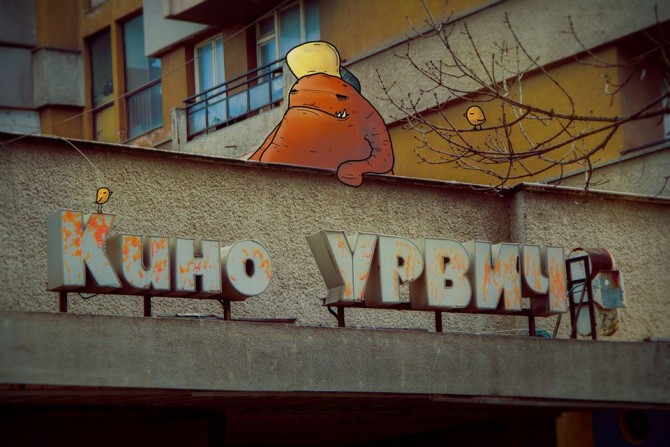 The monsters want a cinema in their neighbourhood. 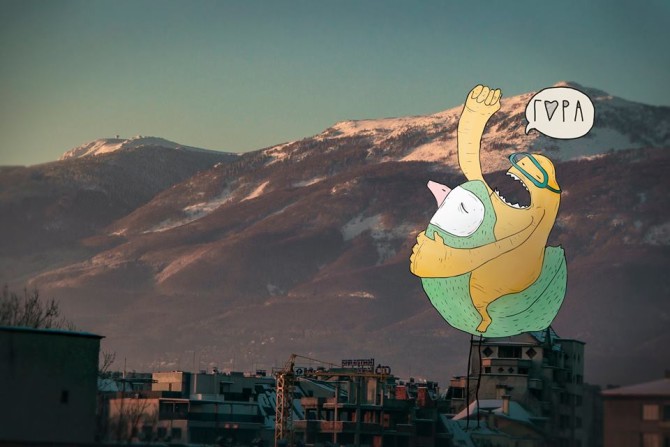