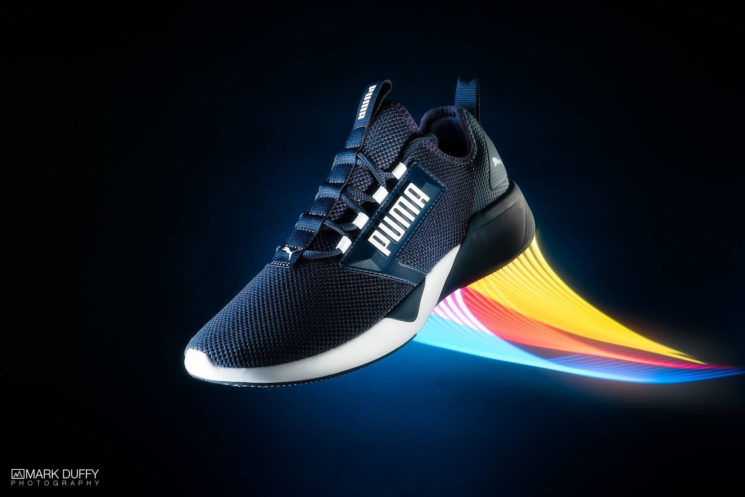 Product photography can be a lot of fun, especially when you start to experiment with light painting. In this video, photographer Mark Duffy shows us how he does his long exposure product photography using the new KYU 6 LED lights and Godox MS300 strobes in the studio on a pair of trainers (or “sneakers”, for those of you in the US).

Mark’s technique is fairly simple, although while he’s using several strobes, but as he says, this video isn’t really a tutorial on how to light products with strobes. That’s a whole other topic in itself and Mark hinted that there might be another video on the way about that. This video is about how to use LEDs for light painting to add some extra interest to the shot for your product photography.

As mentioned, Mark’s using Spiffygear’s new KYU 6 LEDs to do the light painting and is goal is to use them to help add a sense of movement to the shots that wouldn’t exist in a statically lit scene with just flash. 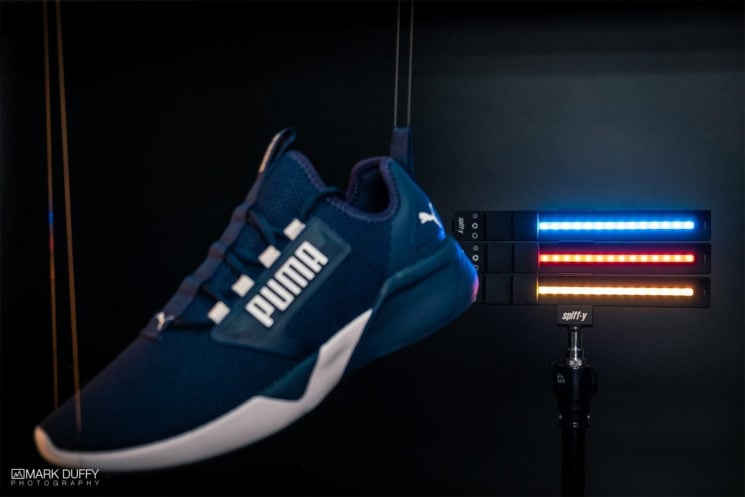 Mark uses between one and three of them in different parts of the video to create different looks in the shot. The image at the top of this post, for example, uses three KYU 6 LEDs, each set to a different colour. This one just uses a single KYU 6 LED set to blue. 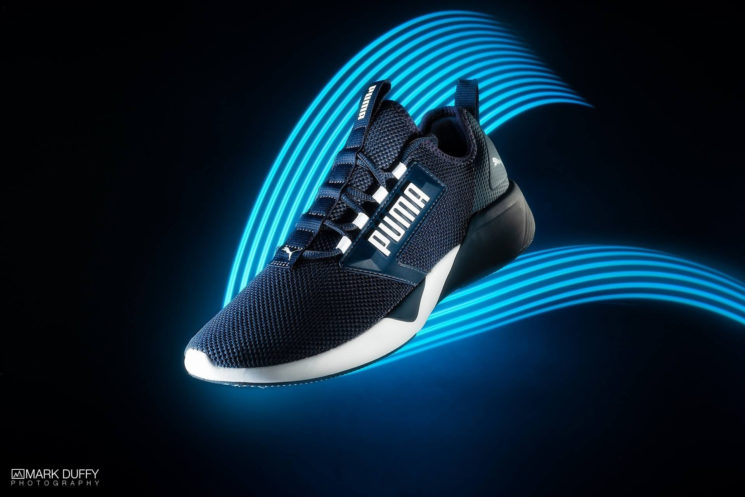 The great thing about mixing flash with continuous LEDs in this way is that if you’re shooting in a dark environment, once your flash has fired, you’re free to move about the scene with the LEDs without having to worry about exposure building up on the main subject. If there’s no light hitting it, it’s not going to get any brighter. 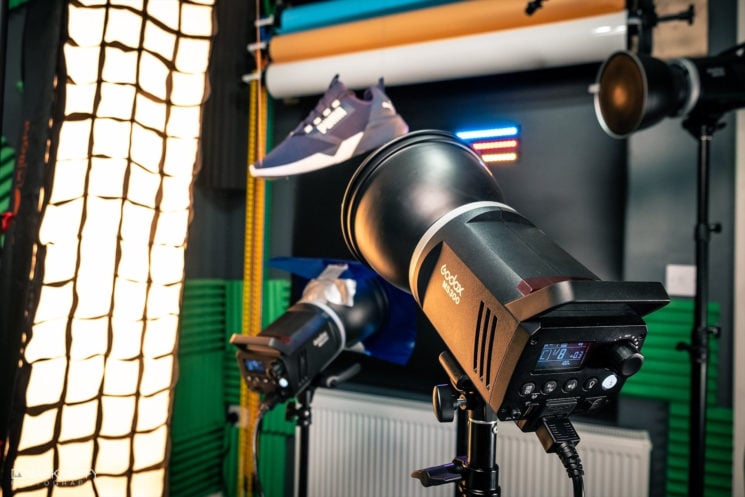 But once the flash has fired, you’re then able to move the lights around in front of the camera to “draw” that light and those colours exactly where you want them to be. Moving LED lights by hand can sometimes be unpredictable, though. Humans are not motion control devices. We’re never going to be able to move them in exactly the same way from one shot to the next, so every image is unique, which can make for a lot of fun and variety. 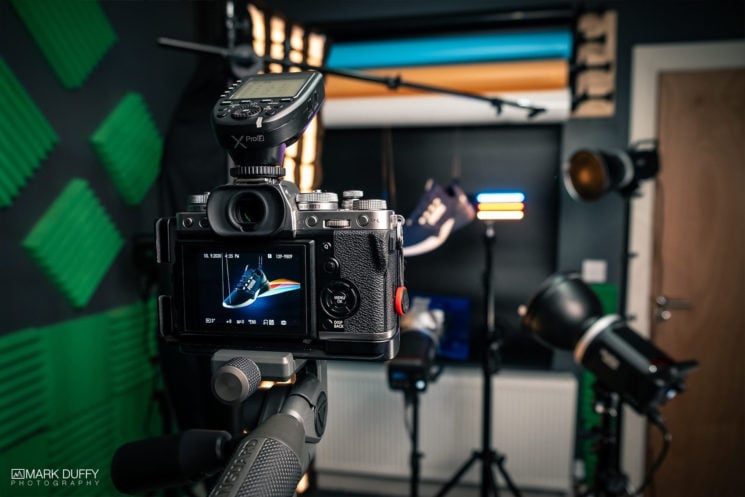 One of the great things about working this way is that while the KYU 6 LEDs aren’t adding to the main exposure of the shoe, they are creating some specular highlights on some of the darker parts, which means that everything looks like it belongs to the same scene (because it is all part of the same scene) right there in the camera.

If you were to shoot the products on their own, cut them out and try to add fake light trails in Photoshop, you’d have to do a lot more work to get the colours to match and blend everything together.

It’s a technique that’s a lot of fun to experiment with, even if it’s not something you end up shooting regularly, and pretty easy to do.

Have you mixed light painting with strobes before?

Learn To Light Paint Like A Ninja – 10 BTS Samples