Initial reports stated Sony’s online store has the a7R listed for just $199.99 instead of $2,299.99, leading people to believe that someone had made a mistake.

A deeper look, however, reveals that several other products, including the a77II were listed for ridiculously low prices.

With so many product prices being slashed, it seems increasingly likely that a (very) disgruntled worker or a hacker attack is behind this.

Most of the prices have been corrected, while others are busy being fixed, but will Sony fulfill the orders that have already been placed?

The frenzy began 3 hours ago when a Redditor by the name of ‘kapziel’ posted a link to Sony’s store where the a7R was being sold for $200 instead of $2,300. 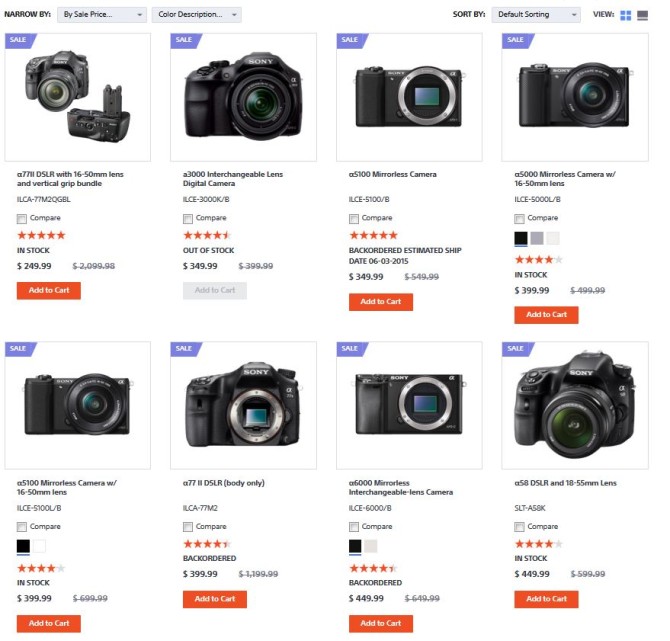 Assuming it was a mistake, hoards of happy shoppers rushed to order the camera before the price changed. The common belief being that unless Sony was having a once-in-a-lifetime sale, either the price was a mistake and Sony will fulfill orders nonetheless or worst case scenario the company will apologize for the mistake and provide a full refund.

For a short period of time Amazon had also offered the a7R for $199, due to its automatic price-matching system, but the error there was quickly fixed and orders were cancelled.

As mentioned, though, the steep discounts offered on such a relatively large number of products leads many to believe that Sony is once again under attack by hackers.

I’d like to stress that there’s no proof of this at the moment and it’s just an option being raised, but considering the previous hacker attacks the company has suffered, and the hackers threats to strike again, it doesn’t seem too farfetched.

In what seems to be a rushed attempt to stop the flow of orders, several products have been completely removed from the Sony website while in others the ability to add a product to the shopping cart has been disabled.

Some managed to place an order, others weren’t fast enough

It will be interesting to see what actually happened and who is behind the lowered prices, but for those who managed to place an order the big question is how will Sony goes about this; will it apologize for the inconvenience and cancel the order (as the site’s Terms and Conditions allow in such cases), or will it take a financial blow in order to receive positive PR and avoid disappointing its customers? 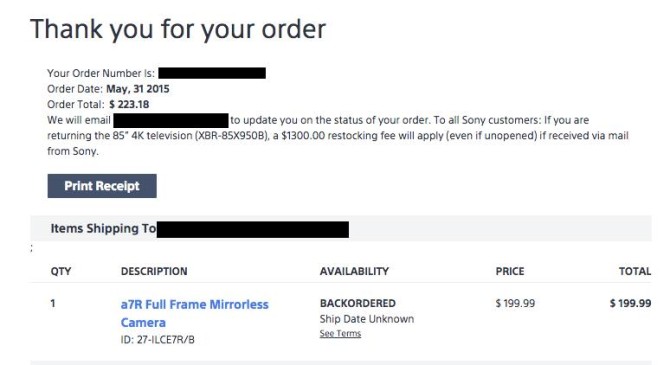 Will this lucky shoppers order be fulfilled? 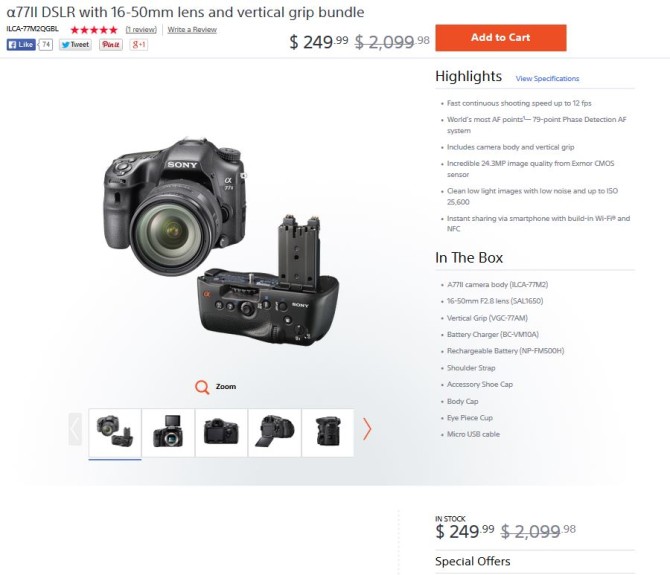 The deal of a lifetime or a disappointment?