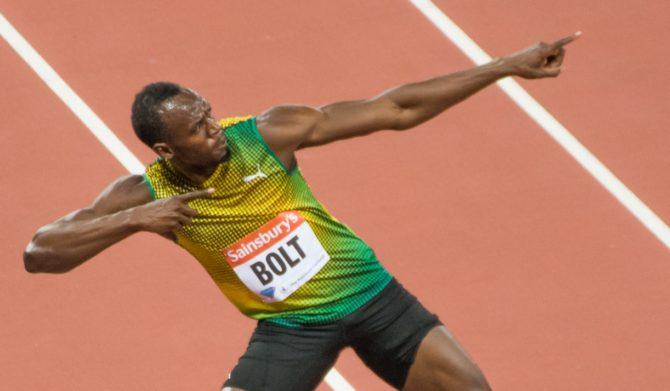 I think that if someone did a survey, Usain Bolt would be one of the most loved athletes in the world (actually, I am pretty sure there is such a poll somewhere). You just have to love this man, and here is another reason why.

Usain Bolt insists that anyone who wants to shoot him for an ad will do so in Jamaica. And there is some reason behind it.

Bolt believes that bringing ad agencies and shoots to Jamaica will provide jobs and money to the local community, so this is his way of giving back to the place he was brought up in.

On a profile story on Bolt that aired on Jamaican television he said that:

When we started out people always wanted to do the shoots in Miami, Los Angeles and all over the world …

… They used to say, ‘Oh, thanks for bringing the shoots here,’” he recalled. “We decided that you know what, we will be doing a lot more shoots. So any contract we sign, the shoot has to be in Jamaica. So we can give people jobs and help people. Over the weekends, we’ll have like over one hundred, two hundred people [working] depending on how big the shoot is….

…It [must be] in the contract that they’ll do the shoots here, unless they don’t have the equipment. But as long as they have the equipment, it has to be [done] here, so I can help the economy. I’ve helped a lot of people, and they always thank me. They would say, ‘Big up Usain, you really helped us, bringing the jobs here.’”

I am not sure about you, but I am even more impressed with Usain Bolt now.

[via iamajamaican, photo via wikipedia]

Just a Washer And a Bolt – An Ingenious Camera Stabilizer

A Washer And Bolt DIY C-Loop