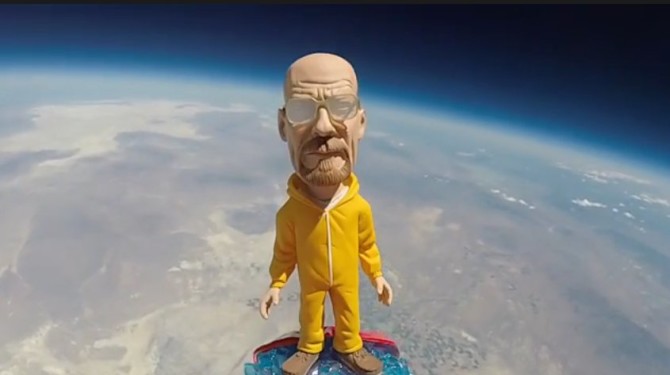 Up until not long ago getting a camera to space was a pretty big deal. With time we got cheaper cameras capable of taking decent footage, we developed lots of resources on getting a weather balloon up in space. So now taking aerial footage of earth from space is not such big of a deal. Unless of course, you are taking Walter White with you.

The team at tvtag wanted to make a viral video (which they did) so they loaded a bobble-head Walter White doll to go along with their gopro to space.

At the peak of Walter’s 6 hours journey Walt braved speeds of 95 mph, temperatures as low as -65F, and a maximum altitude of 85,000 feet (that is almost 26km for the metric folks).

What started as a bumpy ride, ended up when Walter hit max altitude and his balloon broke. 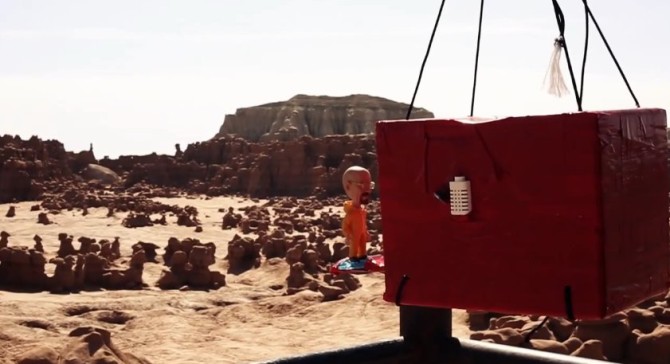 Walter’s body was recovered about 250 miles from where he was kicked into space, sadly his head was separated from his body 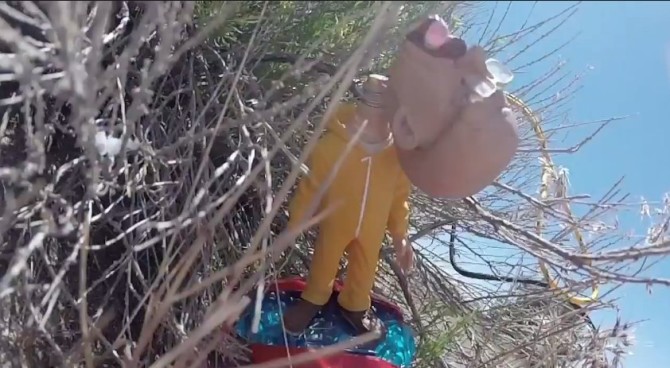 But Walter is not the only celebrity gone to space, here are some more balloon veterans:

The Man From Lego

Natural Light Beer (if you consider beer a celebrity)

« Neil Gaiman’s Advice For Creative People Is Harsh, True, And Mostly Optimistic
How To Build A 2 Sided Background With Cheap Galvanized Iron Sheets »